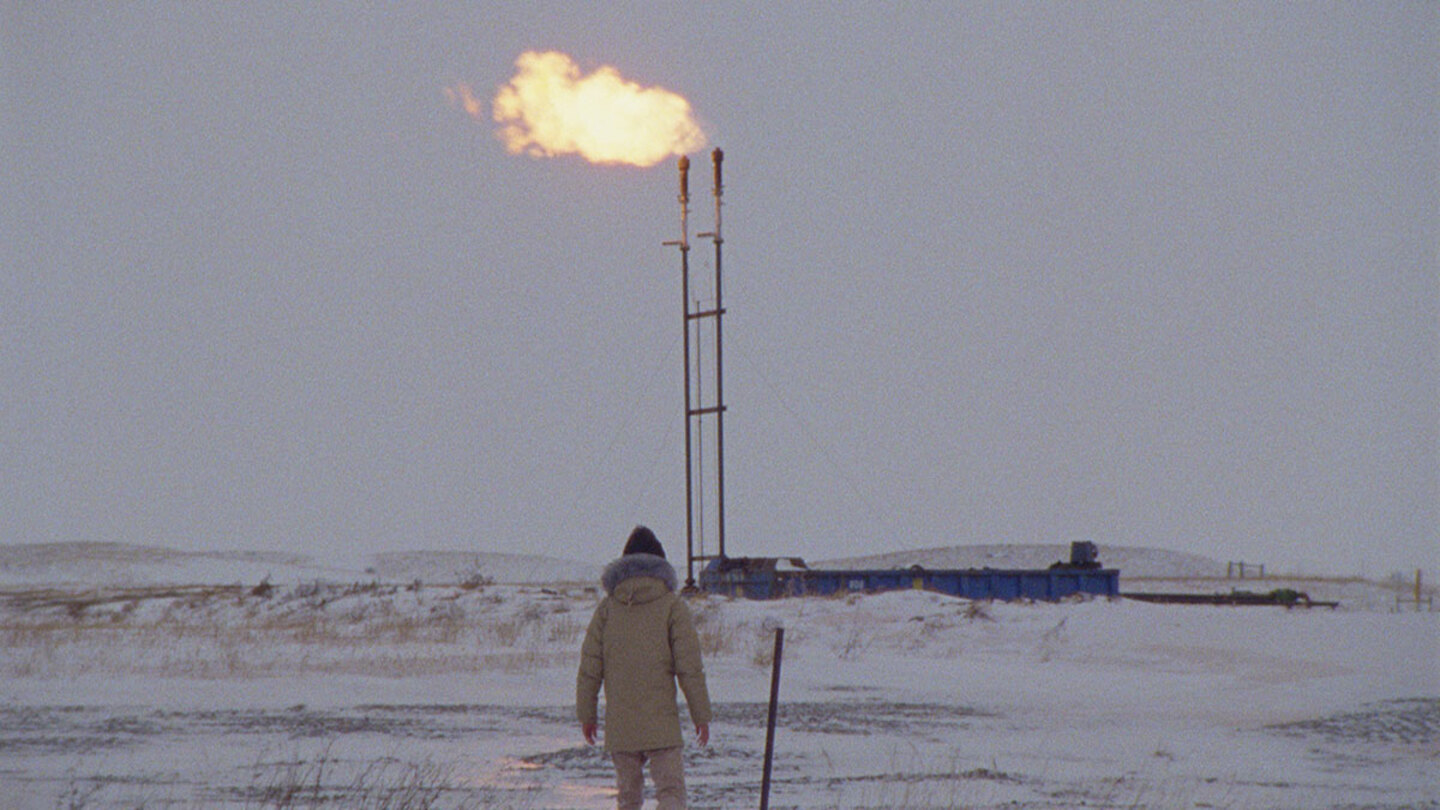 When I saw How to Blow Up a Pipeline last month at a small screening in Brooklyn, everyone walked out of the room in complete silence. Awe, inspiration, a little bit of hope—I left that theater vibrating with an energy I haven’t felt since the first time I saw Paul Schrader’s First Reformed. Now that the movie has premiered at Toronto International Film Festival, seen a wave of positive reviews, and been picked up by NEOM for a wide theatrical release, the little hope has swelled with the prospect that soon everyone will get to enjoy what is one of the best movies I’ve seen in years.

Director Daniel Goldhaber’s How to Blow Up a Pipeline is an adaptation of Andreas Malm’s manifesto of the same name. Malm’s text rests on an engaging philosophy and history of "nonviolence” that ends up not only justifying property destruction, but revealing how central it has been to struggles for justice ranging from anticolonial resistance across the Global South to America’s civil rights movement.

Goldhaber’s film relies on an ensemble cast who’ve lived their lives in the shadows of fossil fuel infrastructure. At the center of the film are two best friends who grew up next to a massive oil plant in Long Beach: Xochitl (Ariela Barer, who co-wrote the film with Goldhaber and Jordan Sjol) and Theo (Sasha Lane). Theo’s diagnosis with a rare form of leukemia and the death of Xochitl’s mother in a heat wave brings them together for a daring revenge plan: sabotaging a vulnerable section of pipeline that would prevent crude oil from West Texas from being sent to refineries in the Midwest and the Gulf of Mexico. Doing this, they reason, would prevent the physical exchange in Oklahoma that sets prices for West Texas Intermediate (WTI) futures contracts, one of the major benchmarks for oil prices.

Most of the reviews for How to Blow Up a Pipeline have compared the film’s structure to a heist thriller, specifically Ocean’s Eleven, and they’re right. Shawn (Marcus Scribner) is a film student who grows disillusioned with college divestment campaigns and, over a few put-your-phone-in-the-fridge discussions, joins up with Xochitil and Theo. He takes up a documentary project to meet people willing to fight back oil companies, leading him to Dwayne (Jake Weary), a man from West Texas fighting an oil company’s attempts to build more infrastructure through the area. Theo’s girlfriend Alisha (Jayme Lawson) is swayed in between their shifts at a food pantry. Michael (Forrest Goodluck), an Indigenous man who picks fights with men who come to help extract natural gas on the land, and his mother who works for a nature conservatory take to making amateur bomb videos on Tik Tok before Xochitl finds them. There are even some vaguely punk anarchists Rowan (Kristine Froseth) and Logan (Lukas Gage), who introduce a plot thread that I won’t reveal here.

The goal of this crew, like any good heist film, is to exploit several flaws in a system’s security to bring the whole thing down and make out with a treasure of incalculable value. The system here is how we transport and price crude oil, the flaws being relatively unprotected stretches of pipeline leading up to the places where that crude oil is traded and refined, and the incalculable treasure is the crippling of oil production and consumption nationwide. And yet, the heart of the movie is elsewhere.

Like First Reformed and Schrader’s other films, How to Blow Up a Pipeline features characters who are disgusted with some integral part of the modern world and insistent on doing something about it. Unlike Schrader’s films, however, that action isn’t self-destructive—it’s self-defensive. They’re all still dreaming of a better world despite the pain and suffering they’ve gone through. In First Reformed, we just see a flash of this: though Reverend Toller’s crisis of faith is simmering by the time the movie starts, his encounter with an eco-terrorist in his congregation blows it wide open. Just when you think his despair has consumed him, scrolling through videos of suicide bombers and ecological despair, his journal entry voice over kicks in: “No, I have not lost my faith” and he commits himself to a religious act of eco-terror, though still an ultimately self-destructive and nihilistic act.

In How to Blow Up a Pipeline, the only real acts of violence in the movie are by federal agents and oil company grunts who attempt to thwart the plan. The characters go to great pains to avoid actually hurting someone, even though they do acknowledge and debate one night about how the successful execution of this plan would definitely hurt people who rely on fossil fuels. That’s in line with Malm’s manifesto, which goes beyond simply advocating for property destruction and reminding people of its role in movements and actually fleshes out a stronger ideal of nonviolence that might risk alienating some in exchange for spurring more impactful responses.

Ours is a world where property rights are sacrosanct, where the major architects of our politics and economy and social relations—corporations, nation-states captured by them, wealthy individuals who fill both organizations—are first and foremost not moral actors. They seek profits, power, sovereignty, and to the degree that averting the worst effects of climate change makes sense, they’ll pursue that goal without sacrificing too much. But we already know that, when given the chance, the wealthy will lie to line their pockets, and put more effort into plans that save their own skin from the carnage they’ve unleashed.

A key argument in the book and its movie adaptation is that we’ve spent years, decades, appealing to their sense of morality. All it has achieved is driving us to the brink where we will have to try and limit how many millions (or billions) die in the coming century due to the effects of climate change driven by the use of fossil fuels. There have been some important successes in using government policy (bans, restrictions, subsidies, etc.) to deter investment in fossil fuel extraction and production, but will it be enough? We can keep pursuing those channels, but it’s important to keep a more assertive flank, as was the case in the civil rights movement, in the colonial independence movements, in the animal rights movement, and in countless other struggles that we recognize have had a huge impact on our lives.

We’ll have to become the investment risk, as Malm writes and as the film adaptation depicts, if there’s going to be any real hope for saving as much of humanity and its ecological niche as possible. The film starts with an act of sabotage—cutting the tires of an SUV and leaving a bright yellow one-page manifesto left on the window. Sabotage closes out the end of the film too—a new group blows up a yacht and leaves the same manifesto attached to a pole nearby. But with a wink and a nudge, you can almost hear the movie say that the sabotage doesn’t need to stop when the credits roll.