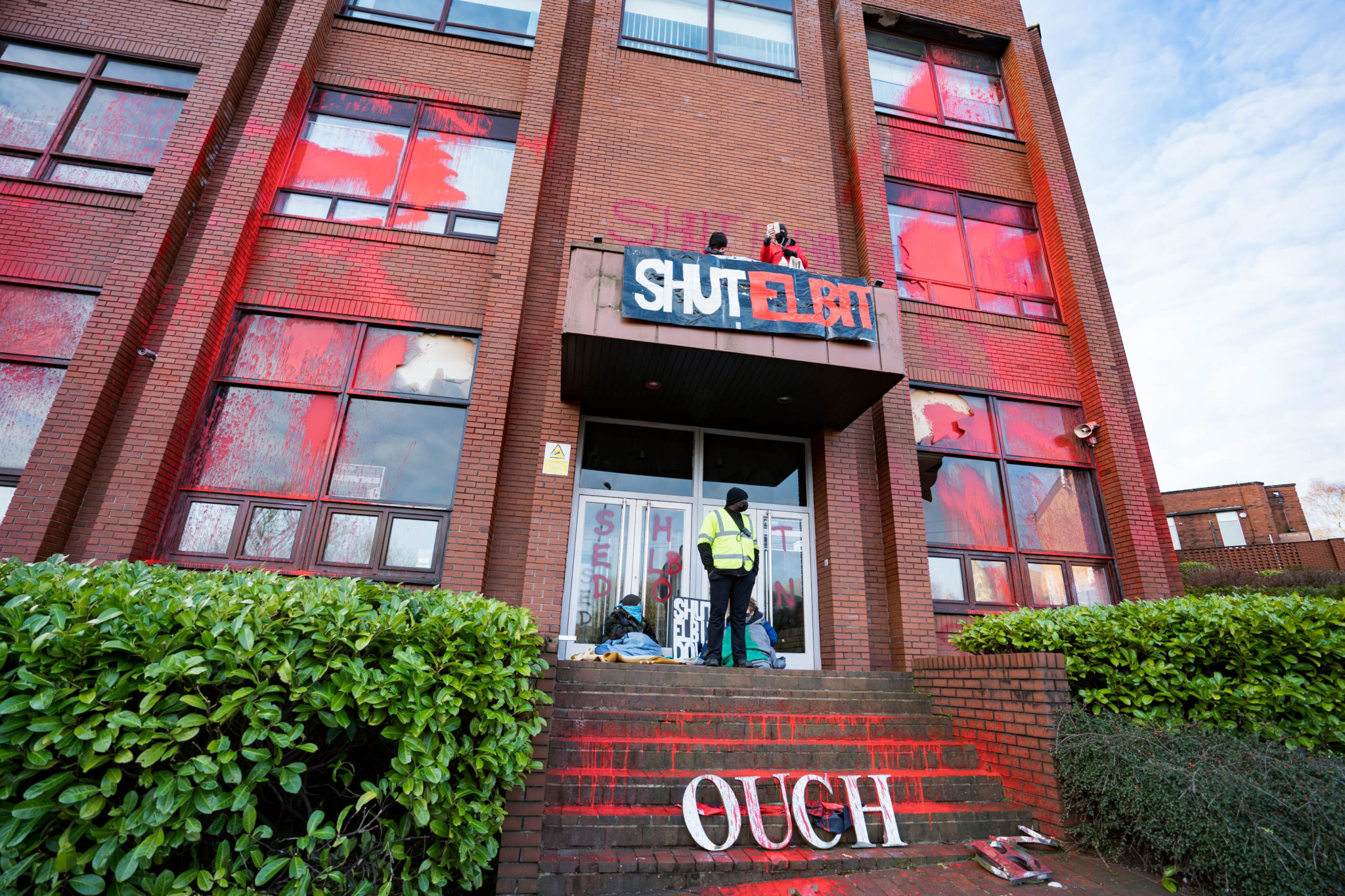 How to take direct action and not get nicked

A document from Palestine Action giving advice on how to take covert direct action while avoiding arrest. While this guide is focused specifically on taking action against the company Elbit, much of the advice here may be suitable for other situations.

How to take direct action and not get nicked!

Covert actions are great! You spend no time in police stations, they can be done quickly and require little planning, and most importantly they build real pressure on our targets and are very unpredictable! They are also fun. Anytime you do something and "get away with it" feels like a double win. And the complicit companies we target hate them and they get us closer to our principal goal of shutting down Elbit systems. Most of them to date have been done by small groups of friends, in fact you only need two of you! A few safety precautions are all that is needed and off you go! Let’s ShutElbitDown!

Face to face meetings are best- and leave phones at home or in a different room when you talk. If you have to go online, signal chats are good and secure – make sure to turn on disappearing messages on signal before sending out any messages to anyone else. Also remember the Palestine Action Actions Agreement at all times and especially "the need to know basis". Don’t talk outside your small group.

Either don’t bring a phone at all to the action, or bring a burner phone without any compromising information on it (Eg make sure signal is deleted off it beforehand, think about whether people would be compromised if the police accessed the text/call history). Since it’s most likely no one will have phones, make sure everyone is clear where and what time they are meeting before. The best way to have a phone as untraceable as possible is to buy a second hand phone off gumtree or eBay. You can often get an iPhone 6 for as little as £45. Buy a SIM card from a corner shop (many of them will sell these for 99p-£1) and a top up voucher for a phone company like giffgaff with cash. You have to register the SIM card, so do so under a fake email and with fake details. With giffgaff you can use the voucher code to buy a ‘bundle’ which has data and credit without having to register any personal details, so make sure to choose this option.

Make sure to wear unmarked, non-distinguishable clothing and shoes. Wear unbranded and plain clothing (ideally black) so that it is less easy to distinguish you. Cover your face with a mask, and if possible, wear a cap and a hoodie to hide your face.

If using public transport to get to the action, make sure you use an unregistered Oyster card topped up with cash so there isn’t a record of what transport you took or when. Make sure your face and head are covered before you get on any transport. If using a bicycle to get to the action, keep your head (and ideally face) covered when cycling there to minimise the risk of getting identified on CCTV. If there is security outside the building (which is unlikely), it may be easier to park the bike 5-10 minutes away and walk there to do the action if you don’t want to risk possibly losing your bike to security. A lone security guard inside a building is unlikely to exit the building to come after activists as they are there to ‘sound the alarm’ and would compromise the security of the building if they came out or pursued people.

Use gloves / latex gloves when handling equipment that will be used for the action (like spray cans, stencils, fire extinguishers etc) to avoid getting your fingerprints/DNA on sensitive objects. Where possible, try and buy any incriminating things needed for the action with cash, or if buying with a card, try and get a trusted friend who is not part of the group to buy it.

It is best to do a recce beforehand near to the time you intend to do the action. This can involve doing a ‘virtual’ recce by looking at the site on Google maps. When doing online searches, use ‘Duck Duck Go’ (rather than Google). Try and do the recce at a similar time as the action you will do. Please refer to the Palestine Action recce guide for detailed instructions.

Fire Extinguishers are a great addition to the covert activists arsenal. They cover a large area of the target’s premises in blood red paint in a short period of time. And its as easy as taking a pin out, holding a nozzle and pressing the trigger and out gushes the paint. In just a few seconds the whole building or windows are covered!! However spray paint is also good and getting slogans like evict Elbit or ShutElbitDown are great pressure building actions. Click here to read the Fire extinguisher guide.
Make sure to not leave anything behind as evidence. Bring something to film or hotograph the action with for social media. If filming on a phone, make sure to film horizontally. Remember to look out for each other, and enjoy it! Most security guards in the buildings are there just to alert superiors of your presence, and won’t come outside. Act speedily, but don’t be shy to stencil or spray paint your messages across the building. Every act is another reason for JLL to kick out Elbit Systems. Together we will win!

Email the video and/or photos of the action to actions@palestineaction.org. It is best to email from a proton mail account which is free and easy to set up. Send files using WeTransfer, and then delete from your phone/laptop once confirmed the files have been received. Check in on signal with the others who were part of the action to make sure you all left the area and got home okay as soon as back in a safe place. When checking in, be subtle – i.e write something unrelated to the action in your signal group chat just to show you are back safe rather than saying ‘did everyone get home safe?’.
If you are arrested during the action, don’t panic – ask for Kelly’s solicitors in Brighton when you get to the police station and make sure you make no comment to anything!