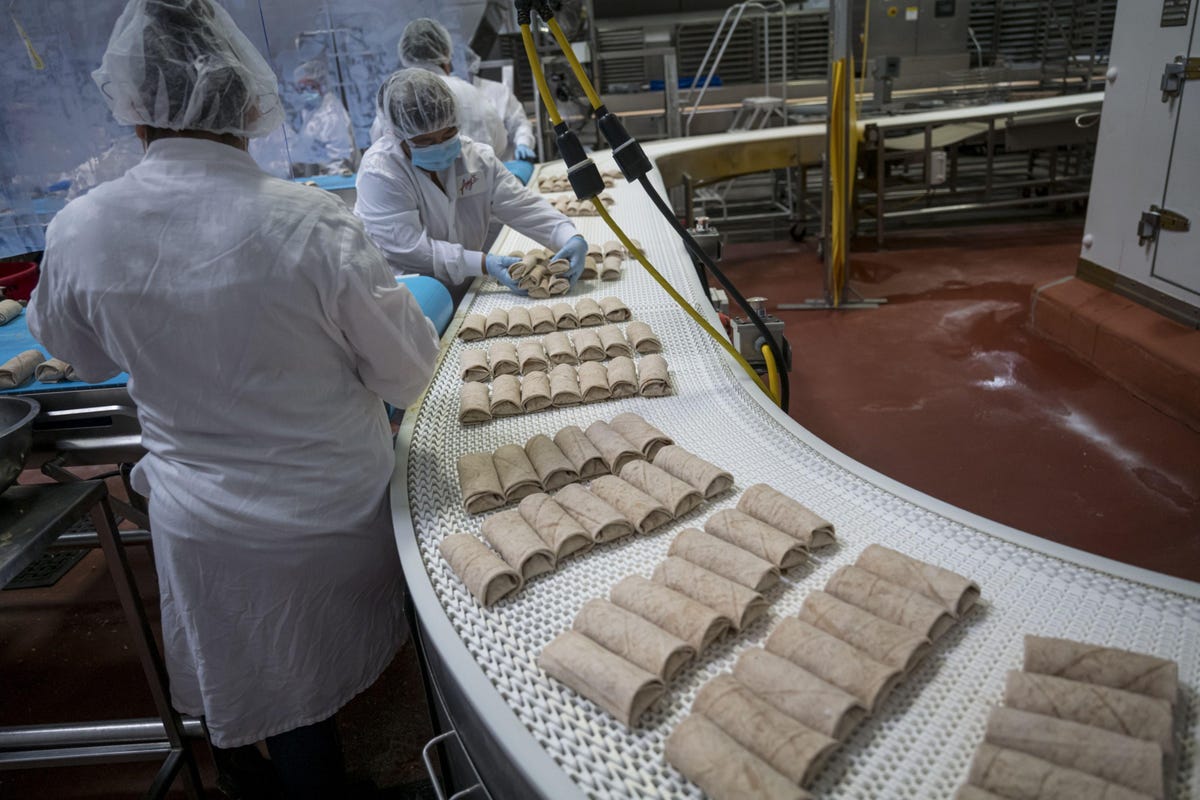 Hypocrisy At Amy’s Kitchen: Can A Food Company Be Truly Sustainable When It Comes To Worker Rights?

Over the last few months, workers at organic food giant Amy’s Kitchen have been publicly complaining about unsafe conditions at the plant, resulting in a series of negative media reports about a company that has long been the darling of both the organic and vegetarian food sectors. Still independent after 35 years, the family-owned, $500 million vegetarian company known for its soups, burritos, and frozen entrees is a stand-out in an industry that has been consolidating for decades.

But while the news for some has been surprising and disappointing, a deeper look demonstrates how Amy’s Kitchen is just the latest natural food company to be found out for its hypocrisy related to how it does business.

In addition, plant-based companies are proud of not using animal ingredients in their foods. (Amy’s makes both vegetarian and vegan foods.) That matters too, for personal health, the environment, and animal welfare.

For many companies like Amy’s, a “halo effect” can result, where the assumption is that a company espousing values related to sustainability and says you can “taste the love” in how their products are made, must also treat their workers well.

But sourcing more sustainable ingredients or not using animal ingredients does not necessarily mean a food company is good to its workers.

Indeed, the pandemic laid bare the painful reality that so many food workers experience. Facing increased demand for their products, workers say that Amy’s management sped up factory lines to the point where workers were getting injured.

For example, workers say they are expected to wrap 10-12 burritos per minute and an understaffed line was expected to assemble as many as 72 plates of food per minute.

Other allegations include lack of bathroom breaks and access to clean water. A complaint was filed with the California Division of Occupational Safety and Health (Cal/OSHA).

For its part, the company denies all labor abuse accusations:

“We always take any allegation regarding employee safety seriously. We have worked diligently to research and ensure that our working conditions are aligned with our values, policies and practices and are in full compliance with all regulations.”

After inspections of the Amy’s plant in Santa Rosa, California earlier this year, Cal/OSHA has fined the company over $25,000 for safety violations, it was reported on Friday. (The company had previously been fined over $100,000 from 2016-2019.)

This news comes on the heels of the company announcing a plant closure in San Jose, California that is resulting in 331 workers being laid off. The plant was just opened last March to much fanfare, so the closure came as a surprise. The company says inflation and supply chain challenges were to blame for increasing losses at the facility.

But a representative from the union UNITE HERE, which was trying to organize the plant, says the closure was retaliation for the unionizing efforts. Amy’s Kitchen has hired a consulting firm known for its union-busting tactics.

Meanwhile, some are calling for boycotts and so far, several small, independent retailers have dropped Amy’s products from store shelves in response to the labor abuse allegations.

Pressures to Compete and Grow

Over the decades, most vegetarian and vegan brands have been bought by large conventional food conglomerates, while a few have gone public. That’s generally how companies can remain competitive. It’s a grow or die mentality.

The pressure to keep up with demands from both Wall Street and consumers can result in trade-offs that give rise to inevitable hypocrisy. It’s hard to be truly “sustainable” when you’re competing in a food market that does not care about such values.

For example, Beyond Meat has been rocked with numerous production challenges lately, and recently announced its own elimination of about 40 jobs to cut costs.

Years ago, food giant Kellogg
K
purchased Morningstar
MORN
Farms, a leading brand of meat alternatives. Recently, workers there announced they are also organizing to form a union, saying they are “overworked” due to mandatory overtime.

And in 2020, meat alternative company No Evil Foods was accused of union-busting activities and settled claims with two former employees after the National Labor Relations Board found merit to the workers’ complaints. At the time, the company noted that its workers voted against the union drive and that “not all unions are good”.

Then in 2021, No Evil Foods suddenly laid off all of its production workers, choosing to outsource manufacturing. While such a decision is not unusual, the abrupt manner in which the company acted caused backlash, with some workers saying they were “blindsided” and hurt because they had chosen to work through the pandemic.

“As a now former employee of the San Jose plant, I’m very confused and lost with all that’s going on. As I arrived at my normal shift of 3am, I was quickly told by security and a Santa Rosa representative that the plant was officially closed down.”

Imagine showing up for at 3am only to be told your workplace was being shuttered.

For decades, most vegan activists have turned a blind eye to the hypocrisy that many food companies engage in. Food Empowerment Project has been a rare exception, often joining workers to fight injustice. The organization’s founder, lauren Ornelas expressed disappointment at the hypocrisy at Amy’s Kitchen. She told me:

“Unfortunately, these actions of not caring about their workers, the people who make them profitable, erodes what many of us feel – that veganism is about justice and compassion. Once a company shows total disregard for both, it makes me question everything the company says about themselves.”

This is the crux of the matter for any organic or plant-based food company’s reputation: when their stated ideals are called into question, the halo of being a sustainable food company is stripped away and everything they say becomes suspect.

None of this should really be all that surprising when you consider the largest retailer in the natural and organic foods sector, Whole Foods Market
WFM
, has a long history of being hostile to labor unions, with founder and CEO John Mackay infamously saying a union “is like having herpes”.

More recently in 2020 (post Amazon
AMZN
acquisition of the retail chain), Whole Foods Market was contacted by members of Congress demanding an explanation for allegedly tracking which stores were more likely to attempt to unionize, using heat-map technology, in potential violation of federal law. The letter said:

“We write to express our serious concerns regarding recent reports that Whole Foods is trying to interfere with workers’ rights by tracking and monitoring employees that you think might exercise their right to collective action and union organizing.”

And Amazon’s own union-busting tactics are well-documented.

Even the remaining independent companies such as Amy’s Kitchen are operating in a harsh economic system that does not prioritize people over profit. Still, that’s no excuse when these companies were meant to build a “better food system”.

Dave Murphy, long-time sustainable food advocate who has worked closely with the organic food industry on such policies as GMO labeling and organic standards agrees natural food companies should set a higher bar. He told me:

“It’s heartbreaking that an independently owned company would behave this way. Line speeds are important no matter what type of food is being produced. How can a company that bases its entire ethos on sustainability justify abusing its workers?”

In response to all the negative publicity, Amy’s Kitchen has done exactly what most conventional food companies would do: go on the PR offensive while refusing certain media opportunities, such as the San Francisco radio show Your Call, in which a former worker alleges we was fired for speaking out.

A company that declines to tell their side of the story when challenged only raises more questions about their credibility and honest intentions. Instead, they are doing PR on their own terms. Whether it’s on their social media or in local op-eds, the company is putting a few long-time management-level employees front and center to show how loyal they are to the company.

But corporate PR cannot negate the voices of the brave workers who are speaking out about the difficult conditions they are experiencing on Amy’s factory floor. This 6-minute video (made by More Perfect Union) of heart-breaking interviews with five women employed by Amy’s is difficult to watch and flies in the face of company claims it treats workers like “family”. To quote one worker, “the ‘family’ is getting sick”.

Let’s be honest, many natural food companies are not so “sustainable” after all.

They should stop pretending that they are.

I reached out to Amy’s Kitchen for a response to the Cal/OSHA fine, but they did not provide one in time.