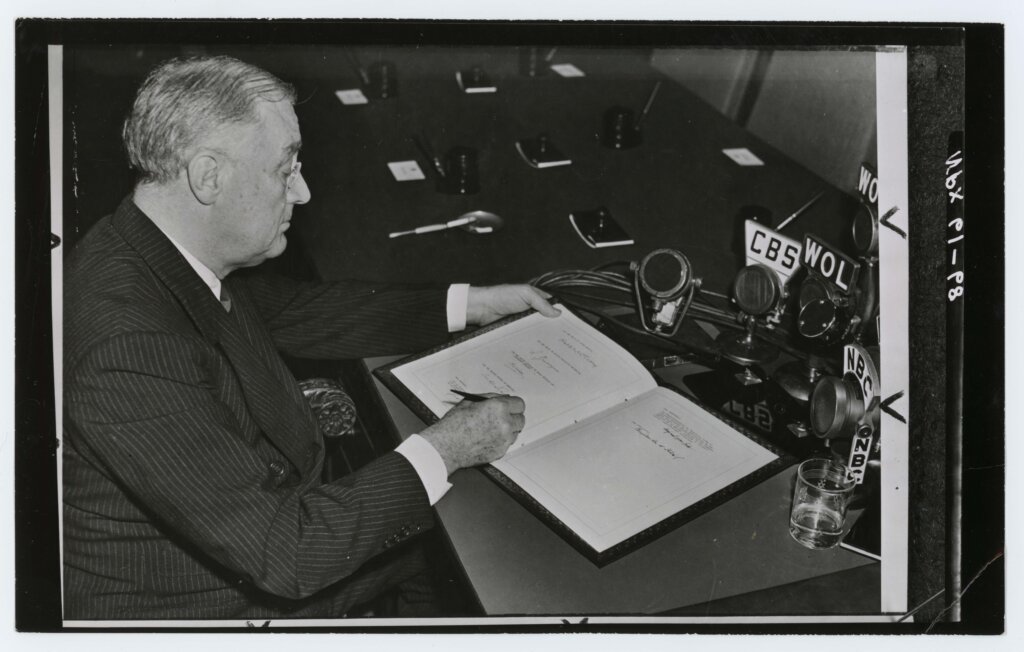 If the U.S. had acted, Anne Frank might still be alive — Ken Burns on the Holocaust

As America’s most famous TV documentarian, Ken Burns brings the spotlight to any topic to which he turns his camera. Over the past 40 years, these have included baseball, jazz, the national parks, the Civil War and the Statue of Liberty among many others. Announcement of a new project carries a certain amount of public expectation, and not just that his film will include the signature effect that bears his name — a filmic pan over a still photo. So, when, in 2015 Burns’ Florentine Films joined with the United States Holocaust Memorial Museum for a project entitled “The U.S. and the Holocaust,” educators, historians and the whole Jewish community were put on notice.

After 7 years of work by a massive team headed by Burns and his co-directors and co-producers Lynn Novick and Sarah Botstein, the documentary will have its first public broadcast Sept. 18. The Forward’s Dan Friedman spoke to Burns over the phone in advance of the documentary’s premiere.

Dan Friedman: Why this film now. Do you see this as timely? And why?

Ken Burns: What is so urgent about the story we’re telling here is that while it is a timeless story and important story to tell and one that reflects the most recent scholarship on the subject and our best storytelling ability — and I won’t work on a more important film — there is an urgency that comes from the fact that while making it, the film began to resonate more and more with the current period.

There’s a moment in the film where the great Holocaust scholar Deborah Lipstadt says “the time to stop a genocide is before it happens.” I would add that the time to save a democracy is before it’s lost.

The film includes the antecedents not just of antisemitism which has been around for millennia but also American racism — shown in the horrific African slave trade. Also the xenophobia, nativism and eugenics in the Depression that led to scapegoating and an increase in othering leading up to 1933 when Hitler came to power. With all that, we felt it necessary to dismount not when LBJ signs the law at the Statute of Liberty that changes the pernicious quota system of the Johnson Reed Act of 1924 but to take us to the present. As we’re hearing some of the cries from the course of the 19th century through the early decades of the 20th century.

One of the reasons why the Johnson Reed immigration act was so successful was this fear that the Protestant white majority was going to be replaced and of course you hear the chants in Charlottesville that “Jews will not replace us.” This seems to be an echo from the past talking to our present, or an echo of the present talking to the past.

You’ve covered some heavy subjects in the past like the Vietnam War, the Dust Bowl and even Nazism in “The Sharps’ War,” but did you approach the Holocaust any differently?

For example, Americans have hidden behind the skirts of, “Well we didn’t know what was going on,” or “That all happened over there,” but one of the reasons why we consciously began with Anne Frank is because we wanted to say that this familiar entry point for many people — particularly many students — is this young girl’s diary and it is entirely connected to us. We’ve got to acknowledge that recent scholarship has discovered how vociferously Otto Frank was trying to get to the United States.

But the process was the same. We don’t write the script in stone, as if it’s the tablets from Moses and edit that; we never stop writing. In fact, after we locked the picture, we unlocked it 150 times, usually to err on the conservative side to take out an adjective or to add a qualifying word like “perhaps.”

So how did this project come about?

We had the experience of working on “The War” — a film about World War II in which we had a fairly significant section on the Holocaust. In 2007, when we were promoting it we were startled to find that people had lots of questions that came from misinformation or disinformation or superficial conventional wisdom about the subject. We were peppered with questions like “Why did Franklin Roosevelt refuse to let the St. Louis dock?”  “Why was he an antisemite?” “Why didn’t we bomb the rail lines at Auschwitz?” And we began to think maybe we should do a film specifically on the U.S. and the Holocaust.

Seven years later I made a film about the Roosevelts with Geoffrey Ward who is also the writer of this (“The “U.S. and the Holocaust”) and “The War.” And, again, we had a significant section on the Holocaust and again those questions came out with those assumptions. So, in 2014 we really felt we needed to make a film to try and answer some of these questions from the perspective of the United States when the Holocaust museum in Washington approached us about an exhibition they were planning to mount called “The Americans and the Holocaust.”

We worked very closely with them [the United States Holocaust Memorial Museum] and they pointed us in many directions including to the survivors who became the beating heart of the story we’re trying to tell.

Was there footage that you had to leave out because of its sensitive nature, that you wished you could put in?

The footage we used in our World War II documentary was more horrific because we had a more sophisticated sense of how calibrated we were required to be from the sensitivity and complexity of the story. You don’t want to privilege the gaze of the perpetrator but at the same time you need to show the terrible stuff. Particularly, the little-known story of how many Jews were killed in the Shoah by bullets before gas was an implement of extermination.

So the particularities of that come from the home movies and the photographs taken by the German soldiers who were perpetrating this. We pulled back on familiar horrific footage to avoid desensitization that comes from showing too much of the gory stuff. It plays into a kind of irresponsible curiosity, a kind of war pornography that happens, so we were very careful. The liberation of Auschwitz is all contemporary war cinematography narrated by one of our survivors, Eva Schloss.

We still had to put in ghastly footage, particularly when American troops started liberating the concentration camps — not the killing centers in Nazi-occupied Poland but the concentration camps in Germany. And the world gets to see that, so we were obligated to show that, but not the worst of it. They say “if it bleeds it leads” but there should be a much higher and sophisticated sensibility that obtains.

But it’s not just the pictures. Already the phrase “six million” means nothing to anybody, it’s just completely opaque. You want to do as the writer Daniel Mendelsohn says in the film, you want to particularize it. You want to understand that these were real human beings who felt about their lives the way we feel about our own lives. That’s a really difficult thing to do from the bottom up, as well as giving a top-down geopolitical review of what happened in the Holocaust and its relationship to the United States.

That’s the thing. It’s U.S. and the Holocaust which is both U period S period —meaning the United States and the Holocaust — but it’s also “us” and the Holocaust. Because it’s so easy to blame the boldface names the FDRs or the pernicious antisemitism that existed in the State Department, but it’s the American people who made it impossible.

Paradoxically, though, to your question, by doing America and the Holocaust we had to reinvestigate and requestion our own assumptions about the event itself and to get more detailed about them. We’re not telling you what we already knew about the Holocaust, we’re sharing with you our process of discovery.

So, through the seeming limitation of the American lens, we were able to paint a more complete portrait of the Holocaust.

How did you feel while making this?

For the first three or four years of production I was the scratch narrator meaning it was my voice you would hear in the edit room. I broke down and cried many times reading it and then as a filmmaker watching it.

The whole premise of the Holocaust is based on making distinctions between people based on race or ethnicity. These are fallacies and fictions. There’s one race and that’s the human race, period, full stop.

It was a privilege and an honor to work on a subject of such importance and to work with these people, Geoff [Ward] I’ve worked with for 40 years, Lynn [Novick] for 30 years, Sarah [Botstein] for more than 20 years. To be flummoxed together, to be shocked and outraged together, to be traumatized. We all helped each other through the difficulties of making this. It was heartbreaking. It was a seven-year labor of love but it was heartbreaking at the same time.

I remember when I was a young boy my father making me watch “Judgment at Nuremberg” where the prosecutors pull down the shades and turn on the projector and some of the worst event footage is shown and he said to me, though I’m not from a Jewish family, “Never forget.” So it’s been something in my life for almost all of my life, certainly 60 years of my life.

We’re not responsible for the Holocaust. We did as much as any nation to try to relieve it both on the battlefield and in the number of people we accepted, but we failed ultimately because we did not yell loudly enough about it. We did not yell early enough about it, and we did not save as many people as we could have saved. We could even have filled the meager quotas and saved five times as many people as we did, but the state department was always changing the requirements, raising the bar, moving the goalposts, and making it too hard for even Otto Frank to get his visa. I think maybe if he had gotten his visa maybe Anne Frank would still be alive.

The post If the U.S. had acted, Anne Frank might still be alive — Ken Burns on the Holocaust appeared first on The Forward.