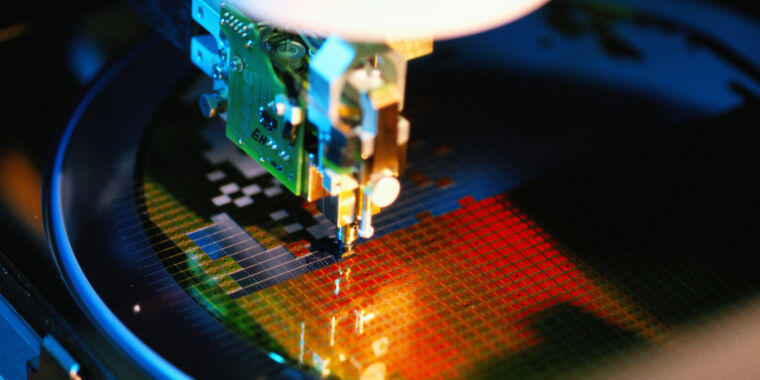 Is chip manufacturing sustainable? Not yet, but…

Earth Day was April 22, and its usual message—take care of our planet—has been given added urgency by the challenges highlighted in the latest IPCC report. This year, Ars is taking a look at the technologies we normally cover, from cars to chipmaking, and finding out how we can boost their sustainability and minimize their climate impact.

While chips have been in short supply lately, there’s also been growing concern about their environmental impact. Droughts and COVID caused factory (or fab) shutdowns just as the pandemic fueled a surge in demand for medical devices, tele-everything, and all the other gadgets to help people stay productive and less isolated. But the demand for chips has been growing for some time, making it important to ask whether meeting these demands is compatible with climate and sustainability goals.

The answer is that it’s a work in progress. Semiconductor manufacturers are building new facilities in Taiwan, the US, Europe, and elsewhere, providing an opportunity for the industry to incorporate sustainability from the very start. Doing so will help leading chip manufacturers meet voluntary pledges, such as reaching net-zero emissions by 2040 and 2050. These promises are encouraging, but they’re still shy of the urgent action needed, according to the latest Intergovernmental Panel on Climate Change report. And pledging doesn’t guarantee delivery—but contributions from researchers, external regulators, and consumers can help with that.

Keeping an eye on manufacturing

In 2020, a group at Harvard published research calculating the carbon emissions of computing—from component manufacturing through recycling, including energy use while the device is active. Their overview aggregated data from the publicly available sustainability reports of many of the biggest tech companies, including TSMC, Intel, Google, Microsoft, Facebook, and Apple. One of the biggest takeaways was that hardware manufacturing is now the dominant source of carbon emissions for many types of mobile and data center equipment.

This is good news from the perspective that innovations in performance and energy efficiency have been decreasing the carbon footprint of operating these devices. But the authors project that the global energy demands of the information and computing technology (ICT) sector will grow 7 to 20 percent by 2030, so further improvements to reduce manufacturing emissions are also urgently needed.

“The first priority is trying to use more renewable energy, and the second is definitely having more carbon accounting and reporting in the public, which is going to help so much,” said first author Udit Gupta. “I have seen that there is a lot more discussion around better accounting and reporting of carbon metrics across the technology spectrum, whether it’s massive data center-oriented companies like Google and Facebook or companies like Intel and TSMC. This is going to jumpstart the research area and get people to contribute and collectively start to brainstorm ideas and propose solutions to tackle this area.”

Gupta’s findings show that shifts to renewable energy have been a key factor in reducing the carbon emissions from semiconductor and hardware manufacturing so far. But even under optimistic scenarios, manufacturing is expected to continue being a large share of the sector’s carbon footprint.

“Chip manufacturers are making efforts, but it’s not going to happen overnight, unfortunately,” said co-author and group leader David Brooks. “One of the things that our article hopefully conveys—and that we’re really interested in getting people to understand—is that optimizing for sustainability and reduced carbon emissions is very different from optimizing for energy efficiency. Energy is important, but it’s only one piece of the puzzle because there are all these other factors like manufacturing and the role of renewable energy supplies.”

But how big of a carbon footprint are we talking about? Some peer-reviewed estimates calculate that the entire ICT sector is responsible for 1.8 to 3.9 percent of global greenhouse gas (GHG) emissions, with variations based on the underlying assumptions. Within the US, the Environmental Protection Agency calculates that the electronics sector contributed just 0.1 percent of the country’s 2020 GHG emissions.

These estimates encompass more than semiconductor manufacturing, and when it comes to chipmaking specifically, the most recent corporate sustainability reports from Intel and TSMC list their annual emissions as a little under 3 million and more than 9 million metric tonnes, respectively (those are scope 1 and 2 emissions, meaning emissions generated by their direct operations and purchased energy). To put that number in perspective, global GHG emissions in 2020 totaled 50 billion tonnes.

These numbers are relatively small compared to, say, the beef industry, which researchers recently found is responsible for nearly nine percent of total GHG emissions (although there are differences in reporting and underlying assumptions). But there are definitely reasons to make chip manufacturing more sustainable. By all estimates, there’s no end in sight to the demand for semiconductors. And chip manufacturing requires sizeable quantities of energy and water; many natural resources such as cobalt, lithium, and gold; and a variety of hazardous chemicals such as perfluorocarbons (PFCs), which have global warming potentials of up to 10,000 times greater than CO2.