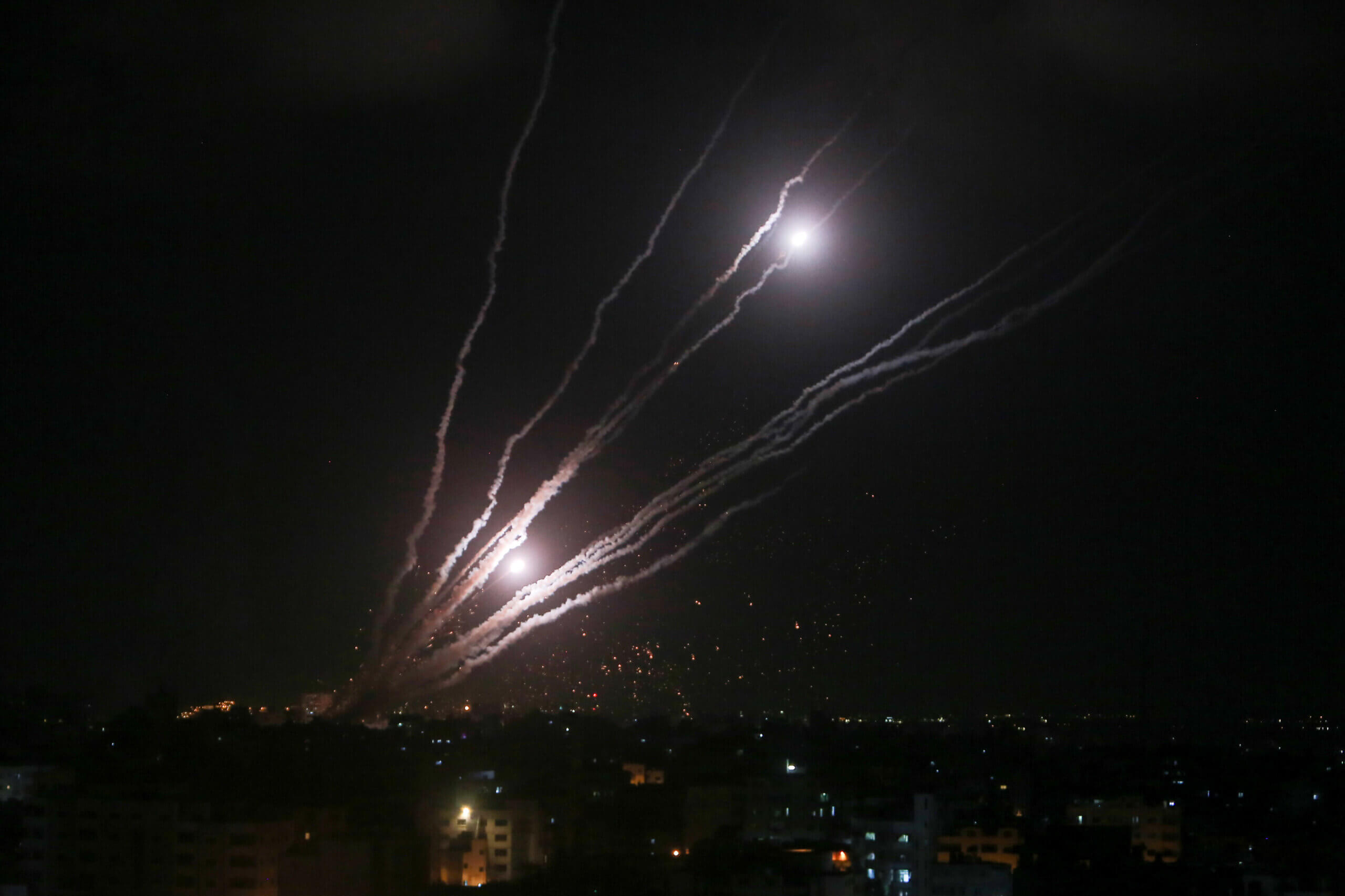 Israel and the Palestinian militant group Islamic Jihad announced a cease-fire late Sunday after three days of aerial attacks that killed at least 44 people in the Gaza Strip, including at least two key Jihad commanders.

Palestinian health officials said 44 people had been killed since Friday by Israeli airstrikes, including 15 children. More than 300 others were injured. Israeli officials counted some 600 rockets fired from Gaza into Israel over the weekend, and said scores of Israelis were lightly injured fleeing them. Rockets launched toward Tel Aviv and Jerusalem were thwarted by Israeli defense systems; some hit in the cities of Sderot, near the Gaza border, Ashkelon, about 15 miles north, and Beersheba, in the desert to the southeast.

The aerial exchange that began Friday was the most significant flareup between Israel and Gaza since the 11-day conflict in May 2021 that killed about 250 Palestinians and 14 people in Israel, and also ignited violence between Arabs and Jews inside Israel’s mixed cities. Hamas, the far larger Islamist group that rules Gaza, was not involved in this round of fighting.

The Israeli military said some of the Palestinian children killed were hit by a Jihad-misfired rocket that landed in northern Gaza. It also said it had assassinated two key commanders of the militant group: Khaled Mansour, a leader in souther Gaza, and Taysir al-Jabari, from the north, the day before.

Prime Minister Yair Lapid said earlier on Sunday, before the ceasefire, that the fighting would “continue as long as necessary.” Shortly before the cease-fire was announced, Israeli news sites reported that Lapid had told local municipal leaders: “The goals have been achieved. There’s no benefit in continuing the operation,”

Rockets fired toward Jerusalem were intercepted Sunday by Israeli defense systems as the police escorted hundreds of Jews through the Temple Mount for Tisha B’av, the day that commemorates the destruction of the First and Second Temples on that site. It is the saddest day on the Jewish calendar.

The airstrikes began on Friday after months of simmering violence between Israeli forces and Palestinians. The New York Times reported that Palestinians have killed 19 people inside Israel and the West Bank since March, and cited United Nations data saying that Israeli forces had killed about 40 Palestinians and arrested many more over the same period. Among them was Shireen Abu Akleh, a  Palestinian-American journalist for Al Jazeer who was fatally shot while covering protests of an Israeli raid in Jenin, sparking international outrage.

Palestinian health officials had warned Sunday that medical services would be shut down within 48 hours for lack of fuel, after Gaza’s lone power plant was off for 12 hours Saturday. On Thursday, Gaza’s electricity company had announced it was cutting power from eight hours a day to two because Israel had halted the supply of diesel fuel and closed borders to the strip on Tuesday.

Click here for live updates on the cross-border violence from our partners at Haaretz.

The post Israel and Islamic Jihad reach cease-fire after three-day escalation appeared first on The Forward.