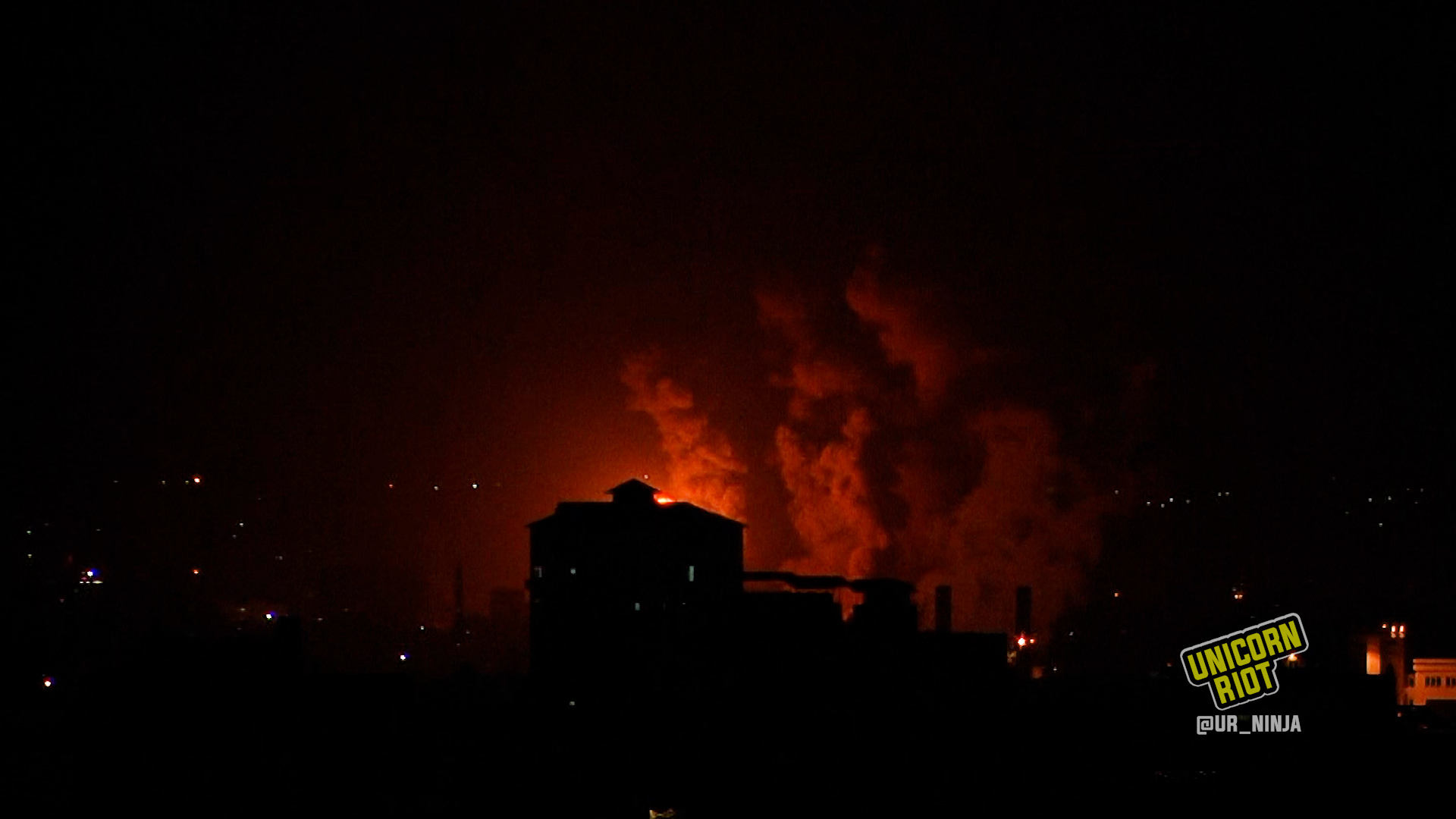 Israeli airstrikes targeted the Gaza Strip for the second time in three nights in the early hours of April 21, 2022. The bombings followed a missile fired from Gaza that landed near a house in Sderot.

A rocket launched from Gaza was fired at southern Israel on Wednesday night, the Israeli military said. According to reports, the rocket fell in an open area next to a house in Sderot. The Iron Dome missile defense system was not activated. Shrapnel landed in the house’s yard, causing several people to suffer from shock, including a man in his 70s who evacuated to a hospital in Ashkelon. The rocket fire had triggered sirens in Sderot and Kibbutz Nir Am.

The military has been preparing for the possibility that rockets would be fired from Gaza this week following violent raids by Israeli forces at Al-Aqsa Mosque in Occupied East Jerusalem.

Intelligence officials have made the assessment that Hamas will not endanger any progress it has made since the last round of fighting last year, but that the current security situation is fragile and that radial elements from organizations in Gaza might try to fire rockets.

On Monday night, the first rocket in four months was launched from Gaza and was intercepted by Israel’s Iron Dome air defense system. Israel responded by dropped three bombs on Hamas site.