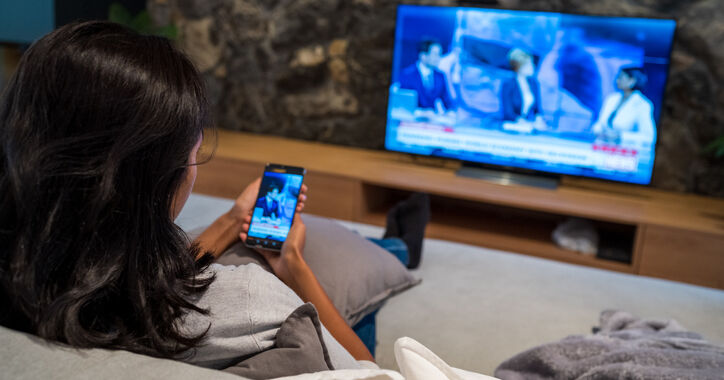 The past two election cycles have seen an explosion of attention given to “echo chambers,” or communities where a narrow set of views makes people less likely to challenge their own opinions. Much of this concern has focused on the rise of social media, which has radically transformed the information ecosystem.

However, when scientists investigated social media echo chambers, they found surprisingly little evidence of them on a large scale—or at least none on a scale large enough to warrant the growing concerns. And yet, selective exposure to news does increase polarization. This suggested that these studies missed part of the picture of Americans’ news consumption patterns. Crucially, they did not factor in a major component of the average American’s experience of news: television.

To fill in this gap, I and a group of researchers from Stanford University, the University of Pennsylvania and Microsoft Research tracked the TV news consumption habits of tens of thousands of American adults each month from 2016 through 2019. We discovered four aspects of news consumption that, when taken together, paint an unsettling picture of the TV news ecosystem.

We first measured just how politically siloed American news consumers really are across TV and the web. Averaging over the four years of our observations, we found that roughly 17% of Americans are politically polarized—8.7% to the left and 8.4% to the right—based on their TV news consumption. That’s three to four times higher than the average percentage of Americans polarized by online news.

Moreover, the percentage of Americans polarized via TV ranged as high as 23% at its peak in November 2016, the month in which Donald Trump was elected president. A second spike occurred in the months leading into December 2018, following the “blue wave” midterm elections in which a record number of Democratic campaign ads were aired on TV. The timing of these two spikes suggests a clear connection between content choices and events in the political arena.

While these figures may seem intimidating, it is important to keep in mind that even among TV viewers, about 70% of right-leaning viewers and about 80% of left-leaning viewers do switch their news diets within six months. To the extent that long-lasting echo chambers do exist, then, they include only about 4% of the population.

Partisan segregation among TV audiences goes even further than left- and right-leaning sources, we found. We identified seven broad buckets of TV news sources, then used these archetypes to determine what a typical unvaried TV news diet really looks like.

We found that, compared to online audiences, partisan TV news consumers tend not to stray too far from their narrow sets of preferred news sources. For example, most Americans who consume mostly MSNBC rarely consume news from any other source besides CNN. Similarly, most Americans who consume mostly Fox News Channel do not venture beyond that network at all. This finding contrasts with data from online news consumers, who still receive sizable amounts of news from outside their main archetype.

Finally, we found an imbalance between partisan TV news channels and the broader TV news environment. Our observations revealed that Americans are turning away from national TV news generally in substantial numbers—and crucially, this exodus is more from centrist news buckets than from left- or right-leaning ones. Within the remaining TV news audience, we found movement from broadcast news to cable news, trending toward MSNBC and Fox News.

Exposure to opposing views is critical for functional democratic processes. It allows for self-reflection and tempers hostility toward political outgroups, whereas only interacting with similar views in political echo chambers makes people more entrenched in their own opinions. If echo chambers truly are as widespread as recent attention has made them out to be, it can have major consequences for the health of democracy.

Our findings suggest that television—not the web—is the top driver of partisan audience segregation among Americans. It is important to note that the vast majority of Americans still consume relatively balanced news diets.

However, given that the partisan TV news audience alone consumes more minutes of news than the entire online news audience, it may be worth devoting more attention to this huge and increasingly politicized part of the information ecosystem.

This article is republished from The Conversation under a Creative Commons license. Read the original article.