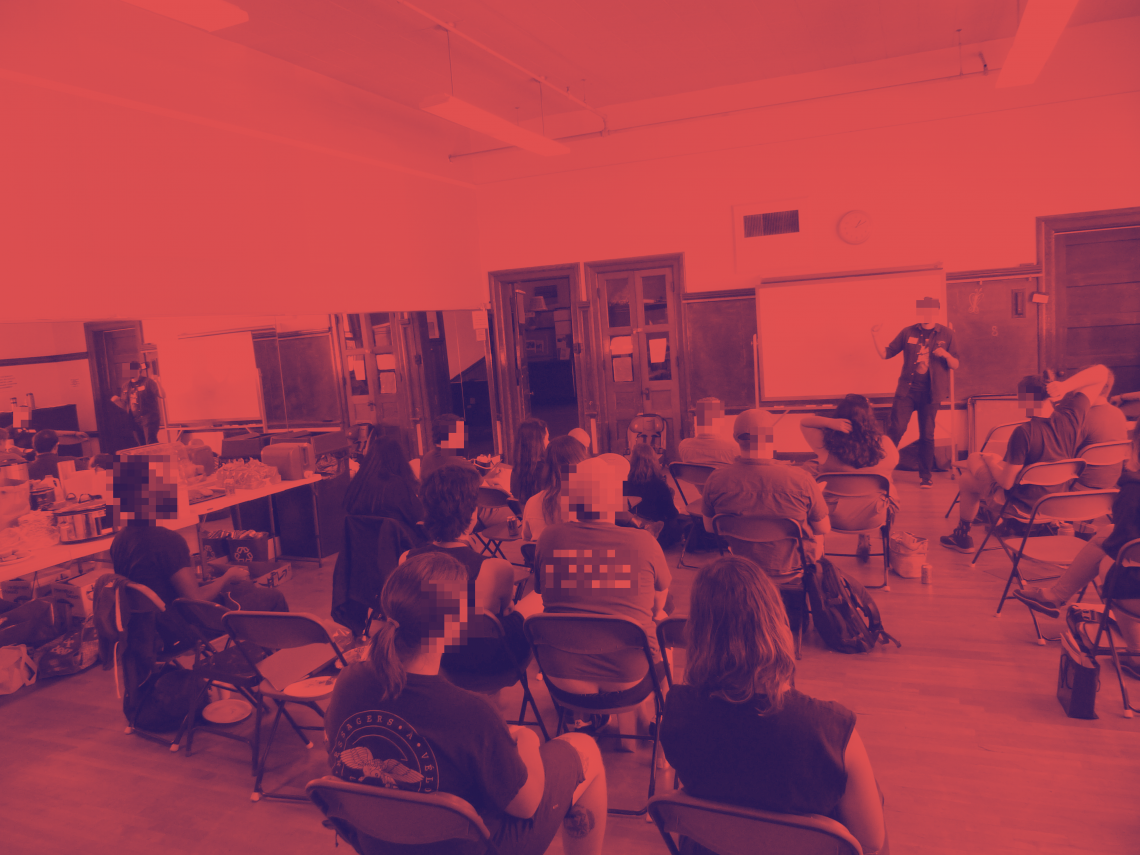 As employers continue to use the ongoing COVID-19 pandemic to amass record profits, more and more workers are reaching out to labor unions for assistance with organizing their workplaces.

For the Industrial Workers of the World, a labor union that trains workers to be organizers, this has meant finding new ways to build capacity for assisting workers who reach out for help.

To that end, the IWW’s Organizing Department Board recently launched the Branch Development External Organizer Shadowing Program, with the purpose of increasing both the number of union members who can assist workplace organizing efforts from the outside — also known as “external organizers” — and the number of local IWW branches capable of supporting campaigns on their own.

Aaron Conway-Fuches, an IWW member who serves on the Organizing Department Board and helped develop the new shadowing program, describes it as important to getting the union to a place where the majority of members are organizing in their workplaces, with a sizable team of external organizers to aid new campaigns.

“The goal is for even a very small branch without many of their own experienced people to be able to build up their own apparatus to support anyone who reaches out to them,” he says.

“Any worker has the potential to be an organizer,” says Conway-Fuches. “Ideally, everyone in the union will be somebody who can organize. That’s not to say, though, that everyone knows organizing best practices.”

While the IWW’s flagship organizer training program, the Organizer Training 101, teaches those best practices, Conway-Fuches admits that it isn’t always practical to get workers into the multi-day training. That’s where external organizers come in.

“The primary role of the external organizer is to bridge the gap, so that you can reach out to us and get organizing from day one,” says Conway-Fuches. “An external organizer is somebody who can talk you through the early steps, check in with you on your tasks, provide feedback and give you an idea of how to organize your workplace.”

Molly D, who also serves on the Organizing Department Board, saw the need for mentorship in the IWW and was excited to help Conway-Fuches develop the new program.

“Branches need help with external organizing,” she says. “We’re hearing that from members, so having a shadowing program follows the path that the union is going toward — which is getting us all better at talking to workers, organizing in our own workplaces and understanding the role that an external organizer plays in getting a campaign up. Learning how to do that is something we’re really cultivating right now as a union.”

The new program is open to every IWW union and branch in North America. Branches can vote to join the program and elect one or two members to participate.

“The most important thing — because part of this is about branch development — is that you can connect with the rest of your branch and you’re able to work with people in your branch to create this kind of support structure,” he adds.

Once an IWW member is chosen by their branch to participate in the program, they will begin sitting in on meetings with workers interested in organizing. After completing the Organizer Training 101 and observing three meetings with the same worker, the participant is considered for the next level of shadowing, referred to as a “junior external organizer,” where they begin handling meetings with workers alongside a more experienced organizer.

Conway-Fuches is optimistic that the program will lead to a new wave of experienced organizers, who will be ready for whatever comes next.

“One of the most important parts of organizing is looking at how you replace yourself,” he says.

“Shadowing is already happening in the union,” says Molly D. “So I like to think that this is just making it easier and more accessible to more members.”