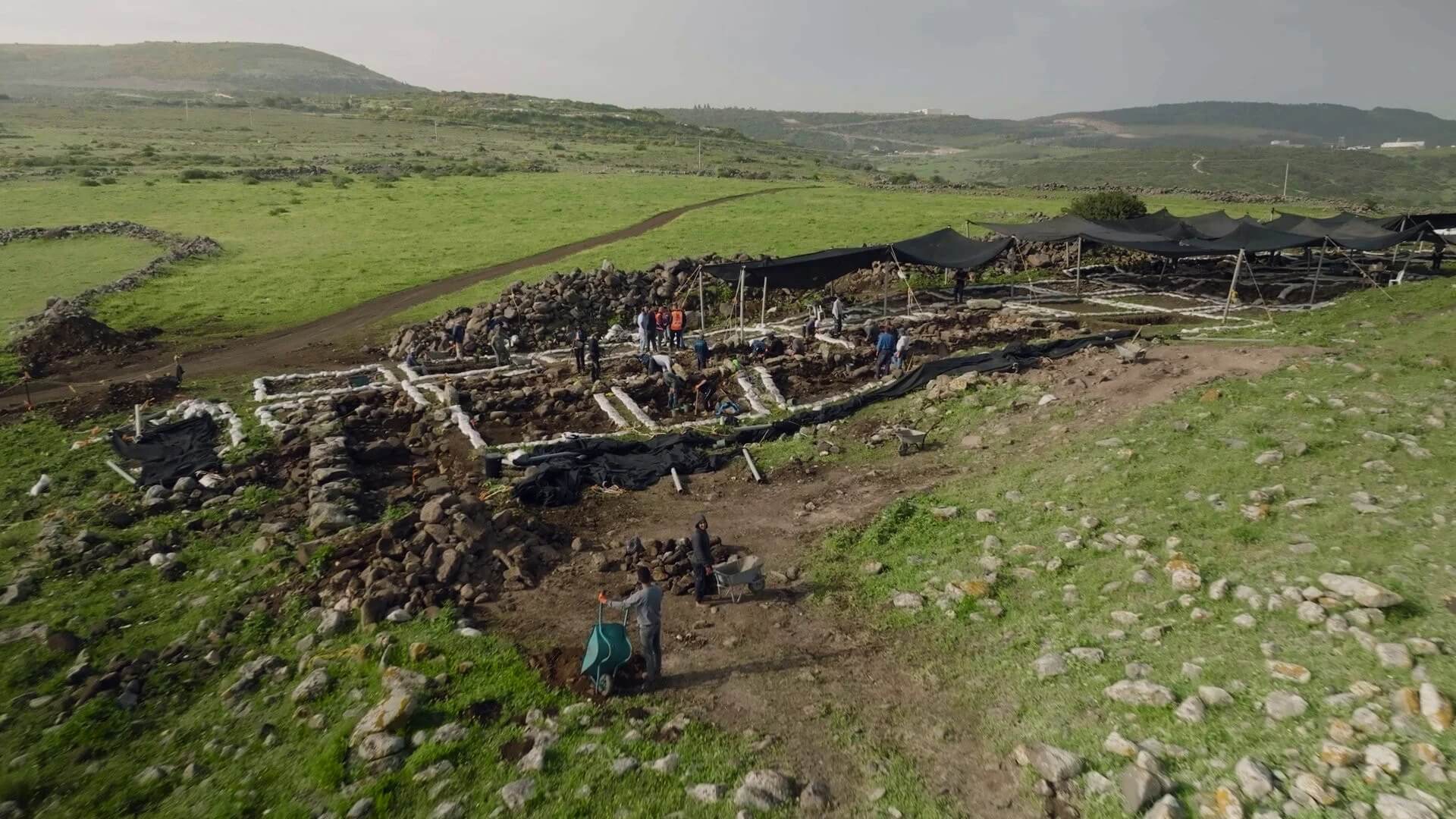 Dig a hole in Israel, and you may well find something. The latest revelation thanks to infrastructure works is the discovery of a 2,100-year-old farmstead in the Galilee – which seems to have been abandoned in haste, the archaeologists suspect.

Coins, the pottery and other finds date the farm at Horvat Assad to the late second century B.C.E., which was the Judean Hasmonean period, the Israel Antiquities Authority announced on Wednesday.

How can one know the inhabitants suddenly abandoned it? It’s like a time capsule, says Dr. Amani Abu Hamid, director of the excavation on behalf of the Israel Antiquities Authority.

Dozens of loom weights were left on the shelves. Intact pottery jars were found, which in and of itself is unusual in archaeological contexts. Among other things, the archaeologists found iron farm gear, including picks and scythes, which would presumably have been quite precious.

Thus, the general impression is that the inhabitants grabbed whatever was most important to them and fled – as opposed to, say, merely moving house, in which case they would have taken the household wares, weaving gear and everything with them, she explains.

Who might have lived there? They don’t know yet, Abu Hamid says.

What the find is saying remains to be elucidated, but something had to have happened, some danger loomed, to cause the inhabitants of this farmstead to suddenly leave, she speculates. At this point, we do not know what this danger might have been, but hopefully future research will shed light on its nature, she says.

One theory – entirely speculative at this stage – is that the inhabitants were pagans who feared the approach of Hasmonean forces.

Asked if the problem could have been disease – an apposite question in this time of pandemic – Abu Hamid answers that no bodies have been found, so that theory is unlikely. What we do know is that 2,100 years ago when this farmstead was abandoned, the Hasmoneans were expanding into the Galilee.

By the way, the infrastructure works in question this time involved the water company, Mekorot, which is advancing with a controversial project to pump artificially desalinated water into the Sea of Galilee.

Why would anybody want to do that? Heavy winter rains in the last few years have refilled the Sea of Galilee, aka Lake Kinneret, after years of drought. This April, the lake approached its “maximum capacity” – which is a euphemism for “it’s very high.” In the past, the lake had supplied fresh water to much of Israel, but officialdom had the foresight to realize even before climate change began to hit that in semi-arid Israel, relying on the lake was problematic and began to build desalination facilities.

Now a project slated to cost about a billion shekels ($300 million) – and what major infrastructure project ever finished within its budget? – is afoot, to pump water taken from the Mediterranean and desalinated into the Sea of Galilee, which would serve as a sort of reservoir of fresh water even in dry years.

Many dry years are expected: the climate change forecast for this region speaks of intensifying desertification. Among the criticisms of the project are that desalination is an energy-intensive process that will exacerbate climate change. Meanwhile, the IAA notes that Mekorot financed the salvage excavation of the farmstead.