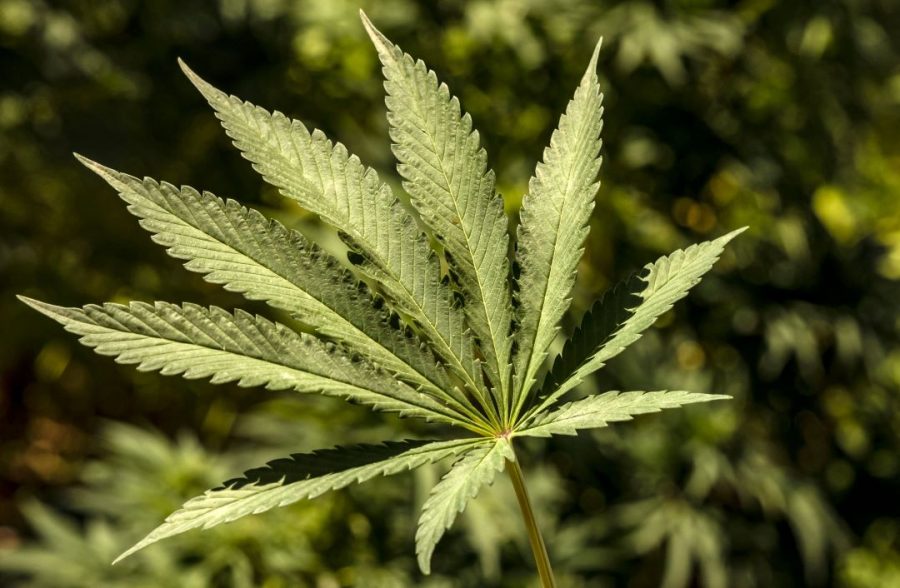 President Joe Biden will pardon thousands who’ve served federal time for marijuana possession. That’s a step in the right direction, but there are still plenty of people serving federal time for weed offenses. Biden should pardon them too, like he promised.

Joe Biden repeatedly promised on the 2020 campaign trail that he would pardon everyone serving time in federal prisons “for marijuana” and expunge their records. Last week he seemed to belatedly carry out that promise, announcing with great fanfare that he was issuing “thousands” of pardons.

The problem is that he’s now reinterpreted his previous talk of releasing everyone in federal prison “for marijuana” in such a narrow way that his pardon won’t release even one federal prisoner. It only applies to federal convictions for “simple possession” — a crime for which literally no one is currently serving time in federal prison.

A man I interviewed earlier this year, Daniel Muessig, just started a five-year stint in federal prison for selling marijuana. No one has accused Daniel of messing around with hard drugs or doing anything violent, so he assumed Biden’s campaign promise applied to him and energetically campaigned for him while he was waiting to see what would happen to him in court. Daniel, and thousands of others in similar or worse situations, will remain in prison.

It’s been argued that Biden’s announcement will “ease negative consequences” with regard to “housing, employment, and student financial aid” for the thousands who have served federal terms for simple possession in the past. It could also help inspire some governors to release some of the tens of thousands of people who are in state prisons for simple possession. And Biden also announced the beginning of a process that might eventually lead to marijuana being taken off Schedule 1 — the federal government’s classification for the most dangerous drugs with no accepted medical uses.

All in all, it’s a baby step in the right direction. But it falls well short of his campaign promise and leaves thousands of people languishing in federal prison for nonviolent marijuana offenses.

Ending the war on cannabis is wildly popular. According to a Gallup poll last year, 68 percent of Americans support not just pardons but full federal legalization. That poll found that even Republicans were split down the middle on the issue, with 50 percent supporting full legalization and 49 percent opposing it. Other polls in the last few years have showed a somewhat larger Republican majority for legalization.

Unsurprisingly, then, hardly any of the major figures on the Right denounced Biden’s pardons. Laura Ingraham half-heartedly fretted about the slippery slope from pardoning marijuana users to legalizing hard drugs. Ben Shapiro awkwardly granted that he didn’t think anyone who was truly guilty only of possession should be in prison but, casting around for a reason to oppose Biden’s move, said that the pardons were “bad policy” because they could free people who’d sold marijuana but pled down to possession.

He’s right that some people end up in prison on a “simple possession” charge because they pled down from “intent to distribute.” Conversely, some people who really do plan to personally use everything they have end up getting charged with “intent to distribute” based on no evidence except having too many ounces for “simple possession.” And it’s naive to simply take it on faith that everyone is guilty of everything prosecutors initially throw at them before making a plea deal.

But let’s pretend for the sake of argument that every single person benefiting from Biden’s pardon pled down. Either Shapiro is unaware that no such people were serving time in federal prison when the pardons came down, or he’s passionate about forever denying anyone who was busted for selling weed in 2009 access to federal student loans.

Extreme right-wing senator Tom Cotton tweeted that Biden was “soft on crime,” but even he couldn’t seem to specify which crime Biden is being soft on in this particular case. In 2022 even Cotton’s base would raise an eyebrow or two at the senator being quite this alarmist about marijuana.

Once again, Biden’s response to record overdose deaths and murders is to be softer towards crime.

But even in the political atmosphere of 2022, Biden couldn’t bring himself to pardon nonviolent first-time offenders serving time in federal prison for, say, possessing a few pounds of weed “with intent to distribute.” The idea of any Republican anywhere getting the tiniest bit of political juice out of getting to say that Biden might have released a few “drug dealers” from federal prison was too terrifying for Biden to carry out his original promise.