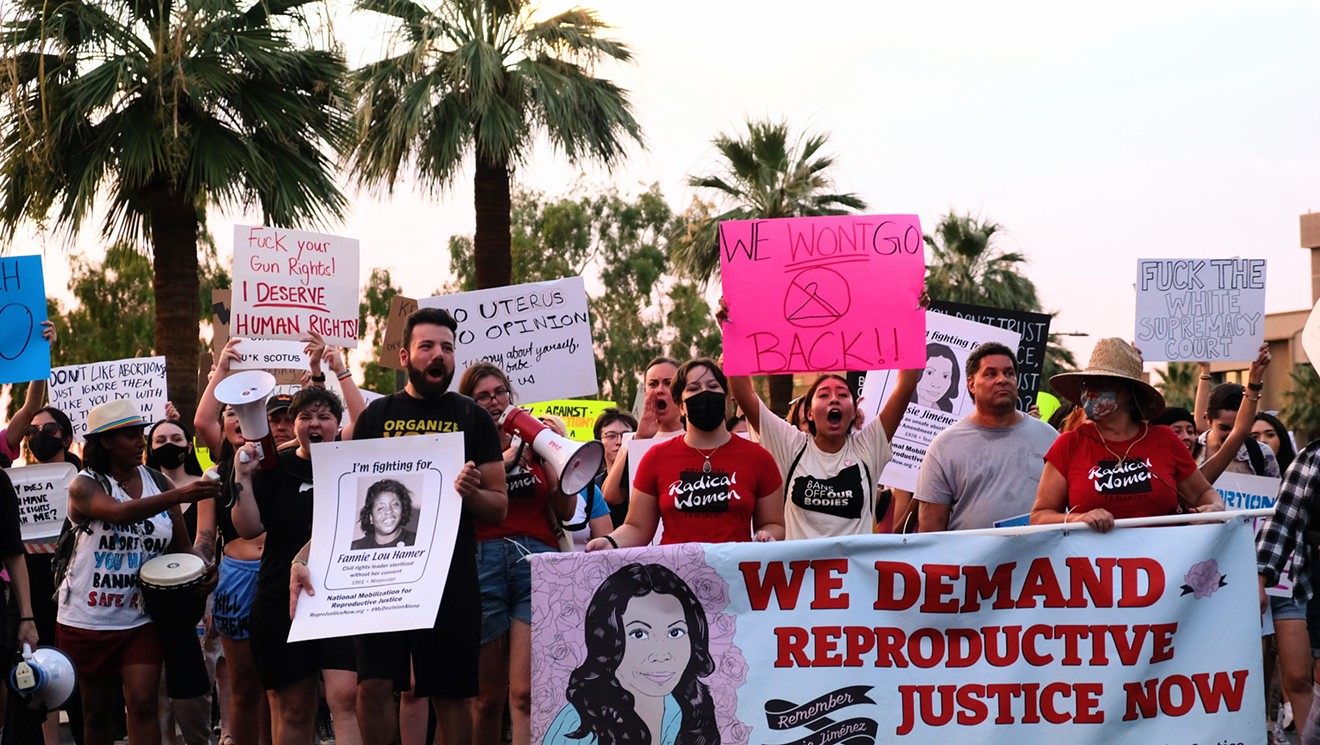 A sweeping abortion ban that dates back to 1864 is once again the law of the land in Arizona, according to a Pima County judge.

Superior Court Judge Kellie Johnson issued her much-anticipated ruling in a key abortion case on Friday. The ruling is a serious blow to reproductive rights in the state.

Planned Parenthood has indicated it will appeal the ruling, which leaves some uncertainty over what happens next. But for now, virtually all abortions are banned, with no exception for rape or incest except in cases where the mother’s life is threatened. It is now a crime to perform an abortion, with mandated prison time of at least two years.

The case in question dates back to 1971, when Planned Parenthood sought to override this territorial ban on abortions. When Roe v. Wade was decided in 1973, Planned Parenthood was successful and a judge enjoined the law, preventing it from taking effect.

But it was never taken off the books.

Soon after Roe was overturned in June, undoing the longstanding nationwide right to an abortion, Arizona Attorney General Mark Brnovich sought to enforce the old law. He petitioned for the injunction to be removed. Planned Parenthood opposed the move and said the law conflicted with numerous other abortion laws passed in the years since 1973. That included a 15-week ban on abortions that Governor Doug Ducey signed in March. That law is scheduled to take effect on September 24.

Johnson disagreed with Planned Parenthood and said the organization can raise those arguments in a separate case. ”The Court finds that because the legal basis for the judgment entered in 1973 has now been overruled, it must vacate the judgment in its entirety,” she wrote.

Eloisa Lopez, executive director of the Abortion Fund of Arizona, said Johnson’s ruling means an immediate change for the organization, which provides funding and resources for people seeking abortions and other reproductive health care. It’s a day, Lopez said, that she has been preparing for, but she hoped would not arrive. “It’s horrific,” she told

“We obviously cannot provide funding for abortion services in Arizona anymore. It’s not a possibility here,” Lopez said, though added that they would be continuing to watch how the legal battles played out.

Reactions came swiftly across the state. Brnovich, in his announcement about the ruling, celebrated the decision and said he had “defend[ed] life” and that he would “continue to protect the most vulnerable Arizonans.”

“A Pima County judge lifted an injunction that was placed on Arizona’s abortion statute,” Brnovich said. “We applaud the court for upholding the will of the legislature and providing clarity and uniformity on this important issue. I have and will continue to protect the most vulnerable Arizonans.”

The ACLU, meanwhile, decried the ruling. “This is a devastating decision and marks a dark day in Arizona history,” the organization wrote in a statement provided to New Times. “No one should be forced to carry pregnancies to term against their will. By allowing this law to go into effect, Arizona has put the lives of pregnant people and their doctors at risk.”

Raquel Terán, chair of the Arizona Democratic Party, called the decision the result of a powerful “fringe minority” that had “taken our state back in time over a century.”

The Arizona branch of Planned Parenthood tweeted shortly after the ruling that it was now forced to pause abortion care across the state,

“to protect our providers and patients.”

Lopez, meanwhile, said the Abortion Fund will now turn to helping Arizonans access out-of-state abortions. “We will continue helping people navigate the care out of state,” she said.”But the reality is, many people will not be able to travel. That’s just not going to be an option.”