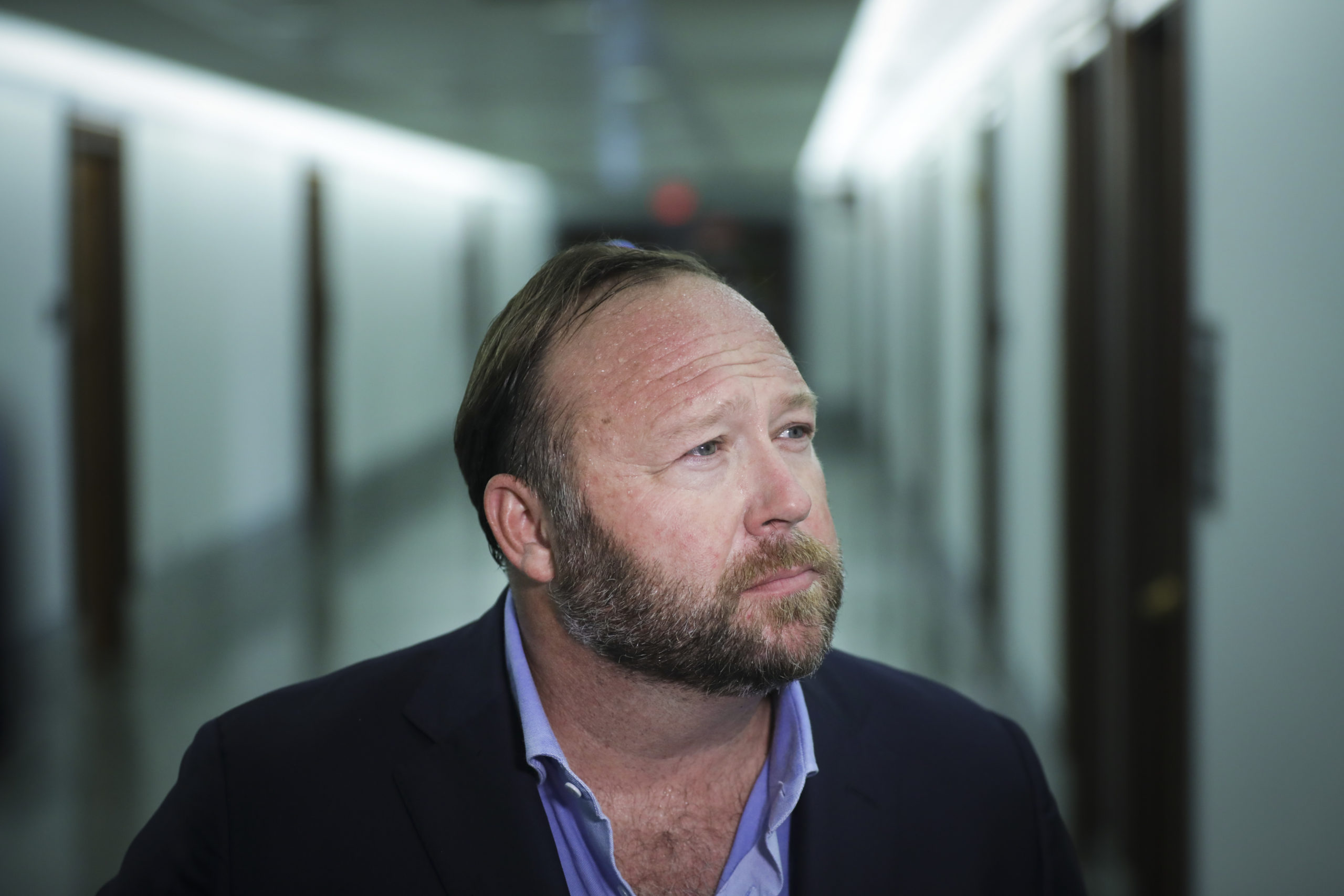 An Austin, Texas jury has ruled that Alex Jones and his company Infowars must pay $4.1 million in compensatory damages to Neil Heslin and Scarlett Lewis, the parents of Jesse Lewis, who died in the Sandy Hook mass shooting when he was six years old. Jones repeatedly called Sandy Hook a “hoax.” This is the first of three damages trials he’ll face in determining how much he must pay to Sandy Hook parents, after he lost a series of civil cases by default in both Texas and Connecticut. Jones has been broadcasting for about 28 years; the verdict represents the most serious blow to the Infowars empire thus far.

Heslin and Lewis had sought $150 million in compensatory damages. Jones and Infowars still face a finding on punitive damages; how much, if any, they will have to pay will be determined separately.

During the trial, Heslin and Lewis gave moving testimony on how damaging and traumatizing Jones’ lies have been for them. Lewis, the founder of a nonprofit called the Choose Love Movement, which teaches social and emotional skills to school-age kids, faced Jones directly at one point.

“I am a mother, first and foremost, and I know you’re a father,” she said. “And my son existed.”

Meanwhile, Infowars staffers like talking head Owen Shroyer and producer Daria Karpova insisted that the company’s Sandy Hook coverage fell in the bounds of normal journalistic standards, which it did not.

The biggest shock moment of the trial came when Mark Bankston, a lawyer for the plaintiffs, revealed that opposing counsel had accidentally sent him a copy of Alex Jones’ cellphone, showing text messages and emails for the last two to three years, and proving, Bankston told Jone during a cross-examination, that he’d lied about both his communications about Sandy Hook  and about profits made by the company. Bankston told Judge Maya Guerra Gamble Thursday morning that the congressional committee investigating the January 6 insurrection had request a copy of the phone data, and that he intended to turn it over “immediately.” (Jones’ attorney Federico Reynal made an unsuccessful effort to have the Judge order Bankston to destroy the data he has and return it to him.)

Jones was not in the courtroom when the verdict was read. He spent most of Thursday broadcasting live on Infowars, calling the trial part of a “persecution” against him.

“I told you 10 years ago I would be destroyed,” Jones told his audience, darkly. “My destruction will be spectacular, and it will be a light to others.”