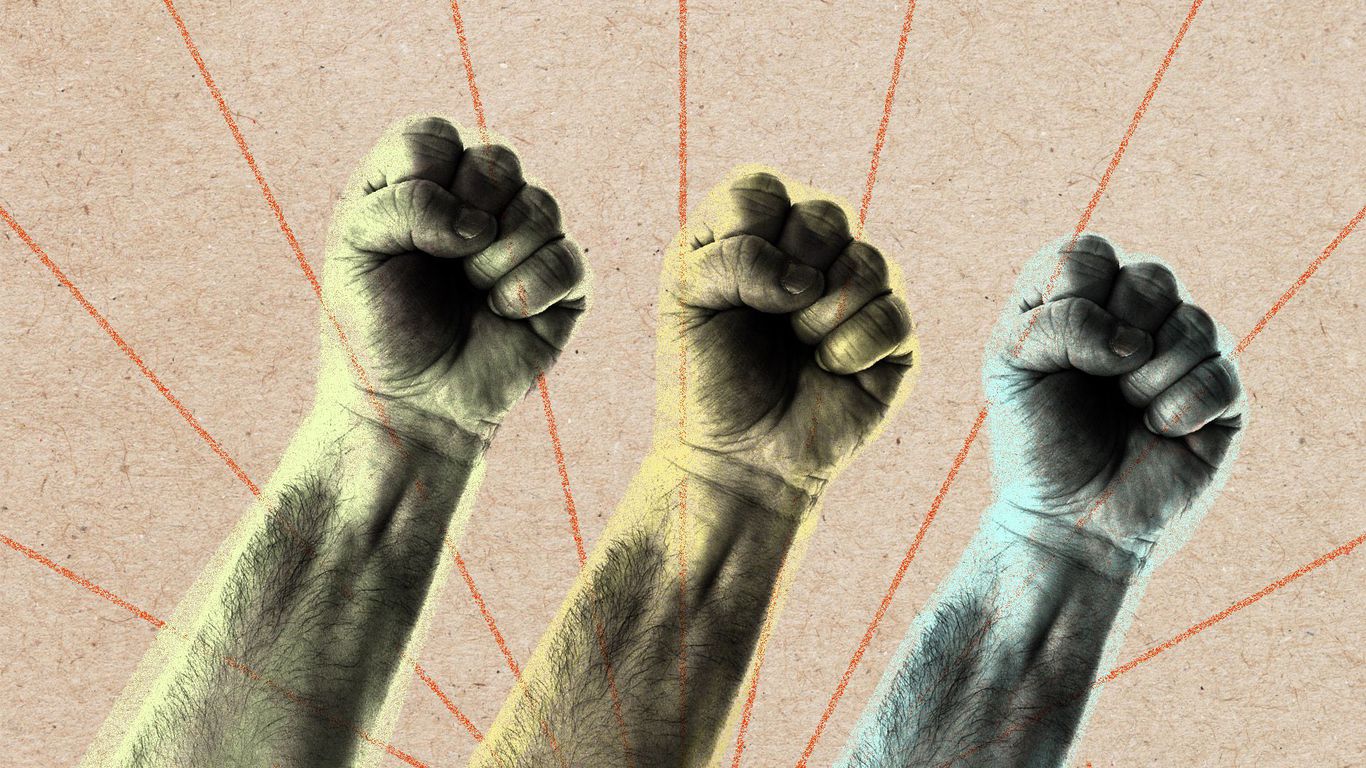 Labor starts to find a path into Big Tech

Labor organizers see Apple and Amazon offering them an opening in the tech industry’s longstanding barriers against unions, thanks to the nature of their workforces.

How it works: Unlike their competitors, these firms each have massive payrolls in retail or warehouse jobs, and those roles are seen as friendlier to unionizing efforts than the engineers and salespeople at corporate HQ.

Why it matters: Amid a broad decline in the number of unionized American workers over the last 40 years, the tech industry has long painted unions as a danger to Silicon Valley’s reputation for innovation and flexibility.

Between the lines: Amazon and Apple don’t officially reveal the breakdown of their workforce composition.

Amazon: In 2021 Amazon said it employed nearly a million workers in the U.S. The number ballooned during the pandemic as demand for deliveries soared.

Apple: The spread of Apple Stores over the past decade has brought tens of thousands of retail workers onto the company’s payroll.

Zoom out: From Big Tech to retail big and small, various industries are seeing their workers organize in unprecedented ways.

State of play: Combined with a tight labor market, workers have less fear of losing jobs now, and even if they do, they know they can get a job elsewhere.

Meanwhile: Employees at Alphabet have taken a novel approach to unionization, forming a “minority union” that can’t collectively bargain with the Google parent company. Organizers aim to become a voice for workers and contractors on a range of issues beyond those traditionally covered by labor laws.