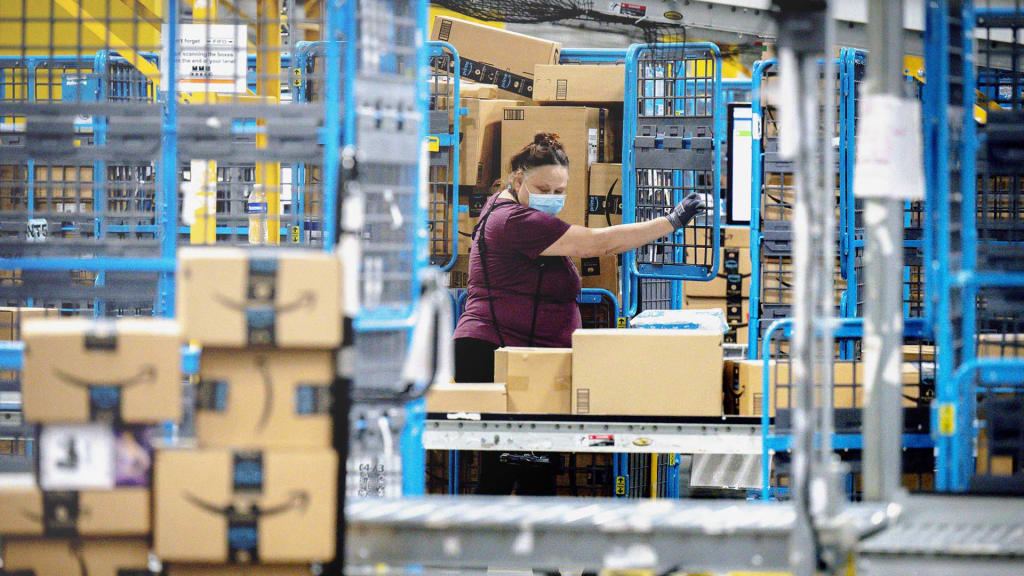 There are two ways to get your employees to have happy internal chat groups. The first is obvious: Make your workplace a fair and happy place, where employees naturally speak positively about their working conditions.

The second is to block negative or pro-union words from the employee chat. Say something negative, and your post doesn’t go up.

Amazon workers on Staten Island just won a union vote, even after Amazon spent $4.3 million on anti-union consultants in 2021. Amazon, understandably, wants to prevent another unionization effort. This is not the way to go about that. Here’s why.

“The National Labor Relations Act (NLRA) prohibits employers from punishing employees for talking about their terms and conditions of employment (a.k.a. protected concerted activity) and from discriminating against employees because of their union activities or sympathies,” says Jon Hyman, employment attorney and partner at Wickens Herzer Panza. “This Amazon policy, if accurately portrayed, not only steps over that line but incinerates it with a union-busting blowtorch.”

Preventing employees from using the words fire, terminated, compensation, pay raise, bullying, harassment, I don’t care, rude, this is concerning, stupid, and many others is likely to trigger a National Labor Relations Board (NLRB) investigation, according to employment attorney and HR consultant Kate Bischoff.

This is something that would be easy for the NLRB to prove. Banning swear words or sexually explicit terms would be rational in a chat app to prevent harassment, but banning the word harassment? That can lead employees to feel like they can’t talk about harassment.

You want employees to speak up about harassment

Yes, you’d like your employees to be positive, but they need a positive work environment if they are going to do that. Sexual, racial, religious, national origin, or pregnancy harassment (among others) is illegal. If an employee feels harassed, you want to know about it.

Sometimes employees whine, but wouldn’t you like to investigate and stop minor problems before they blow up into big ones? Employees who bring a single incident where they felt “uncomfortable” to someone else’s attention can stop an emboldened harasser from increasing bad behavior. A company can’t shrug and say, “We didn’t know, so we didn’t act,” after preventing employees from using the word harass.

If you think you can control employee speech by controlling one app, you should learn about the internet

If you tell employees this will only be positive–and from the looks of it, Amazon doesn’t expect conversations about “pay raises” to be positive ones–they will take their chat off the company app. On the company app, you can monitor and solve concerns. When employees take it to Reddit, you don’t know who says what.

Suppressed speech doesn’t mean people stop having those feelings and ideas: They take them elsewhere. Banning speech indicates that management doesn’t believe people are happy. Is that the message you want to send?

The app is still in the planning stage, but Amazon spokesperson Barbara M. Agrait says that the list, which includes prison, grievance, diversity, ethics, rate, representation, vaccine, accessibility, and many others, doesn’t represent the actual list. “If it does launch at some point down the road,” she told The Intercept, “there are no plans for many of the words you’re calling out to be screened.”

Of course, this is possible. If the documents obtained by The Intercept were simply records from a brainstorming session, and Amazon never considered this seriously, then that makes a lot more sense.

However, it demonstrates that Amazon leadership needs a refresher on employee rights. Some of these words should never come to mind when talking about speech restrictions for employees.

I’ve worked for large corporations where we had thousands of employees working on a factory or retail floors. We never had a problem with employees using bottles rather than restrooms because employees could run to the bathroom whenever they needed to.

We never had to ban employees from using the word restroom.

If you’re concerned about employees using the phrase “living wage” or talking about “pay raises,” then pay your employees according to market rates. They can talk all day long, but it won’t be a problem if they are paid fairly.

I reached out to Amazon and if the company responds, I will update.