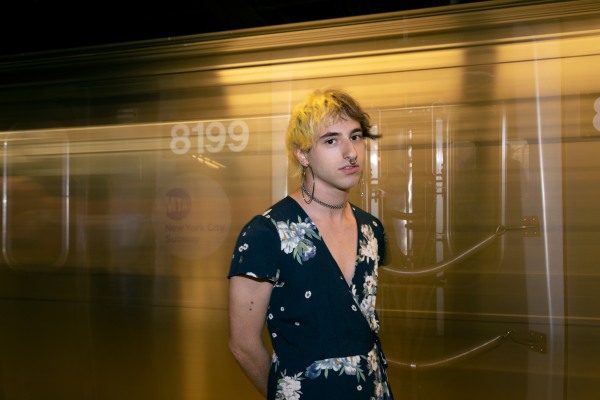 Meet the trans, anarchist founder who just landed $25M to reform how crypto is stored

Tux Pacific isn’t your average tech founder. They’re a self-taught cryptographer who dropped out of college, a proud member of and advocate for the transgender community, and a self-described anti-capitalist anarchist who believes in free-market principles deeply rooted in the early days of crypto, when Bitcoin reigned supreme and banks had no interest in the sector.

Pacific’s radically different background in comparison to other entrepreneurs is precisely what informs their unique way of thinking, they told TechCrunch in an interview. Pacific founded and serves as CEO of Entropy, a decentralized crypto custodian that says it has raised $25 million for its seed round led by Andreessen Horowitz (a16z) alongside Coinbase Ventures, Robot Ventures, Dragonfly Capital, Ethereal Ventures, Variant and Inflection. Prominent angel investors from the tech community as well including Naval Ravikant, Sabrina Hahn and James Prestwich also participated in the round, according to Entropy. This latest round follows the company’s $1.95 million pre-seed raise in January.

The Brooklyn, New York-based startup is aiming to disrupt the way digital assets are held through its decentralized self-custody solution, according to Pacific. Before founding Entropy last year, Pacific worked at cryptography network NuCypher while living in Berlin, Germany, where they learned advanced cryptographic techniques.

In the status quo, large crypto custodians including Fireblocks, Coinbase, and Anchorage Digital that hold assets for crypto users are fundamentally centralized and function in a similar way to banks. In some cases, holding users’ private keys in a central location has left these custodians vulnerable to hacks, and their users can’t always interact with their funds at their will.

“We’ve heard a number of stories that were always like, we’ve used people like Coinbase, or we’ve used like all these other custody solutions. They call them up, and they’re like, hey — we need to move funds. And [the custodian repsonds], oh, sorry, we have to wait to get a person to do that,” Pacific said. They recounted one anecdote they’d heard about a fund that was poised to lose several billion dollars in an OTC transfer because their point of contact at the custodial firm was on vacation.

Entropy, in contrast, leverages cryptographic techniques based on multi-party computation to give users a way to deposit and use cryptocurrencies across any blockchain, at any time, Pacific explained. Using Entropy’s protocol, users can implement their own rules for interacting with the funds, such as time-gated constraints — a particularly useful feature for groups like DAOs that are trying to make decisions around a collectively determined set of rules, Pacific said.

Pacific describes Entropy’s solution as comparable to Google Authenticator in that it doesn’t provide its own wallet or user-facing products — it simply handles the process of “signing” their data cryptographically. Other groups, including companies and DAOs, can then use Entropy to deposit user funds for safekeeping but aren’t beholden to a centralized custodian’s constraints.

Most cryptographers start with a protocol, and then envision a user experience that fits around it, Pacific said. In the case of Entropy, Pacific conceived of the idea by reversing that process — thinking about what the ideal custody experience would look like for a crypto user, and then designing the Entropy protocol to fit that.

“I’m approaching the problem so differently from a lot of other people … There are competitors who are just building wallets and just trying to fit their cryptographic protocols that they’ve come up with to do this thing. [My perspective is that] all the other people who built these cryptographic protocols before me, there’s nothing super novel about them. I’m just going to compose it radically different than they are and just make it super user-friendly,” Pacific said.

Pacific also attributes Entropy’s edge to their own willingness to deviate from the traditional business model for custodians, wherein users pay them a fee to safekeep funds, and to work towards finding a model that can generate revenue not just for the custodian but also for the protocol itself, as well as crypto users. They readily admit Entropy’s team of 9 people hasn’t worked out the details of that model just yet, but the company’s venture backers don’t seem to mind.

“When we started raising money, one of the biggest things I started telling people is that we don’t have a business model,” Pacific said. They are, as is typical of early-stage startups, focusing on building a great product before thinking through monetization, Pacific said.

Entropy is also going after a different audience than typical custodians might, Pacific added.

“This isn’t like some enterprise blockchain like Qredo,” Pacific said of the other decentralized digital asset custodian, which unlike Entropy, provides users with a wallet. “We’re building a product that’s uniquely for crypto-native people and decentralized institutions. We don’t expect JPMorgan to use us,” Pacific said.

Entropy’s focus on serving individual, crypto-native users in some ways comes from Pacific’s personal connection to the crypto community. While they said they have faced some pushback for being a trans founder, for the most part, they’ve found crypto to be an unusually supportive environment.

“In fact, I’ve never felt I’ve been in a space where it’s been more acceptable for people to be so different. If you go to a [crypto] conference, it’s just filled with weird, weird people,” Pacific said.

Pacific is used to forging their own path, they said, recounting how they didn’t have any role models they could relate to growing up. Today, there is still almost no research on LGBTQ+ founders and how they’re funded, though VC firm Backstage Capital estimates they receive less than 1% of venture dollars overall.

“Being able to see trans entrepreneurs would have been such a huge thing for me as a kid, especially trans people who are entrepreneurs who hold similar political values,” Pacific said.