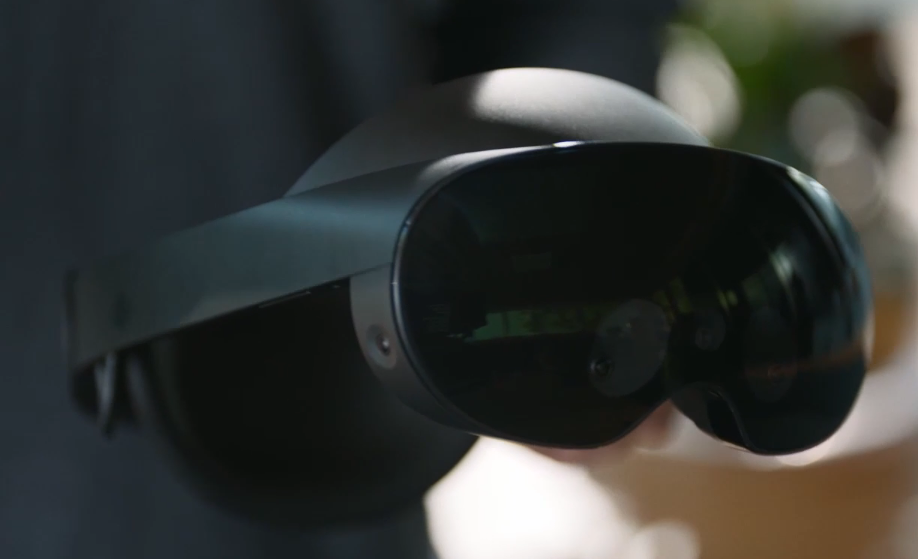 Just under one year after rebranding as Meta, the company formerly known as Facebook announced the Quest Pro, a $1,499 “mixed reality” headset that will be shipping on Oct. 25.

Part of that “mixed reality” pivot comes in the Quest Pro’s more open lens design, which lets users see the physical world around them in their peripheral vision. That should allow users to perform simple tasks in the real world without taking off the headset, such as “jot[ting] down a note, grab[bing] something on your desk, or just be[ing] aware of what’s going on around you,” Meta said. Users that want a more immersive experience, though, can clip on magnetic “light blockers” to the side of the headset for a more traditional, secluded VR experience.

Quest Pro also sports new, full-color passthrough cameras that capture four times the resolution of those on the Quest 2, Meta said. Combined with a depth system that can detect the location of objects in your environment, that allows for a mixed reality layering of virtual items on a stereoscopic display of your real world surroundings, complete with new “anchoring” technology that locks those virtual items in place, Meta said.

Tech-wise, the Quest Pro touts a Snapdragon XR2+ processor that Meta said generates 50 percent more processing power, with better thermal dissipation than the Quest 2. A new pancake lens design, meanwhile, folds light from the displays over itself multiple times on the way to the eye, allowing for a lens enclosure that’s 40 percent thinner than Quest 2.

Those displays have 37% more pixels per inch than the Quest 2 and 75 percent more contrast, Meta said. On the other end of the device, Meta’s “first ever curved cell battery” tucks behind the user’s skull to provide better overall balance, Meta said.

The Quest Pro controllers have also been upgraded so they are “basically their own computers”, Meta said. Those controllers can now track themselves without relying on the any external or headset cameras, and don’t require the tracking rings on old Rift and Quest controllers either. That allows for a full 360 degrees of motion freedom for your hands in VR. New “TrueTouch haptics” allow for more realistic force feedback as well, Meta said, while an optional clip-on stylus lets you draw precisely in the VR space.

The Quest Pro also features inward facing cameras that can capture a user’s facial expressions, allowing for VR avatars that show the “non-verbal expressions and gestures that can be more important than what we do or say,” as Meta CEO Mark Zuckerberg put it. Short demos showed those avatars capturing everything from eyebrow raises to subtle smiles to larger mouth movements like eating food.

Quest Pro is “the first in our new line of advanced headsets” and “a high-end device designed for work and for people who want the best experience we can have in virtual reality today,” Zuckerberg said during the event. The idea is to introduce this kind of technology at the top end of the market now in order to “get it into our consumer devices in the coming years.”

This is a developing story and will be updated with additional information.