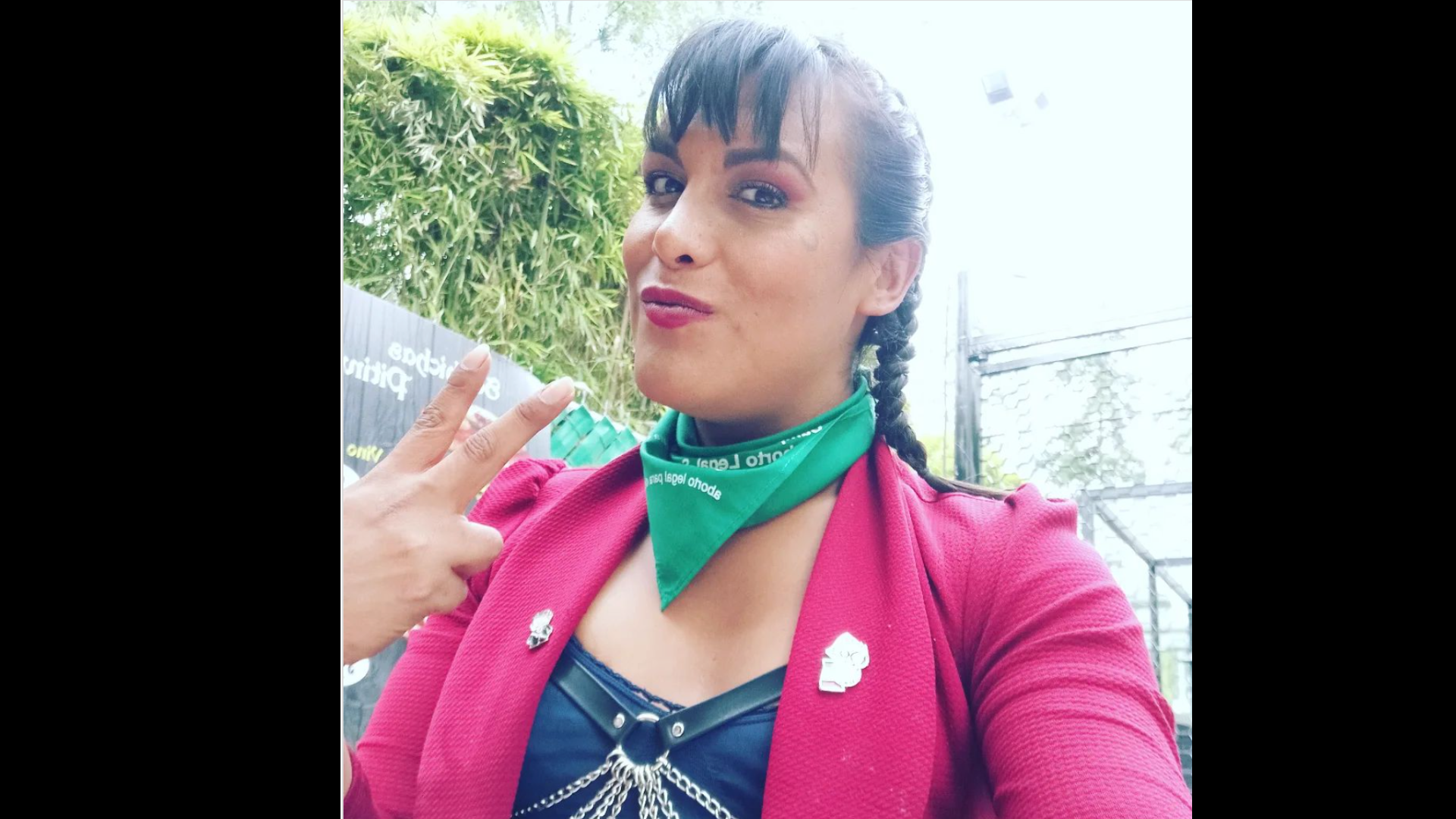 MEXICO CITY — A transgender politician in Mexico’s ruling MORENA party is under fire for posting pornographic videos of herself on Twitter.

But María Clemente García Moreno—a federal deputy in Mexico City who made history in 2021 when she and another politician became the first trans people elected to the country’s congress—also moonlights as a sex worker and contests that it’s within her rights to post whatever she wants.

“I have human rights, I have the right to the free development of my personality, I have the right to the free self-determination of my body,” García Moreno told VICE World News. “The constitution, human rights and the federal labor law in Mexico support me in exercising my rights, in the performance of sex work in any form, which can be the creation of pornographic content for digital platforms.”

Twitter is one of the only widely used social media sources that allows users to post sexually explicit videos, and has become a popular platform via which sex workers advertise their services and post content. And García Moreno said that she posted the videos for the same reasons as other sex workers use Twitter: “To get more clients.”

The videos, posted over a three-day period beginning on September 30, started with one of a man’s erect penis, which she captioned in Spanish: “This is the first that I’m going to show you how I suck it like the popsicle that my dad bought me when I was a girl and took me to the park.”

The following day, she posted a graphic video of her performing oral sex on a man, writing, “This papacito came by very tired from work and I gave him a few sucks and a massage so that he could arrive at his home relaxed. Uff” with the hashtag #TransIsHot.

The posts received near instantaneous backlash from conservative politicians along with numerous transphobic insults from civilians and anonymous accounts. A representative from MORENA also said that their ethics commission will be investigating the videos before the party decides if there will be any sort of punishment for the posts.

She also retweeted a number of supporters. One from the LGBTQ community wrote “To [García Moreno], I am going to question your legislative work. Your performance as a federal deputy. Your commitment to the causes. The standard will NEVER be: What do you remove or put in your Twitter. People fuck. (And that’s good.) Free development of the personality is what it’s called.”

The day after the third video was posted, García Moreno released her first yearly report about her legislative activities in congress, tweeting each page individually. With many of the images outlining what she’s accomplished over the year, García Moreno wrote, “My body is mine, mine alone, I have the right, like every human being, to the free development of the personality and the free self-determination of my body. My body is mine, only mine, not my husband’s, not my boyfriend’s, not the church’s, not the State’s.” With another image, she tweeted, “Women have the right to pleasure.”

García Moreno told VICE News that she intends to present new legislation for sex workers in Mexico that will give them the same “social security and rights” as workers in other industries. She said that it is particularly necessary in Mexico City, where she is an elected representative, because she alleged that many sex workers are exploited and extorted by local police.

García Moreno thinks that her sex-positive attitude is an important step to toward “putting [sex work] in the national public narrative of Mexico, and elsewhere outside of Mexico at the international level.” She hoped that it could have an effect particularly on other countries in Latin America where Mexico is a regional leader.

While she said that she was “saddened” by the negative response from the country’s conservative population and politicians, she added: “The truth is that I transcended hate speech since high school, not since the latest beatings that I received for my gender identity.”

Instead, García Moreno believes she’s “calling attention” to the issue of sex worker rights and transphobia in the public domain. And the support she’s been receiving from the LGTBQ community, sex workers, and allies are proving her point.

“It gives me great pleasure to see that the people, society, ordinary citizens are living with courage, sexual freedom, and that they are willing to defend the sexual and reproductive rights of other people, in this case mine, their representative,” said García Moreno.