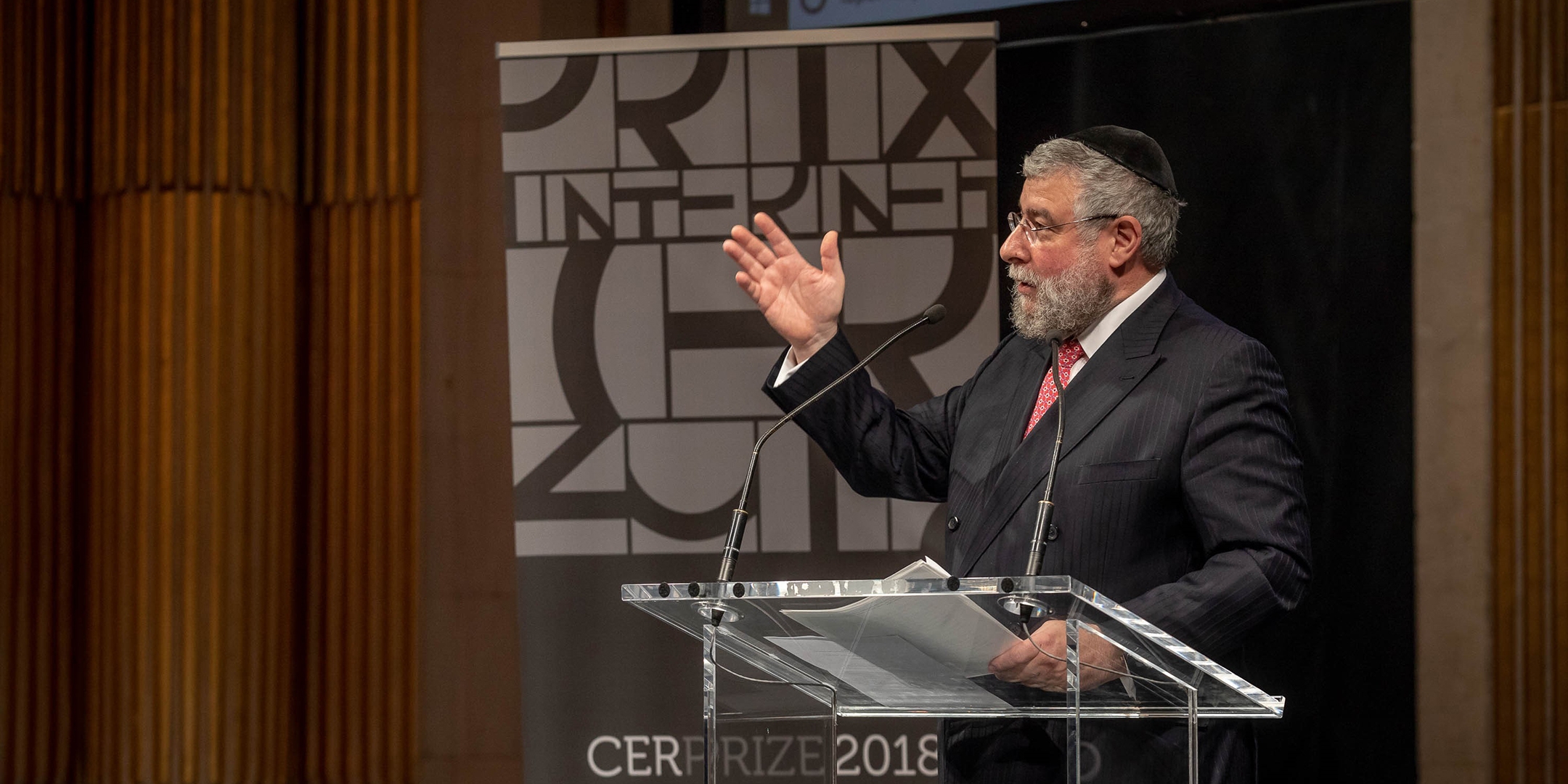 Moscow’s chief rabbi in exile after refusing to back Putin’s war on Ukraine, relative says

(JTA) — As the head of a large European rabbinical group, Pinchas Goldschmidt regularly travels in and out of Moscow, where he has worked since 1993 as the city’s chief rabbi.

But when he left most recently, two weeks after Russia invaded neighboring Ukraine, he did so without a firm plan to return. And now he is officially working in exile after coming under pressure by Russian authorities to support the war, according to his daughter-in-law.

“Can finally share that my in-laws, Moscow Chief Rabbi @PinchasRabbi & Rebbetzin Dara Goldschmidt, have been put under pressure by authorities to publicly support the ‘special operation’ in Ukraine — and refused,” Avital Chizhik-Goldschmidt tweeted on Tuesday.

Chizik-Goldschmidt, a journalist who lives in New York City, shared a report from the French newspaper Le Figaro that detailed her father-in-law’s experience, which included a fundraising stint in Western Europe followed by a visit with his own father in Israel, where he remains today.

Contacted by the Jewish Telegraphic Agency, Goldschmidt declined to comment or to answer questions about whether he believes that he will return to Russia, where he was reelected as the leader of the Moscow Choral Synagogue on Tuesday.

Goldschmidt has not been a vocal critic of the war, though Le Figaro reported that he was sufficiently concerned about it that he reached out to rabbis in neighboring Moldova in mid-February, days before Russia invaded Ukraine, to warn of a potential flood of refugees.

Other top rabbis in Russia, including the country’s chief rabbi, Berel Lazar, have stayed in the country even after criticizing the war.

But Goldschmidt’s status in Russia has already been shaken by politics in the past.

In 2005, Goldschmidt, who has had a presence in Moscow since 1989, was suddenly denied entry into the country. It took several weeks before he was allowed back in. Authorities gave no official explanation as to the denial of entry, but some officials made unspecified references to “national security issues.”

Goldschmidt has declined to comment on it, but the affair coincided with a power struggle that ended with Lazar and his Chabad-affiliated rabbis dominating the landscape of Russian Jewish institutional life.

Goldschmidt, a Swiss-born rabbi who is not affiliated with Chabad, was eventually allowed to enter Moscow, but the trajectory of his career increasingly centered on Western Europe. He has served as the head of the Conference of European Rabbis since 2011.

According to the Jerusalem Post, Goldschmidt is staying in Israel. The Ashkenazi and Sephardi  chief rabbis of Israel, David Lau and Yitzhak Yosef, wrote a letter to leaders of Russian Jewish communities asking them to respect Goldschmidt’s authority even though he is “unable to stay in his congregation,” the Post revealed Tuesday.

“The rabbinic court he headed continues to operate under his guidance and provides a proper response to those in need,” they wrote.

Back in Moscow, Lazar’s Federation of Jewish Communities of Russia has set itself apart from other religious groups in its open opposition to the war.

Lazar himself wrote in a statement: “Stop the madness so that no more people die.” And he criticized Russia’s foreign minister, Sergey Lavrov, for saying Adolf Hitler was of Jewish descent. (The unfounded claim was Lavrov’s attempt to draw analogies between the leader of Nazi Germany and Ukrainian President Volodymyr Zelensky, who is Jewish.)

“It would be nice if he apologized to the Jews and simply admitted that he was mistaken,” Lazar wrote about Lavrov.

It was an unusual rebuke by Lazar, who is widely thought of as enjoying strong ties with Russian President Vladimir Putin and a member of the dictator’s inner circle.

The fact that it happened in the context of the Ukrainian war, which has touched off a witch hunt against supposed traitors in both countries, only further highlighted the tensions around this issue.

This attitude by Lazar’s organization is markedly different to the line taken by the Russian Orthodox Church, whose head bishop, Patriarch Kirill, is a vocal supporter of Putin’s campaign in Ukraine.

Both Lazar and Goldschmidt have confirmed that thousands of Jews have left Russia since the war broke out. In an interview with Deutche Welle last week, Goldschmidt said a “very significant part” of Russian Jewry, which had 155,000 members according to a 2020 demographic survey, had left and that another “significant part of thinking of leaving.”

Other rabbis in Russia have also spoken publicly about the circumstances driving the emigration. Boruch Gorin, an influential Chabad rabbi living in Moscow and a spokesperson for Lazar, is on record as citing “a very worrisome political and social climate.”

Chasing away rabbis and potentially shuttering synagogues, something that Russian authorities have done in the past to retaliate against dissent, would not help the popularity of the war, which is already having an increasingly polarizing effect on Russian society.

But even Russia’s Chabad rabbis aren’t untouchable under Putin. At least eight of them, all of them foreigners staying in Russia on clergy visas, since 2008 have been deported or have had their visas rescinded or not extended on various grounds — including that they are a threat to national security.

Those rabbis were pushed out of Russia despite public protests by Lazar’s organization, demonstrating both the limitations of Lazar’s influence on policy and the vulnerability of Jews and their communal leaders to the whims of the Russian judiciary or the politicians who control it.

But punishing rabbis or any other clergy for not toeing the party line would not be a good look for Putin right now. Externally and, perhaps more crucially, internally, his government has said that it invaded Ukraine on Feb. 24 to “denazify” it, referencing what Putin said was a prevalence of far-right ideas and supporters in Ukraine.

Gorin, the spokesperson for Lazar, said authorities in Russia have not been targeting foriegn rabbis since the war broke out.

Gorin told JTA that he is not aware of any pressure applied directly to Goldschmidt or any other rabbi, and that he was surprised by the reports about Goldschmidt.

“It would be surprising to learn that Rabbi Goldschmidt was being pressured,” Gorin said.

Goldschmidt’s daughter-in-law’s account told a different story. “The pain & fear in our family the last few months is beyond words,” she tweeted.

The post Moscow’s chief rabbi in exile after refusing to back Putin’s war on Ukraine, relative says appeared first on The Forward.