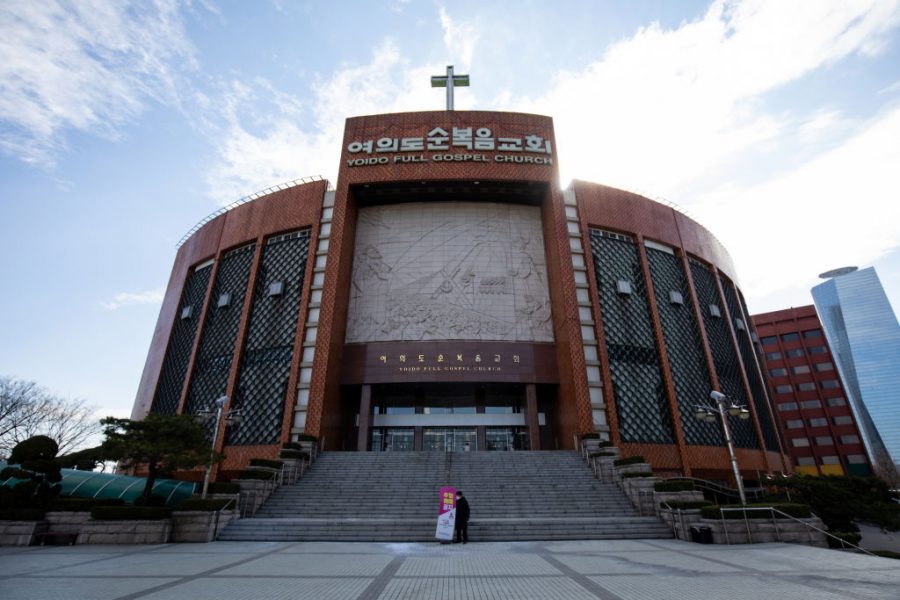 Pentecostalism Is Becoming the New Religion of the Global Poor

People around the world are flocking to the Pentecostal church, which offers not just spiritual guidance but material support. That’s bad news, as the rise of Pentecostalism is tied to the global surge of right-wing populism.

In 2019, South African pastor Alph Lukau found worldwide infamy with a viral video where he “resurrected” a clearly living man from the dead. The cartoonish stunt was the culmination of a prophetic arms race — a group of young preachers in the country had been incorporating increasingly extreme practices into their worship services to capitalize on the rage and hopelessness of a generation.

“Professor” Lesego Daniel claimed he had the gift of turning “petrol into pineapple,” encouraging his congregation to drink gas as a kind of communion. One of his protégés, Pastor Lethebo Rabalago, was nicknamed the “Prophet of Doom” for spraying churchgoers with a brand of insecticide to help cast out demons in the form of AIDS. Meanwhile, Prophet Penuel Mnguni would stomp on semi-naked congregants and have them eat live snakes as he delivered them from evil.

Outsiders might instinctively look for the poisoned Kool-Aid, but this is no doomsday cult. It is a uniquely modern, extreme, South African expression of Pentecostal Christianity — a faith that is, by conversions at least, the fastest growing religion on earth, with 600 million followers and counting.

What Mnguni labeled his “Church of Horror” might feel a world away from Christianity as many people know it, but that’s entirely the point. Southern Africa’s wildest, most popular, and wealthiest young preachers don’t do things by the book, and their congregations love them for it. The new Pentecostalism is a straight middle finger at all of the institutions that have failed them. This is the faith of the world’s working poor.

Of some 2 billion Christians worldwide, over one quarter are now Pentecostal, up from just 6 percent in 1980. It’s predicted that by 2050, a billion people — or one in ten of us — will be inside the tent. Not bad for a movement started in Los Angeles in 1906 by the son of freed slaves, long considered the bastard child of Christianity.

Pentecostalism is a branch of evangelical Christianity. Its adherents are first born again, accepting Jesus as their Lord and Savior, and then filled with the Holy Spirit, receiving gifts which include miracles, prophecy, and speaking in tongues. Many Pentecostals don’t adopt the label, but their Spirit-led or Charismatic practice, even as it varies markedly around the world, is unmistakable.

Pentecostalism attracted women, migrants, African Americans, and the poor from the outset. Its emergence as the faith of choice for the world’s working poor is largely due to its doctrinal approach to “health and wealth” — direct experience of and personal interaction with the presence of God and his miracles, bringing success in matters of the mind, body, spirit, and wallet.

Churches are becoming their own states-within-states, where tithes are effectively a form of taxation. Here, they get some health care as well as childcare and social support.

I’ve spent the last couple of years traveling the world to understand the remarkable growth of the movement. In America, we tend to think of evangelicals as white MAGA types — but the average Pentecostal is a young woman in sub-Saharan Africa or Latin America. She’s joined by North Korean defectors struggling to survive in Seoul, British Gypsies and continental Romani people who have long been the outcasts of Europe, and indigenous peoples coming to terms with dirty wars and disasters in Central America. Most of these groups that have been converted since the 1980s tell us a lot about the modern world.

The crop of young South African preachers in colorful shirts and slick suits found a willing audience in millennials, who grew up in the glow of post-Aparthied optimism only to be horribly let down. They were promised the lot, and instead found themselves in the world’s most unequal society, with 75 percent youth unemployment, more than 80 percent of the country lacking medical insurance, and a failing education system.

South Africa’s problems may be extreme, but in almost every corner of the globe, the pattern is repeating itself. People, particularly in and around big cities, are turning to Pentecostal churches because they are the only places catering to both their spiritual and material needs.

As this movement grows, churches are becoming their own states-within-states, where tithes are effectively a form of taxation. Here, they get some health care — miracle and clinical — as well as childcare and social support. At a time when states are, often by design, failing to provide social programs and a decent standard of living that can sustain individuals and communities, the working poor are finding alternatives.

Most Pentecostal churches don’t practice faith quite like South Africa’s young showmen preachers, but some of the practices look no less alien to those outside the movement. To see firsthand the revolution taking place in Latin America, I traveled to the working-class suburb of Brás in São Paulo. In Brazil, Pentecostals have risen from 3 percent of the Brazilian population in 1980 to over 30 percent today — upending five hundred years of Catholic dominance in only a few decades.

It was Monday morning, and the sun was still struggling to rise over the top of Solomon’s Temple, the 180-foot, $300 million shrine to the god of health and wealth and headquarters at the Universal Church of the Kingdom of God (UCKG). At the 7 AM service, a man in front of me opened up a huge tattered Bible and placed his wallet on top, holding it up to the sky and communicating to the heavens in tongues. It’s said that Pentecostals pray for Monday, not for Sunday — and it was this knowledge that turned UCKG into one of the world’s leading prosperity gospel churches.

Macedo’s great innovation was opening churches first thing in the morning and last thing at night — the times when people who work in factories or as maids are on their way to and from their jobs.

UCKG parishioners have been known to give away their cars and houses in moments of ecstatic outpouring. The church’s founder Edir Macedo, who has done more than anyone to popularize Pentecostalism in Brazil, is now a billionaire mogul — but he was once a dirt-poor kid from the favelas, one of just seven of seventeen siblings who survived childhood.

Macedo’s great innovation was opening churches first thing in the morning and last thing at night — the times when people who work in factories or as maids are on their way to and from their jobs. In Macedo’s view, a Pentecostal preacher required a following, not an education, and he empowered ordinary people to create churches in their own image.

In the favelas and the poor villages on the edges of the Amazon, Pentecostal pastors look and sound like the local population. They grew up navigating the same streets, and rose through the social ranks to positions of status, just as their neighbors aspire to do. They hear on those streets about someone’s sick mother, and drop around to give her comfort. They act like mentors to their congregation, encouraging parishioners to start small street-vending businesses and escape their awful bosses. If a woman’s idiot husband is drinking and womanizing again, they stop by to give him a talking to.

Sure, they’re also pressuring their flock into tithing at least 10 percent of their hard-earned money, but we exist in a system that equates valuing something with paying for it. In that sense, the prosperity gospel is an uncomfortable answer to a world that worships money every day, only usually without all of the ceremony. It becomes a fortification simultaneously against and within the material world.

Not only that, but there’s a growing body of evidence that the prosperity gospel actually delivers. Research has found that people who come from poverty, or cycles of violence and addiction, have greater chances of escaping that world if they join an evangelical church — the so-called “self-fulfilling prophecy” of God’s favor being shown in material well-being.

Prosperity gospel is not only succeeding where states fail — it is offering an incentive for them to fail. For every 1 percent reduction in a country’s GDP, Brazilian researchers found a 0.8 percent increase in the number of evangelicals, as churches give vulnerable populations a solidarity network the state has failed to provide.

Pentecostalism and right-populism are singing from the same hymn sheet.

Today’s Pentecostalism has a lot in common with the global political shift toward a right-popoulism that rails against the liberal world order, including globalization, feminism, mass migration, and mainstream science. It is no accident that the faith’s popularity has coincided with a marked shift in the political, social, and economic outlook in all corners of the world. More directly, Pentecostalism has played a vital role in elevating a new brand of right-populist leaders including Donald Trump, Jair Bolsonaro, Viktor Orbán, and Rodrigo Duterte.

Pentecostalism and right-populism are singing from the same hymn sheet. But this movement is bigger than politics, too. The faith follows the global migration patterns of the working class, and for many moving to big cities like Johannesburg, São Paulo, London, and Los Angeles for work, it’s their only form of community.

Pentecostalism offers direct access to spiritual, social, and material nourishment in a world that denies the world’s poor of all three. Naturally, there’s a growing number of Pentecostal churches catering to the rich and middle classes too. After all, they know that upward mobility is tenuous — and anyone who gets ahead needs a miracle to stay there.