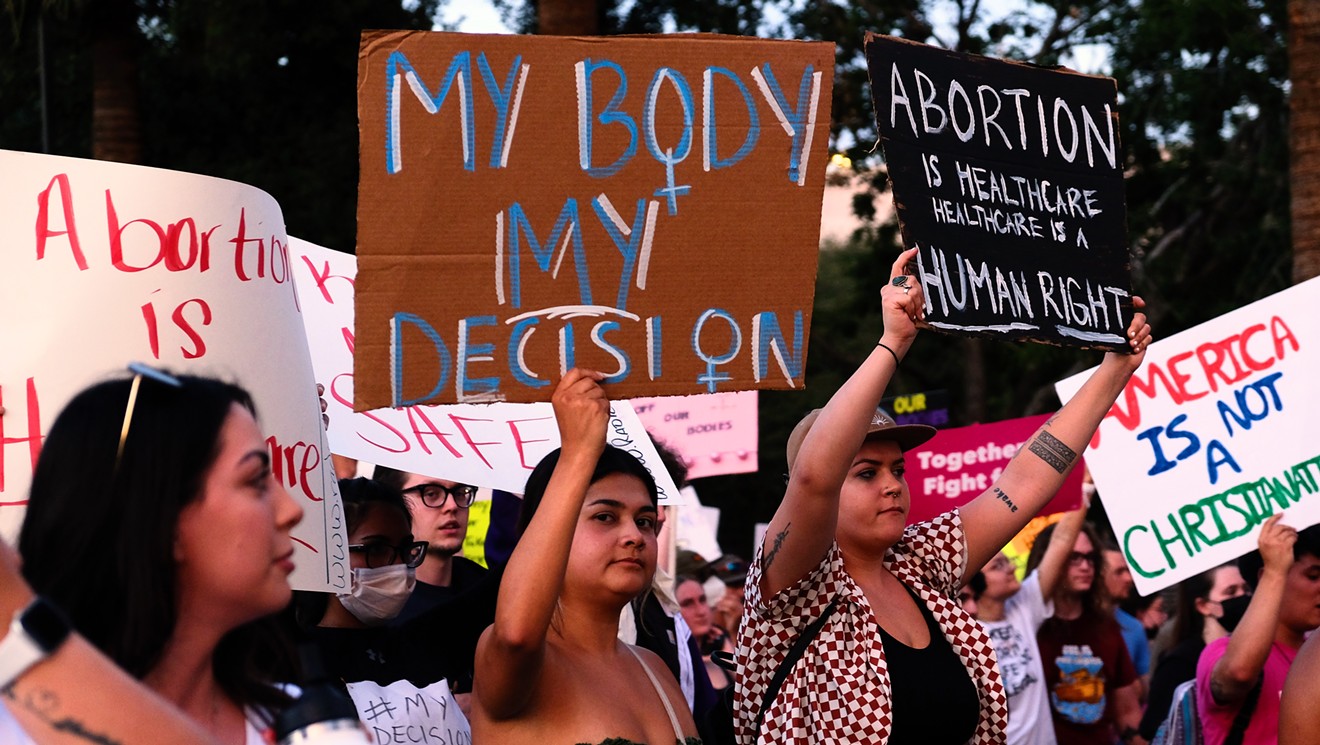 As Arizona contends with uncertainty around multiple abortion bans, the city of Phoenix will direct its police department to deprioritize enforcing any laws that restrict or criminalize the procedure.

In a 6-2 vote Tuesday, the Phoenix City Council passed a resolution that declared the city’s opposition to the fall of Roe v. Wade, which overturned long-standing abortion rights across the country. The council also called on state lawmakers to repeal Arizona’s dual abortion bans — the territorial-era total ban, which is currently blocked by a judge, and the 15-week ban passed earlier this year that took effect in late September.

“I’m proud that today we’re part of a council that firmly says we are a pro-choice city. We are against going back decades in time,” council member Yassamin Ansari said shortly before the vote.

Council members Jim Waring and Sal DiCiccio voted against the resolution, and council member Ann O’Brien was absent. The other five council members, along with Mayor Kate Gallego, voted in favor. “At the end of the day, there is another viewpoint out there,” DiCiccio said. He added that the city’s decision to deprioritize all calls related to abortion was too broad.

The resolution does not bar the Phoenix Police Department from investigating abortion cases. Rather, it requests that the cases get delegated to “the lowest priority for law enforcement.” Now, City Manager Jeff Barton and his staff will be tasked with drawing up more detailed instructions for how the police should handle such situations.

Barton told the council that he would “work with the police chief to change operational orders” following the passage of the resolution, though further details were unclear.

The council vote followed a lengthy, emotional public comment period in which dozens of people spoke about the resolution. “I support an abortion resolution — and Phoenix City Council can do better,” said Eloisa Lopez, executive director of Abortion Fund of Arizona. She wanted to see a resolution that entirely decriminalized the procedure in Phoenix, she said.

Many speakers who appeared in opposition cited their religious beliefs, including influential Mesa pastor Jeff Durbin. In the past, Durbin has supported the death penalty for people who have abortions. In his comments at the council meeting, he said that abortions target “innocent pre-born beings.”

After the public comments, most council members announced their support of the resolution — although council member Carlos Garcia raised some concerns. Among them was wanting the resolution to contain more specific guidelines around abortion bans, instead of leaving the details up to city staff.

“I’m looking forward to seeing the operation orders and how it comes out, and hoping that they follow through with what we are passing today,” Garcia said. He added that he hoped “the city does everything in its power to ensure that we do not in any way participate or cooperate in any prosecution or expend any resources in this matter.”

In response to concerns raised by Garcia and council member Betty Guardado that the resolution did not go far enough, City Attorney Cris Meyer explained that for legal reasons, he recommended that the city avoid a blanket commitment to not enforcing the laws whatsoever. He did not offer details on his reasoning.

On September 29, the Phoenix Police Department issued guidelines for how police dispatchers should address reports of illegal abortion.

how she will approach abortion-related prosecutions.