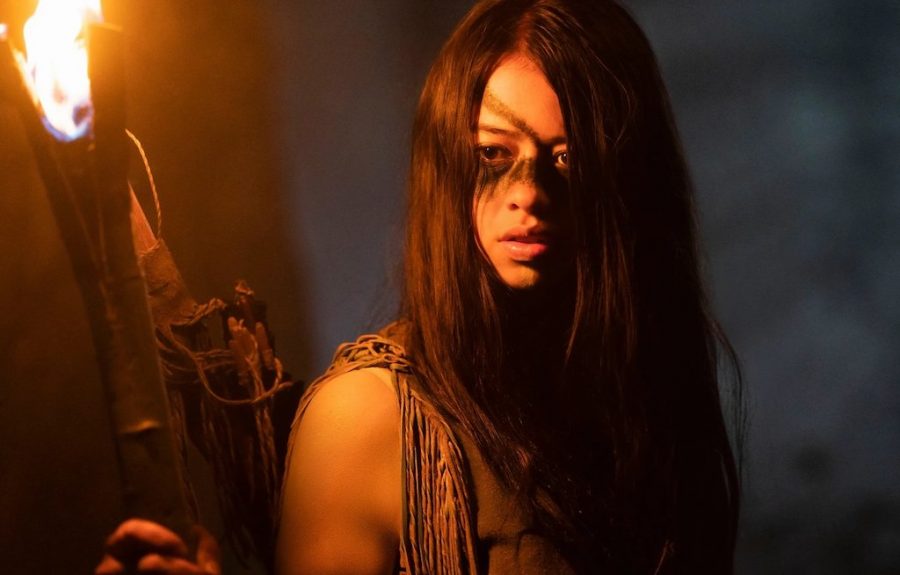 Hollywood loves to crank out boring action movies. But Hulu’s Prey is anything but. It plays off of and reverses long-standing Hollywood tropes about Native Americans to craft an alien thriller that actually delivers.

There’s a climactic action sequence near the end of Prey that is set in the deep forest at night during a gentle snowfall. It represents the final face-off between the towering alien of the Predator franchise and a slender adolescent Comanche girl who’s trained herself to be a great hunter. The scene is lit by the alien’s iridescent green blood dripping off leaves and trailing across rocks and smearing the combatants as they fight. It’s gripping, edge-of-the-seat stuff — exactly the kind of climactic scene that action film fans crave.

In fact, the whole movie, currently streaming on Hulu, is a remarkably effective and imaginative revival of the sci-fi/action Predator franchise. Though roughly done in many ways — such as the sometimes terrible CGI of the animals, particularly the mountain lion — overall it’s a fast-moving, exciting little action film. Writer-director Dan Trachtenberg (10 Cloverfield Lane), working with screenwriter Patrick Aison, is to be congratulated for coming up with a wow of a premise: the first of the ferociously aggressive, nearly unkillable “predator” aliens to arrive on Earth lands in Comanche territory in 1719.

If you know your movie lore, in classic Westerns, the Comanche are often represented as a formidable Great Plains warrior nation, but in cliched terms of villainy. Still, a certain awe was often built into those Westerns, with the single word “Comanche” whispered by white settlers terrified by massacres out on the plains.

It was one of Trachtenberg’s goals to make Comanches the leads in their own movie for once. Comanche producer Jhane Myers, who grew up on Predator movies, hoped to do a Comanche language–dominated film (which reflected the original intention for the film, indicated in the script). That option can be selected on Hulu.

Unfortunately, the default version of the film is mostly in English, with only a few lines in Comanche, though the characters are mostly Comanches speaking to one another. The logic of this is confusing, especially when a filthy, scraggy band of French fur trappers turns up who consistently speak French throughout the film, which has no subtitles.

The cast is uniformly good, particularly Sioux actor Amber Midthunder (Legion; Roswell, New Mexico) playing the lead role of Naru with remarkable poise and charisma. Her gleaming eyes through a wide band of black face paint are the central feature of a star quality you don’t often see.

Naru has to teach herself tracking and weaponry skills while her older brother Taabe (Dakota Beavers) is celebrated as a heroic young hunter, the one who comes home with a dead mountain lion slung over his shoulders, to be feted by the whole community. Naru has great gifts too, but they tend to be shrugged off as mere women’s skills, such as her healing abilities taught to her by her mother (Michelle Thrush). She’s disrespected as a self-taught hunter, specializing in axe-throwing, and she struggles with her own lack of experience, consistently hitting her targets in practice but missing at the crucial moment of action:

Naru: “I almost brought down a deer today.”

But her keen ability to observe the behaviors of predators and prey make her the first one to spot and take seriously the strange tracks and bizarre kills of the alien in the woods. And her unorthodox plans of attack will also make her, ultimately, the only member of her community who has a hope of taking on the alien.

Naru has one dedicated comrade, her russet-colored dog Sarii (played by a Carolina dog named Coco). The presence of this wonderfully handsome dog does mean you have to spend the whole movie worrying whether Sarii will survive. But on the other hand, the dog is a very effective source of tension in a film in which multiple sources of tension are artfully combined and then pay off in complex and visceral action scenes.

Trachtenberg warns of what to expect in an early scene when we see an insect eaten by a rat, which is promptly swallowed by a snake, which is in turn… well, you’ll have to watch the movie to see what happens to the snake. The point is, chains of predator-prey relationships keep developing and then getting more complicated and then, as humans and aliens are brought into the action, reversing themselves in the film. The young hunters who have to prove themselves in a ritual coming-of-age challenge describe it this way: “The creature you’re hunting is also hunting you.” That turns out to be excellent training for what’s to come.

As in the rest of the franchise starting with the first, fantastic Predator film of 1987, the alien is humanoid in shape but bigger, stronger, faster, and with far greater mastery of tools. Technology unknown to humans gives the alien heat-vision, meaning it can detect humans by the warmth of their blood, plus the ability to turn transparent, nearly invisible against the wild greenery. Fighting the alien always means finding a way to undermine the power of those two abilities.

But the alien resembles humans in its merciless, territorial bloodlust that tends to wipe out any living thing in its path. As in Predator, the comparison between alien and humanity at its worst is always underscored. In Prey, Naru comes across an entire herd of buffalo slaughtered and skinned, rotting in the sun, and her assumption is that the alien is to blame. But it turns out to be the work of the French trappers on a gratuitous killing spree.

The alien’s chilling imitative tendencies further blurs the alien-vs-human line. In Predator, the most disturbing instance of this is the uncanny moment when the dying alien speaks for the first time, echoing back to his killer, the last man standing (Arnold Schwarzenegger), his own incredulous line: “What the hell are you?”

But the alien can also imitate and make deadlier any human tool, so he’s soon fighting with high-tech versions of spears, arrows, and his own invention, a bladed shield also used as a throwing device. In the Predator series, we’re up against a kind of futuristic hybrid version of ourselves.

Predator offered up an anti-macho take during the 1980s, the most macho era of the action film, when a cartoonishly over-muscled hero played by Schwarzenegger, or Sylvester Stallone, or Dolph Lundgren, was always bestriding the cinema like a Colossus. In the opening sequence of Predator, a helicopter-load of despicable gym-built military braggarts, toting assault rifles and flexing their biceps and feeling impervious to danger, get dropped into a jungle where they’re soon reduced to silent, gaping terror against a far superior foe. It’s a satisfying development to watch.

(The Alien series of 1979 to the present, offered an even better corrective, with its quietly formidable heroine Ripley [Sigourney Weaver] in the first film, and the sequel, Aliens [1986], featuring Bill Paxton giving one of his great performances as the supposed ultra-tough guy reduced to shrill hysteria, yelling the immortal line, “Game over, man! Game over!”)

Prey follows out this resistant strand of logic in the franchise by making the young, overpraised male warriors inclined toward strutting, bragging, and a fatal lack of attention paid to unforeseen new enemies in their territory. This leaves one determined but inexperienced warrior-hunter Comanche girl and her dog as the apparently overmatched protagonists.

It works beautifully. For once, I’m looking forward to the inevitable sequels.