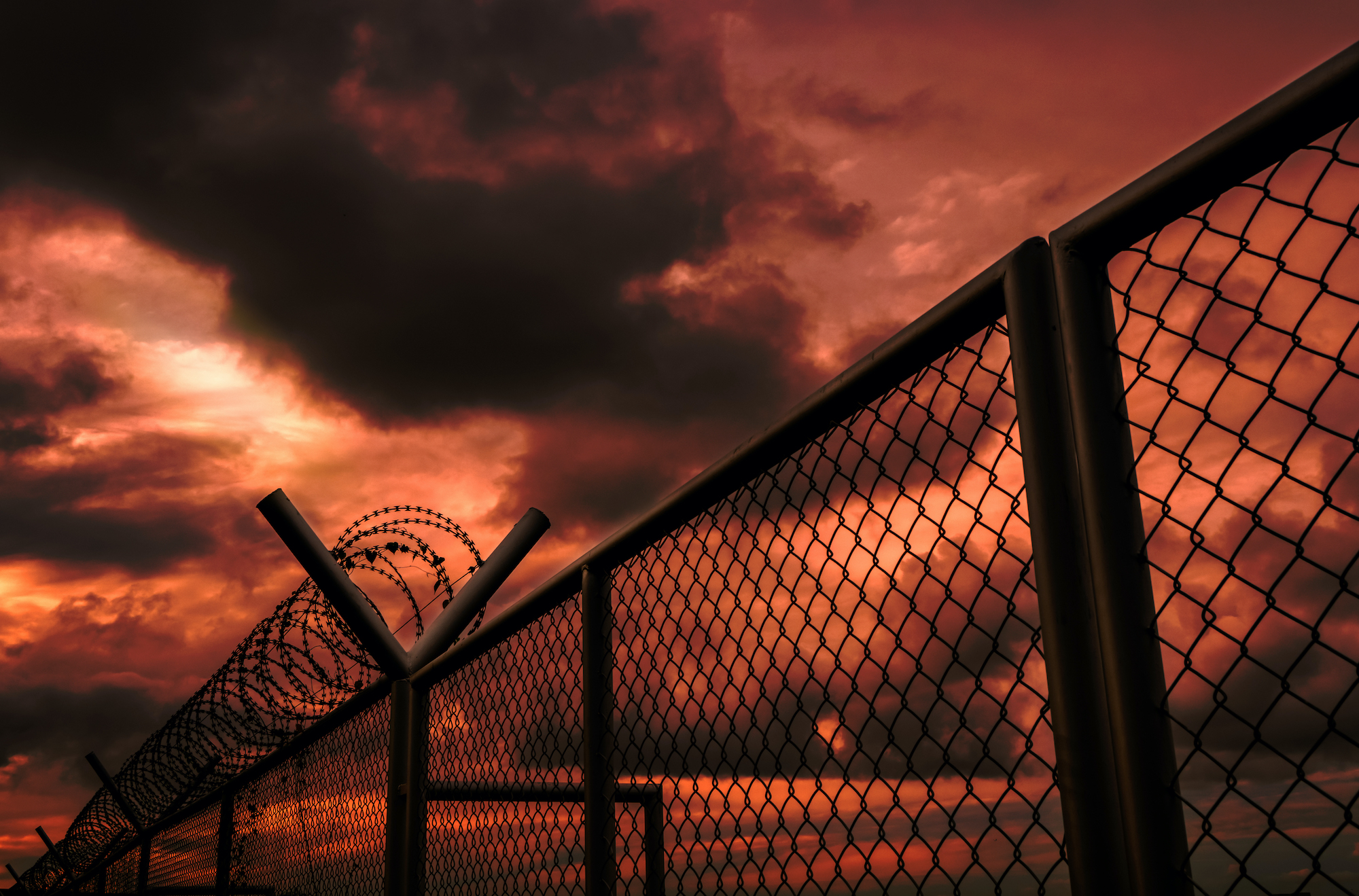 Prison Cells Can Reach Nearly 150 Degrees in the South

Summers in the U.S. have been getting hotter year over year—and more dangerous as a result.

Little has been done by U.S. prisons in recent years to combat their readiness for heat waves. In Texas, where just 20 percent of prison units in the state have air conditioning, cells regularly reach temperatures as high as 110 degrees, with some cells getting as hot as 149 degrees, according to a study released by the Texas A&M University Hazard Reduction and Recovery Center earlier this month. In Florida, where just 24 percent of prison units have air conditioning, prison reform activists recently told the Orlando Sentinel that cell temperatures exceed 100 degrees. And in Arizona, where temperatures as high as 120 degrees can result in the cancellation of flights, inmates were left outside to bear the brunt of it.

Texas, Arizona, and Florida are just three of 13 states that don’t have universal air conditioning in their prisons, according to the Prison Policy Initiative: Alabama, Arizona, Florida, Georgia, Kansas, Kentucky, Louisiana, Mississippi, Missouri, North Carolina, South Carolina, Texas and Virginia. Without air conditioning, which is mandatory in order to live comfortably in many of these states, inmates exposed to the heat for long periods of time can suffer from potentially fatal heat strokes, according to the Initiative, as well as adverse effects on their kidneys, liver, heart, and brains.

The effects that the grueling conditions of these prisons can have are made worse by the mandatory labor many of its inhabitants are forced to take part in, Jamila Johnson, deputy director for the Promise of Justice Initiative in Louisiana told VICE News.

“In the course of their day, there are people who are fully working in the fields, they’re working in prison enterprises, working to make tags for license plates, doing other manufacturing work, working in kitchens,” Johnson said. “Those are our grueling jobs in the best of conditions.”

Working through the heat has always been a risk for American laborers. Between 2011 and 2019, at least 344 American workers died of heat stress in the U.S, according to the U.S. Department of Labor, with the agency adding that the figure is likely underreported.

But these figures don’t account for prison workers, who are subjected to similar kinds of work, but aren’t considered employed. In states like Louisiana, prisoners are working for wages as low as 4 cents an hour in the hot sun. But whereas unincarcerated workers are more free to take time off or alleviate themselves from the heat with cold water or breaks in the shade, incarcerated workers aren’t afforded the same basic rights.

“They get a disciplinary write-up, which could stop them from being able to get parole or request their change of job that would get them out of the field or to a spot that might be safer,” Johnson said. “Not subjecting yourself to the brutal heat is a decision that comes with incredible consequences not seen in the outside world.”

As is the case for most issues regarding prisons in the U.S., this issue disproportionately affects Black and brown Americans since they make up a majority of those serving long-term prison sentences.

“If you want to know what climate racism looks like, the lack of care about installing air conditioning in prisons is a real example of that at its most concrete,” Johnson said. “People acknowledge that prisons are inherently unsafe places and therefore don’t care as much about the ways that they could be made safer.”

The heat can impact more than just a person’s physical health. A 2019 study on solitary confinement in Louisiana conducted by the Vera Institute of Justice found that self-harm incidents for those in restrictive prison housing spiked in June and don’t level off until September.

There have been legal efforts by the incarcerated to push for proper air conditioning in U.S. prisons, nearly all of them arguing these harsh conditions go against their 8th Amendment rights to not be subjected to cruel and unusual punishment.

But despite solid cases, these prisoners faced severe legal pushback. In 2014, inmates at the Wallace Pack Unit prison, located 70 miles northwest of Houston, sued the Texas Department of Criminal Justice over the lack of air conditioning, saying in their lawsuit that nearly two dozen prisoners died of heat stroke in the last 20 years. It wasn’t until 2018, after the state nearly doubled the cost it would take to simply install ACs to fight the lawsuit, that a U.S. District Judge, ruled in the inmates’ favor.

In Louisiana, inmates on death row at Angola State Penitentiary sued the state Department of Public Safety and Corrections for the conditions. Instead of paying the estimated $225,000 it would cost to install AC (before engineering and operating fees), the state spent over $1 million fighting the lawsuit for three years. The state eventually got the case dismissed in 2019, as the 5th Circuit Court ruled there were other remedies such as cool showers, ice machines, and access to cold water.