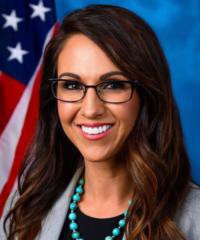 Could an abortion clinic open up on national parks like America’s 63rd and newest national park, the New River Gorge in West Virginia?

Since the Supreme Court repealed Roe v. Wade in June, states can make abortion illegal, which many are prepared to do. In response, some Democrats have proposed a workaround: opening or operating abortion clinics on federal land in red states.

The Biden administration hasn’t ruled it out.

“We will take a look at every option to make sure a woman has access to the care that she needs,” Health and Human Services Secretary Xavier Becerra said, when asked by CNN’s Alisyn Camerota whether the administration would consider it. “We’re not prepared to say what that means. All those things have been put on the table.”

The Protecting Life on Federal Lands Act would ban any abortion clinic from operating on federal land.

Under a decades-long federal policy nicknamed the Hyde Amendment, the federal government can’t actually operate or pay for almost any abortion or abortion clinic. However, a private abortion clinic could legally operate on federal land, if the federal government leased them the property. It’s also possible the Hyde Amendment could be repealed, as many Democrats want.

Supporters argue the bill not only protects fetuses, but prevents circumvention of what should be a binding Supreme Court opinion without loopholes.

“The radical left believes in abortion at all costs,” Rep. Boebert said in a press release. “Democrats want Americans to visit the Great Smoky Mountains National Park, see the wonders of God’s creation, and then after a day of hiking stop by an abortion mill.”

(It’s unclear why Rep. Boebert singled out that specific national park, particularly when the North Carolina + Tennessee park is located about 3,000 miles from her Colorado district. Perhaps it’s because it was the second-most visited national park in 2021. But to be clear, no legislator appears to have specifically advocated for an abortion clinic in the Great Smoky Mountains National Park.)

“America’s unborn sons and daughters, who are our future, should be protected,” Rep. Boebert continued. “My bill ensures extremists won’t be able to use federal lands and military bases to circumvent the SCOTUS [Supreme Court Of The United States] decision and state laws to perform abortions on federal lands.”

(Such a Democratic policy wouldn’t be circumventing the Supreme Court decision, because that decision essentially said states can regulate abortion as they wish on their own state’s land, but federal land is just that: federal.)

Opponents counter that for what they consider a vital health care procedure and human right, the federal government must step in where states don’t.

“The legal concerns cannot be minimized. But a targeted approach could mitigate some of them,” law professors David S. Cohen of Drexel University, Greer Donley of University of Pittsburgh, and Rachel Rebouché of Temple University wrote in a Boston Globe opinion column.

“First, much depends on which state is chosen… Second, the federal land chosen within an abortion-banning state must be an exclusive enclave… Third, past Supreme Court cases protect the rights of people to travel to federal land to conduct business there,” they wrote.

“Anti-abortion states will certainly challenge abortions on federal lands. In a post-Dobbs, post-Roe country, however, options are becoming increasingly scarce,” they concluded. “The time to take calculated risks is now.”

The bill has attracted 20 cosponsors, all Republicans. It awaits a potential vote in the House Transportation and Infrastructure Committee.

Protecting Life on Federal Lands Act would ban abortion clinics on federal land was originally published in GovTrack Insider on Medium, where people are continuing the conversation by highlighting and responding to this story.