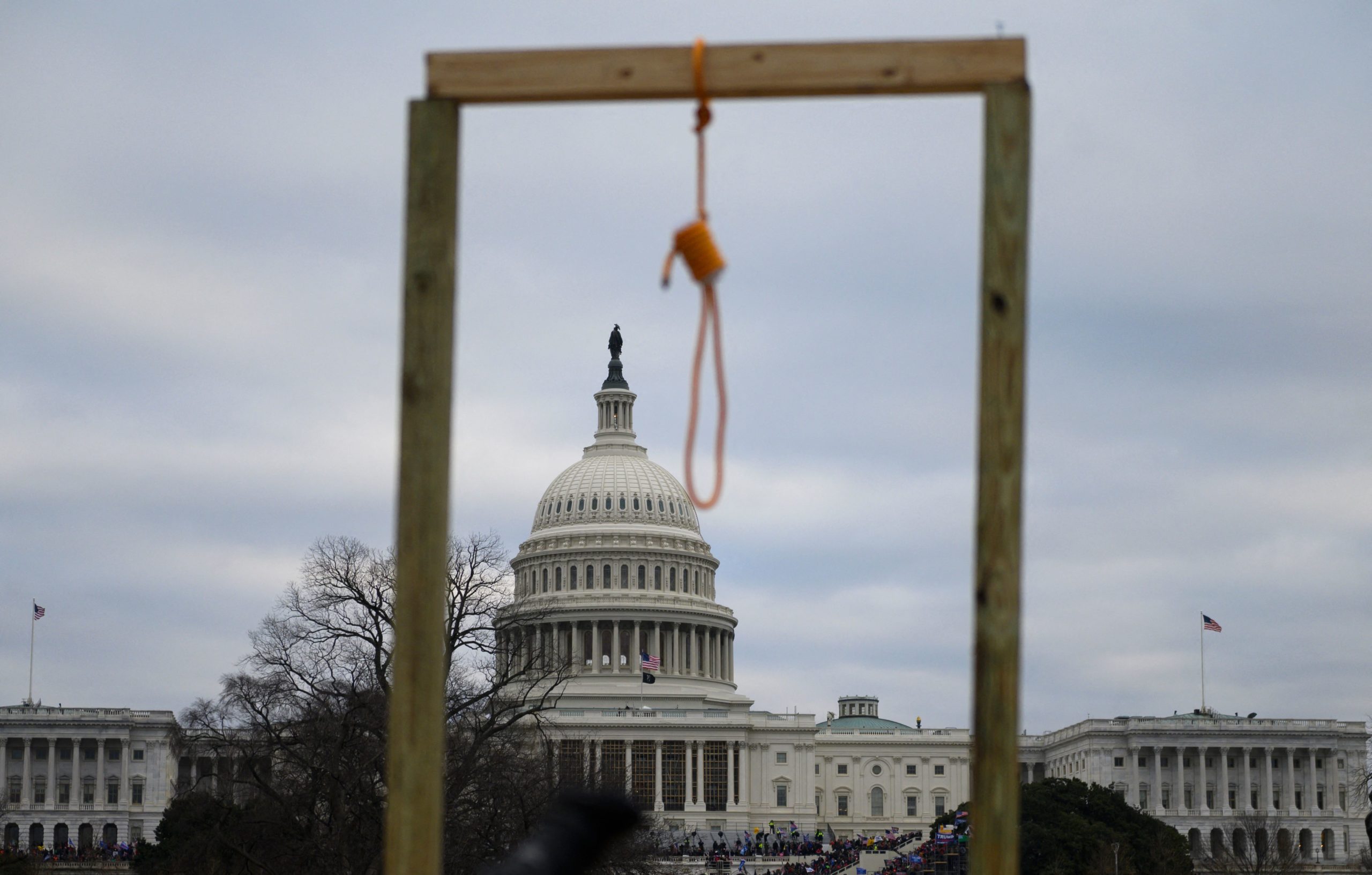 Prosecutors believe that Proud Boys leaders wanted to incite an insurrection against the U.S. government.

On Monday, top brass of the far-right street-fighting gang were indicted on federal sedition conspiracy charges for their alleged roles in the riot at the Capitol on Jan. 6, 2021.

The men were previously facing an array of other charges, including conspiring to obstruct an official proceeding. The sedition conspiracy indictment comes months after their former co-defendant, Charles Donohoe, leader of the North Carolina Proud Boys, took a plea deal with the government and agreed to testify against the others.

The indictment is further evidence that, of the nearly 800 arrested in connection to Jan. 6, the government is gradually narrowing its investigation and zeroing in on the people they believe were the architects of the riot.

Prosecutors maintain the riot was not a spontaneous outburst of mayhem, which is what many Jan. 6 defendants have tried to argue in court.

Messages exchanged by Proud Boys in the aftermath will likely continue to haunt their case. Tarrio, for example, who was watching the chaos from a hotel room in Virginia, crowed in a group chat "make no mistake, we did this."

After the Capitol was cleared of rioters, an unnamed Proud Boy texted Tarrio excitedly. "Brother, you know we made this happen," the Proud Boy wrote to him, according to prosecutors. "I’m so proud of my country today."

"I know," Tarrio wrote back.

"1776 motherfuckers," the Proud Boy wrote. "The Winter Palace," Tarrio replied, in an apparent reference to the Bolsheviks storming the tsar’s palace in St. Petersburg in 1917.

“Dude, did we just influence history?" the Proud Boy asked. "Let’s first see how this plays out," Tarrio wrote.

Two groups in particular are being scrutinized carefully by the government.

The only other defendants who’ve been hit with serious sedition charges so far are members of the Oath Keepers, a far-right militia group. Eleven Oath Keepers, including leader Stewart Rhodes, have been charged with seditious conspiracy in connection to the riot. Two of those Oath Keepers have pleaded guilty.

Meanwhile, dozens of other Proud Boys are facing lesser charges in connection to Jan. 6.

The five Proud Boys who are facing sedition conspiracy charges are expected to appear for a hearing on June 9 in D.C.