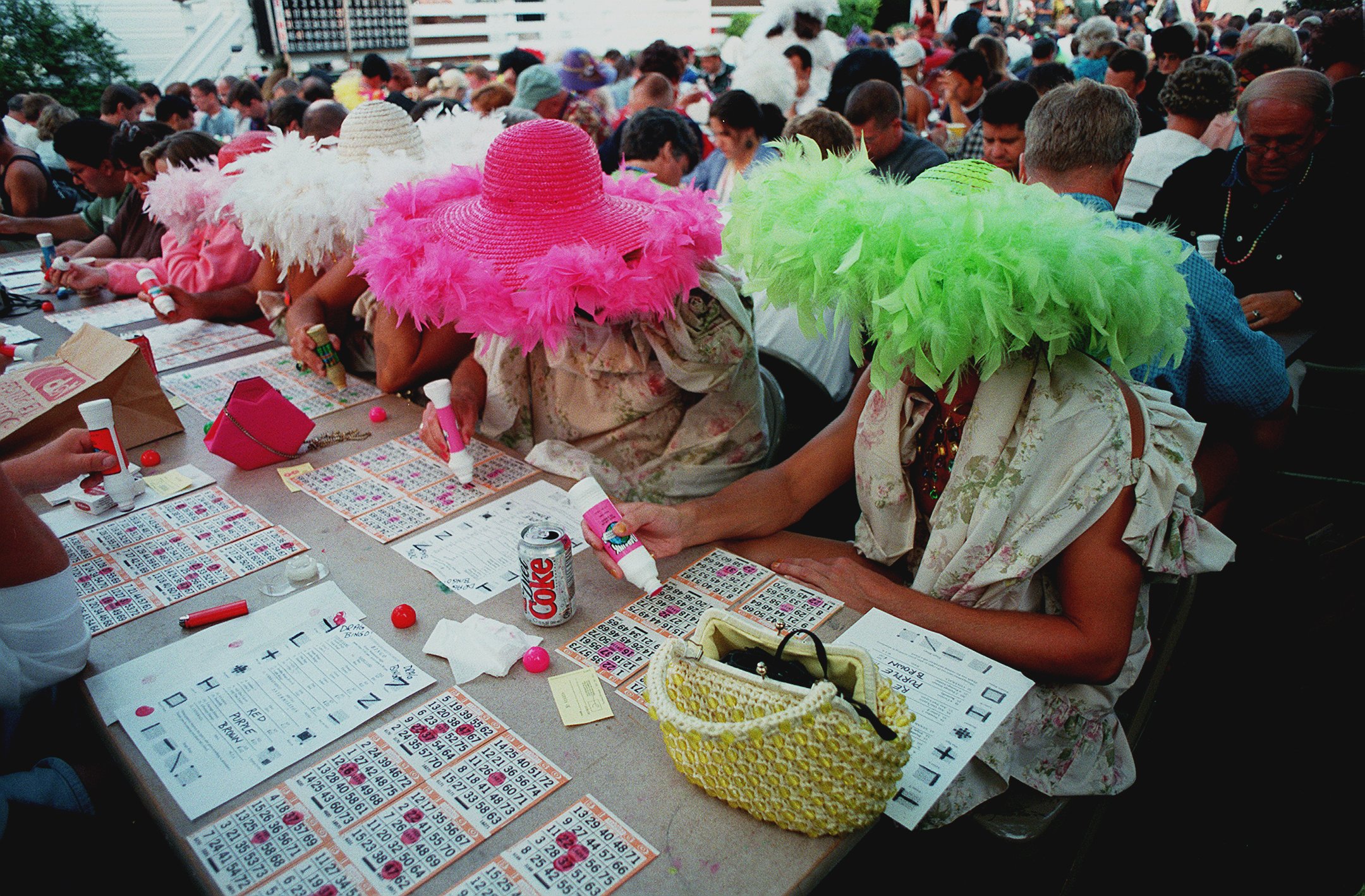 It’s another example of the right’s moral panic surrounding drag events and attacks on the LGBTQ community.

Reporters at the scene estimated there were about 100 protesters in all, who were met by 100 counterprotesters, including antifascists wearing all black. In a few instances, the two sides clashed. Photographers from the scene observed that some participants in the protest and counterprotest were carrying guns.

The incident made First Christian Church, a progressive congregation near Houston, the latest target of the far-right culture war battalion that’s been showing up at libraries, restaurants, schools—and now churches—around the country to protest LGBTQ events.

Videos recorded from outside the church on Saturday by Candice Bernd, a reporter with TruthOut, showed the protesters and counterprotesters assembled on opposite sides of a busy roadway. Uniformed Proud Boys were in attendance, as were non-uniformed men holding flags and signs from the white nationalist group Patriot Front.

Members of Aryan Freedom Network, a relatively new neo-Nazi group, were also present, and held signs bearing antisemitic and homophobic slogans, such as “Homosexuality is an abomination to mankind.” The same group was in Pflugerville, Texas, the previous week to protest another drag event, but they wore apparel with swastikas that time. At this event, they kept the swastikas under wraps until the end—one member of the group unfurled a swastika flag as they were leaving, Bernd noticed.

Some antifascists wearing all black joined the counterprotest. At one point, Proud Boys crossed the road in an attempt to confront the antifascists, and were sprayed with pepper spray as a result.

Drag queen events in particular have been at the center of an escalating right-wing moral panic that argues that exposing children to LGBTQ themes or gender ambiguity is tantamount to “grooming.” The tired conspiracies have been used as an excuse to label the LGBTQ community as inherently predatory and have rallied GOP figures and far-right extremists around a common issue.

Extremists have been continuing to target drag or LGBTQ events on a weekly basis around the country. This weekend saw protests in Memphis, Tennessee; Albemarle, North Carolina; and Lake in the Hills, Illinois, in addition to the one in Katy, Texas.

Saturday’s protest got a major boost when one of the key organizers, Sheronna Bishop was invited onto Steve Bannon’s “War Room” to talk about it ahead of the event. Bishop founded America’s Mom, which coordinates culture war protest activity, including anti-vax, anti-mask, and increasingly, “anti-grooming” demonstrations.

Kelly Neidert, who runs Protect Texas Kids, which claims to be taking “a stand in protecting kids from the toxic, indoctrinating agenda of the left” was also involved in organizing the protest. Neidert, a recent graduate of the University of North Texas, has ties to the far-right, including the Proud Boys’ former lawyer Jason Lee Van Dyke. Often seen with a megaphone and a MAGA hat, Neidert turned her campus into a culture war flashpoint. She faced calls for her expulsion from the student body after spearheading a number of transphobic campaigns on campus and helping host an event that featured a “groyper” (an acolyte of white nationalist livestreamer Nick Fuentes) as a speaker.

“Protect Texas Kids exists to protect children from the onslaught of indoctrination being brought by the extremist left,” Neidert told VICE News. “We oppose all forms of extremism, including antifa, Nazis, and white supremacist groups like Patriot Front. While the left desires to focus on Nazis, what we encounter weekly are armed, masked, violent members of antifa. I look forward to Vice including these extremists in their exposé.”

Bishop did not respond to VICE News’ query about whether they view the likes of Proud Boys, Aryan Freedom Network, and Patriot Front as allies in their activism.