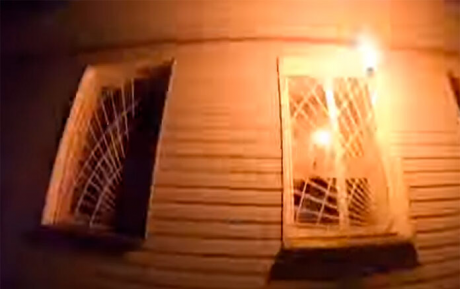 Radical Resistance from Russia to Invasion of Ukraine: Part 2

The second issue of the regular survey from the frontline anarchist media group in Kharkov. Previous material about it see here. To support them in restoration of the city social fabric please visit this page.

More and more information appears that the Russian army, having failed to carry out a blitzkrieg in three days, got bogged down in the Ukrainian expanses and is gradually decomposing from the inside. Since March 1, the Ukrainian sources has been saying that the landing operation to capture Odessa failed because the marines refused to follow the landing order. This was stated with reference to relatives of several Russian fighters of the 810th brigade, from the occupied Crimea. Soon, in social networks was published a screenshot of anonymous conversation, stating that most of those who refused to land were Dagestanis from the Caspian Flotilla. And the day before yesterday, a video appeared where a captured Russian sapper directly confirms that the sea assault failed due to refusal of 600 paratroopers to disembark. In the past few days, rumors have also been circulating that one of the reasons why Ukrainians often began to shoot down Russian planes is that experienced pilots are massively refusing to take off: information began to reach them that strikes were being carried out on civilian infrastructure and residential facilities. And only cadets or inexperienced pilots from the outback agree to bomb peaceful areas. Will wait for confirmation of this evidence.

New attacks on military recruitment offices are taking place in Russia. Оn March 2, an unknown person damaged the front door of such a building in Voronezh by fire from a Molotov cocktail and disappeared. This attack is unclaimed, while the statement we published last time about someone’s unwillingness to see his classmates and friends on the lists of those killed or captured in fact came from the Moscow region: оn the night of February 28, 21-year-old local resident Kirill set fire to the military commissariat in Lukhovitsy. After that, he got rid of his phone and did not get in touch with his relatives. Only on March 8 he was detained at the border of Belarus and Lithuania. The arsonist was urgently extradited, taken to the Lukhovitsy cop station. Kirill explained that he intended to go to Ukraine. A criminal case was initiated under the article of the Russian Criminal Code about “vandalism”. On March 13, early in the morning, he asked to go to the toilet. The handcuffs were removed from and after the toilet Kirill was escorted to the office of the criminal investigation department. From there, taking advantage of the hitch of the employees, the guy jumped out the window and ran away. He managed to climb over a three-meter fence with a mesh netting and head towards the M5 highway. Then traces of the fugitive were found in the forest in the direction of Kolomna.

On March 13, cops reported another arson attack. According to investigators, a 25-year-old store clerk in the Sverdlovsk region, protesting against sending conscripts to Ukraine, threw three Molotovs at the door of the military commissariat on Revolutionary street at about 5 am (the name of the settlement is not stated, probably Berezovsky is meant). Unfortunately, the arsonist was detained and he is charged with attempted murder, since there was a watchman in the building at that time. The watchman was not hurt. Generally, at least three fire attacks on the centers of cannon fodder gathering for Putler military!

In Belarus, two residents of Mozyr are suspected of preparing the destruction of Russian military equipment, which is now on the territory of the republic and is on its way to Ukraine. According to the investigation, one of the detainees is 34 y/o, the other is 10 years older. The defendants met in 2020 at unsanctioned mass events in Mozyr. Both have families, are raising children and have no criminal records. For the arson they prepared ten Molotov cocktails. In addition, during the search they seized ingredients for the manufacture of incendiary mixture, glass bottles, baseball bats, air gun and other items “indicative of the suspects’ criminal intentions”. The suspects are detained. According to the information available to the investigation, they are also involved in the drawing of “cynical inscriptions” and images on road infrastructure. Unfortunately, we still know nothing about the detained, not even their names.

In Moscow, during anti-war protests on March 6, two men were also detained. The security forces claim that these citizens were carrying explosives (look like a Molotov cocktail and components of an improvised explosive device). There are no other details.

On the same day, an effigy in the uniform of a Russian soldier was burned at a similar rally in St. Petersburg. According to the police, Igor Maltsev and Sofya Semenova “grossly violated public order and showed obvious disrespect for society” by this action, a criminal case was started on “group hooliganism based on political and ideological hatred”. The first of them was arrested for two months, the second was banned from certain acts.

From other hand, Center for Countering Disinformation at the National Security and Defense Council of Ukraine yesterday claimed that the Russian special services are planning a series of violent anti-war provocations and giving ethnic Ukrainian coloring to the unrests due to the deteriorating living conditions in the RF. In their opinion, the goal is “to consolidate Russian society around supporting the war with Ukraine, explain to Russian citizens the inevitability of war with Ukraine and the need to exterminate Ukrainians”. Will see how true these words are…

In addition, you can read our material on the economic collapse in Ukraine, during the first week of the agression lost half of the GDP, and what is happening due to this with employment. Also see about last year’s [url=https://assembly.org.ua/volna-nochnogo-vandalizma-na-harkovskih-uliczah-… ]wave of E-ticket terminal robberies on the streets of Kharkov[/url].

No war but the social war!