Almost every day trains in Russia go off the rails – 78 wagons last month alone. Title photo, for example, is from the Lunevo-Porkhov stretch in the Pskov region, where 13 wagons reportedly carrying explosives were derailed on June 24 (the brake did not work at the right time). You are welcome to support the team of this rubric for restoration of their community in Kharkiv and humanitarian aid to civilian population still being under daily Russian missile strikes all this four bloody month. Please join this fundraising.

At the beginning of the war, during the hostilities in the northern part of the country, the same things took place in Belarus. As of March 19, the railway communication between it and Ukraine had already been paralyzed by workers, and on April 8, the Belarusian Ministry of Internal Affairs confirmed more than 80 acts of "terrorism and sabotage" on the republican railway infrastructure and that "all attacks had a similar handwriting".

Now in Belarus, three "rail partisans" accused of setting fire to a relay cabinet before the passage of the train with weapons on the night of February 28-March 1 can be sentenced to death. The Investigative Committee announced the completion of the investigation. They are charged with four articles: participation in an extremist formation; terrorist attack; high treason; intentionally dismantling of the means of communication, which entailed grave consequences. According to the Human Rights Center "Viasna", they are so-called "Svetlogorsk partisans" Dmitry Ravich, Denis Dikun and Oleg Molchanov. The defendants are 29, 33 and 51 years old. The men are now in custody, their property is arrested. 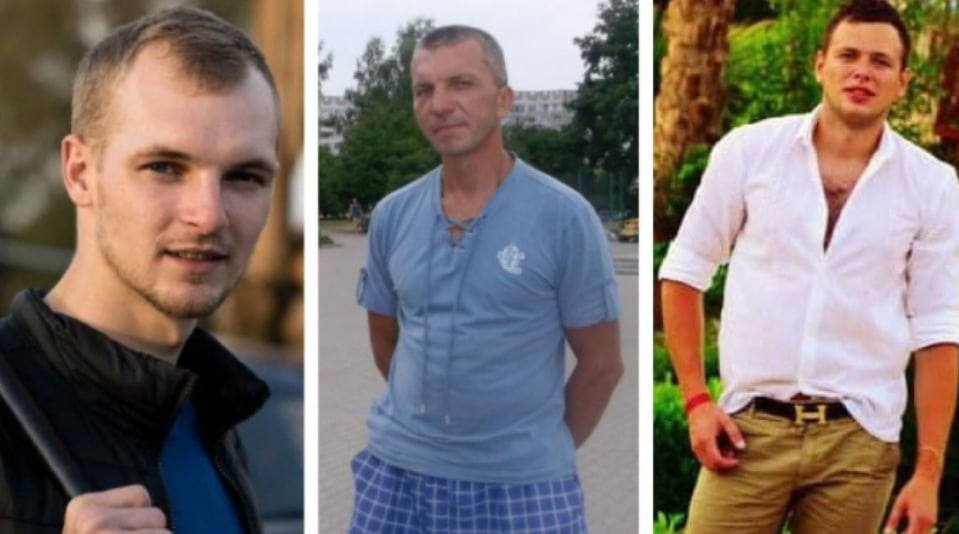 "They wanted to at least somehow help Ukraine, to stop this technique so that it would not pass further. 11 people are involved in the case of the “rail partisans”. Now the first three will be judged. For me, these people are heroes. They did not sit still, like "sofa troops." At least we tried to do something", Denis’ brother says.

Meanwhile, the supply of occupiers troops from the Far East is getting more and more difficult. Two days ago, 14 wagons of a freight train derailed on the Sgibeevo – Bolshaya Omutnaya section in the Amur region. Due to the incident, the dimensions of the adjacent track were violated and the contact network support was damaged. The movement on this section was stopped, passenger train Moscow-Vladivostok was delayed. Thus, the Trans-Siberian Railway – the largest railroad in the world and one of the most important transport routes between Russia and China – was temporarily stopped!

330 employees of the line and a lot of equipment, arrived from three other stations, were involved in the elimination of the consequences. This is the second incident on the Trans-Siberian Railway involving freight trains: on June 11, another 24 freight wagons overturned on the Krasnoyarsk section of the road, the cause of the incident was not stated.

Most of such cases throughout Russia, like both mentioned, are unclaimed. Anarcho-Communists Combat Organisation (BOAK) reported on June 28 in own Telegram channel about their second act of railway blocking to the military objects after such action a month ago near Sergiyev Posad: 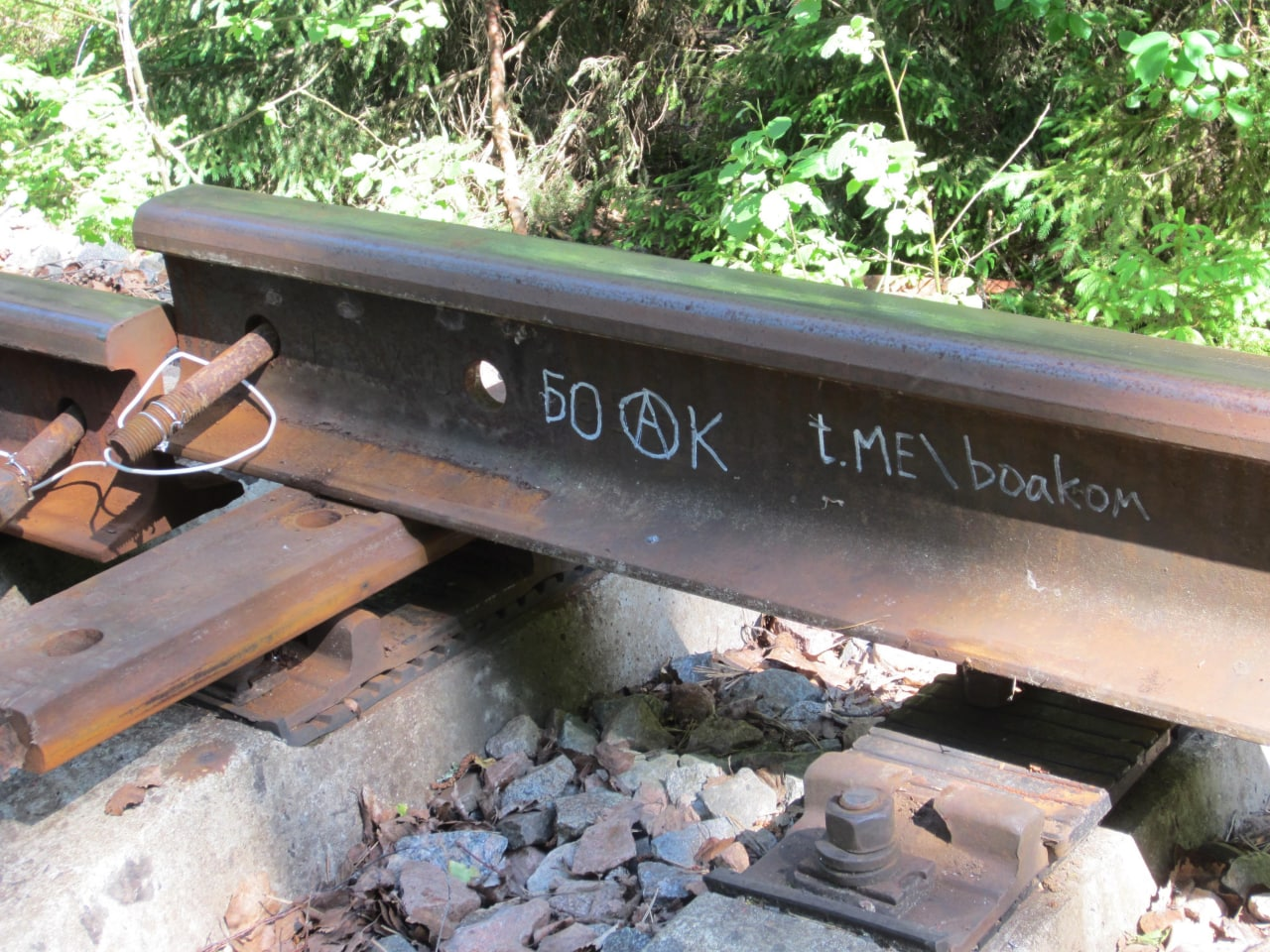 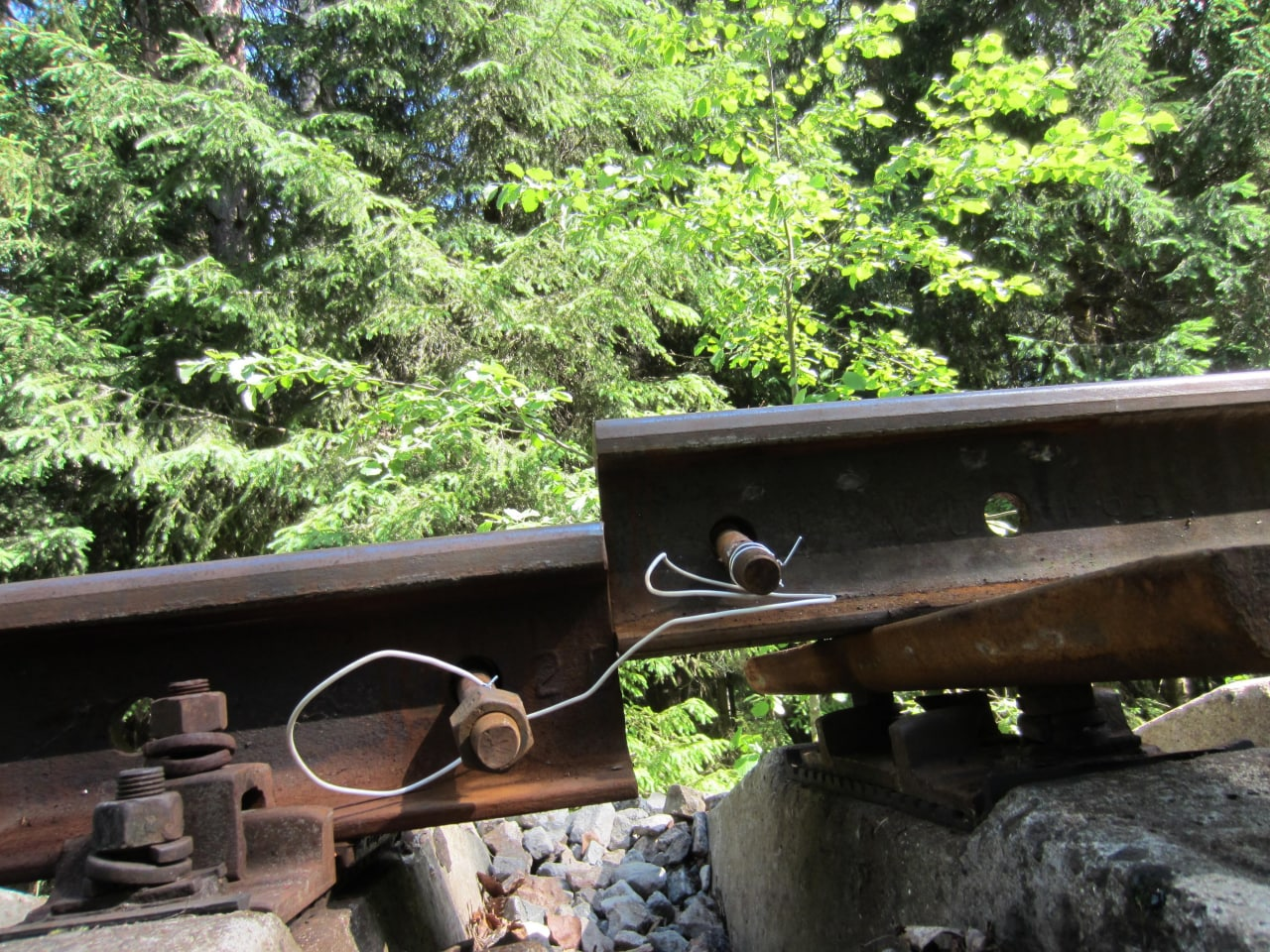 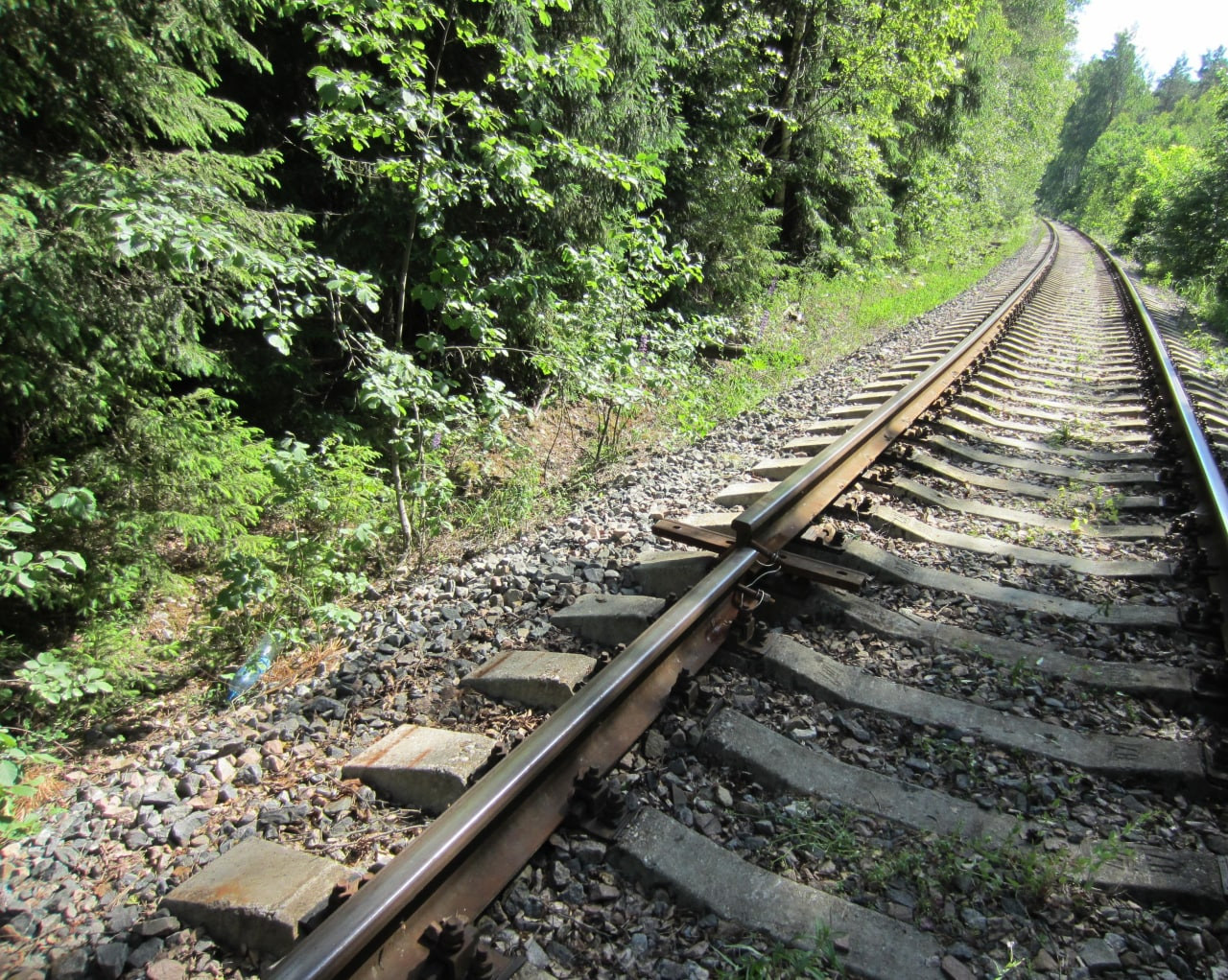 "The BOAK-Vladimir cell takes responsibility for the sabotage on the railway line leading to military unit 55443 VD Barsovo (the 51st arsenal of the Main Rocket and Artillery Directorate of the Ministry of Defense of the RF) near Kirzhach.
Unlike the previous attack, where we took responsibility without waiting for the result (decided to publish the information to show all the guerrillas how accessible the target was), for subsequent actions we chose the strategy of waiting for the result, not publishing the report until either success was achieved or the facts that the sabotage was discovered will not be received.
Unfortunately, in this case, we received reliable information (a video in the offer from a subscriber, apparently, a driver who was driving along this branch) that the sabotage was discovered on the evening of June 25.
However, even in this form, the sabotage caused harm to the enemy, delaying the movement of trains with military equipment, and causing economic damage due to the need to restore the railway lines.
What has been done:
– 34 nuts (17 on each side) holding the rail are unscrewed
– 4 nuts connecting the joint are unscrewed
– The rail at the junction is raised, laid on the connecting plate (so as not to fall into place) and set aside.
– The rails were connected to each other with a wire, in case a signal current is transmitted along the rail, to detect an open (thanks to the advice from subscribers).
We call on everyone to join the rail war!
Each stopped train is a minus of shells and rockets that could fly into peaceful Ukrainian cities".

Of course, taking into account the state of the sleepers and other infrastructure, the Russian Railways JSC often can perfectly disable its trains too. But this is not enough. They need maximal help in this sacred cause.

By the way, see also recent story from Kharkov on how city officials’ destruction of tram line in favor of private cars mobilized the local public against them.

In addition, you may be interested in this material on East Ukrainian hot clashes in the winter of 1917-1918 along railways and about the role of anarchists in the revolutionary transformations.

Imperial war machine must be in a ditch!