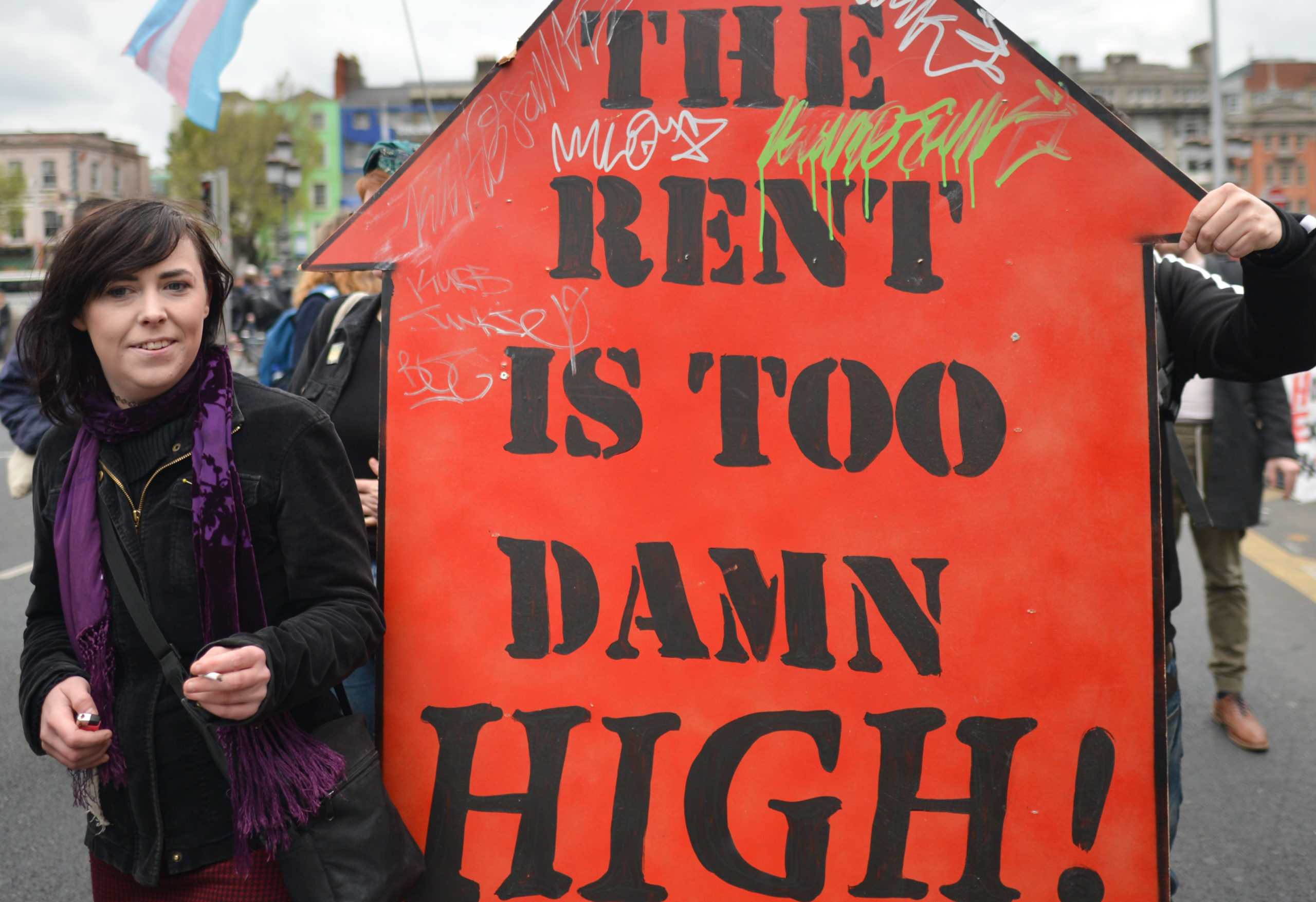 These days, I find myself looking at rent prices and thinking: what the fuck.

I have my reasons. People on Twitter say their rent has gone up by several hundred dollars. And those on fixed incomes, like some disabled and elderly people, suddenly find themselves facing eviction. Then there are the families who have had to give up their pets because they’ve become homeless.

But hard, horrible data also backs up how out of control the housing market has gotten.

Right now, rents are growing four times as fast as before the pandemic hit the U.S. in March 2020, while the median asking rent in the nation’s largest markets has shot up by more than 19%, according to a recent report from Realtor.com. In some cities, the trend is even more bleak and ridiculous: In Miami, which declared a housing affordability crisis this week, rents have increased by 57% in the past year, with an overall median price of $2,988, Realtor.com’s report states. And in Memphis rents shot up by 24.6%, with an overall median of $1,403, Realtor.com data shows. (24.6% is also the city’s poverty rate, if you’re wondering.)

These increases can translate to hundreds of dollars each month, and thousands of dollars each year. Again, this is particularly troubling for people on fixed incomes, who have little-to-no wiggle room for a higher cost of living. The average Social Security payment for Americans who can’t work due to a disability is about $1,236 a month, according to the Center on Budget and Policy Priorities. The median rent in the country’s 50 largest metropolitan areas—thanks again to Realtor.com—is now $1,807.

Consider the homeless encampment I went to in Phoenix last month, which has quietly become one the largest in the country. One grandfather I met was living in his car due an eviction this year. His landlord, as you might’ve guessed, had raised the rent. And the grandfather couldn’t afford it between his Social Security and retirement checks.

It’s also a disaster for Black and Latino renters, who were twice as likely to report they were at risk of eviction when compared with white households during the pandemic. Black women are even more vulnerable. An eviction can make it tremendously difficult to find a new place to live, burdening households for several years.

That means the people who may soon be turned out of their homes with few other options will likely be the same ones politicians and corporations pledged to help during the racial justice uprisings after George Floyd was murdered in May 2020.

In general, eviction filings are already beginning to near or surpass pre-pandemic averages in several cities across the U.S., according to the Eviction Lab at Princeton University.

This isn’t to sound fatalist or say the country’s going to shit, but we can’t collectively shrug off that inflation and housing costs are rising. And having to move out of your apartment and find a new place is another Catch-22: Landlords typically expect a security deposit and first month’s rent, at least—while a quarter of Americans have nothing in emergency savings.

As one person recently tweeted at Bill Pulte, the self-proclaimed “inventor of Twitter philanthropy” and the person people beg for money online: “I need to complete my deposit of $1,000 to be able to move into an apartment with my son. I have the first month’s rent just missing a deposit …. I’m a single mom of a 7-year-old working a low wage job in Raleigh, North Carolina.”

What is the country doing about this, you might ask? Well, President Joe Biden’s Build Back Better bill—including all its money for 300,000 housing vouchers, investments in public housing, and cash for affordable housing development—was torpedoed to hell. And whether those investments will be resurrected is anyone’s guess, since Build Back Better is seemingly off the table in its previous form. Biden’s recent budget proposal also included money for affordable housing, but that may not be enough to really slow the crisis.

In the meantime, I guess there’s always GoFundMe.