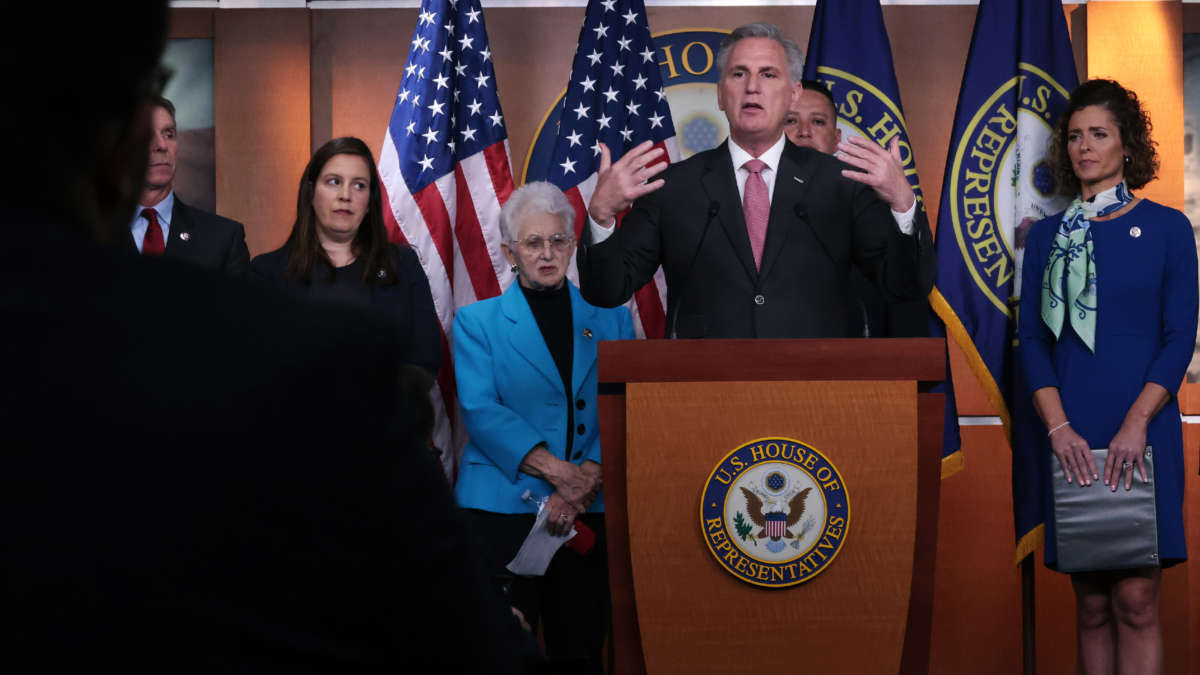 House Republicans are planning to launch a barrage of attacks on government institutions that administer to and support labor unions if the party takes control of the House this fall, new reporting reveals, showing that the GOP likely feels threatened by the growing labor movement that’s taken hold across the country in recent years.

Politico reports that Republicans in the House Education and Labor Committee have compiled a shortlist of labor officials to target if they take control of the House in the midterm elections. Republicans are looking to go after labor regulators in the Biden administration, like Labor Secretary Marty Walsh and National Labor Relations Board (NLRB) General Counsel Jennifer Abruzzo, as well as the NLRB itself and the White House’s pro-worker task force.

Targeting these figures and curbing pro-union policies that the administration has put in place “will be one of their first orders of business,” Politico reports.

“I’ve joked with my colleagues that we will probably be holding two oversight hearings a day, because we’re going to be so busy with oversight,” Rep. Virginia Foxx (North Carolina), top GOP member of the House Education and Labor Committee, told Politico. “We’re going to hold the NLRB and [Department of Labor] accountable.”

Though major labor priorities like the Protecting the Right to Organize (PRO) Act have stalled in Congress, the Biden administration has been friendly towards unions; Joe Biden appointees like Walsh and Abruzzo have been celebrated by labor leaders as pro-union picks.

Abruzzo in particular has been examining and reconsidering federal labor laws, which are predominantly skewed toward anti-union employers, in order to remove considerable barriers that stand in the way of unions and unionizing workers. Guidance that’s been handed down by Abruzzo — which labor leaders have said is crucial to giving power back to workers — is in the Republicans’ crosshairs.

Unions and the labor movement have been seeing a major resurgence over the past year. Successful union campaigns at corporations like Starbucks, Amazon and Trader Joe’s have surged across the country, while workers increasingly leverage their power with work stoppages and strikes. These groups could potentially be at the forefront of turning around the unionization rate in the U.S., which has declined considerably over the past decades. Currently, only about 10 percent of workers in the U.S. are part of a labor union.

Labor advocates and progressive activists have celebrated the new energy around labor organizing, saying that such organizing is the public’s best chance of fighting the consolidated power that corporations and the wealthy exercise over the U.S. and its politicians.

Likely sensing a threat to corporate power, Republicans have already been waging efforts to combat labor organizing. Republicans on the Education and Labor Committee say they have sent 57 letters about labor and unions since Biden was inaugurated, including 26 to the Labor Department alone and eight to the NLRB.

Republicans have also attempted to address supposed “conflicts of interest” within the NLRB, though they appear to only object to pro-union officials and sentiments.

Last year, Foxx and other Republicans sent a letter asking the NLRB to address the fact that two of its members were previously employed by the Service Employees International Union (SEIU). They claimed that this constituted a conflict of interest, though the very mission of the NLRB is to protect workers’ rights and shield workers from anti-union employers.

The Republicans made no mention of an established conflict of interest from 2018 concerning former board member William Emanuel, a former shareholder in notorious anti-union law firm Littler Mendelson. Investigative reporters revealed that Emanuel had broken NLRB ethics rules when taking part in a case that directly involved Littler, which the board itself later confirmed, though Emanuel still served on the board until August of last year.

Copyright © Truthout. May not be reprinted without permission.