The image of human skin being stripped away to reveal the metallic visage of a robot is one that has terrified and intrigued us, from the original Westworld (1973), to The Terminator, and beyond. Now, scientists have grown living human skin on a robot finger that can even heal itself when injured.

In a new study, published on Thursday in Matter by scientists at the University of Tokyo, researchers write that humanoid robots "require a human-like appearance to improve the efficiency of information exchange with humans and to evoke likability." To achieve this end, simply using silicone rubber won’t do, because humanoid robots may need to operate in risky environments where human skin’s ability to heal itself would come in handy, the authors write.

So, the scientists turned to "skin equivalents," which are currently used as implants to treat severe burns. This equivalent is made of living human skin cells and hydrogels made of, for example, collagen. In their work, the researchers effectively grew skin on top of a robot finger. To do this, they first cultured the dermis (the middle layer of human skin) on the robot finger using a mixture of collagen and dermal fibroblasts, which are human skin cells that allow skin to recover from injury. Then, they seeded this dermis with keratinocytes, which are cells that make up the epidermis (the outermost layer of skin), and ultimately ended up with a robot finger in a sleeve of living human skin equivalent.

This skin equivalent displayed the ability to heal itself. The researchers sliced the finger with a surgical tool and applied a plain old collagen sheet over the wound, like a Band-Aid. After about a week, the skin had healed over the wound. 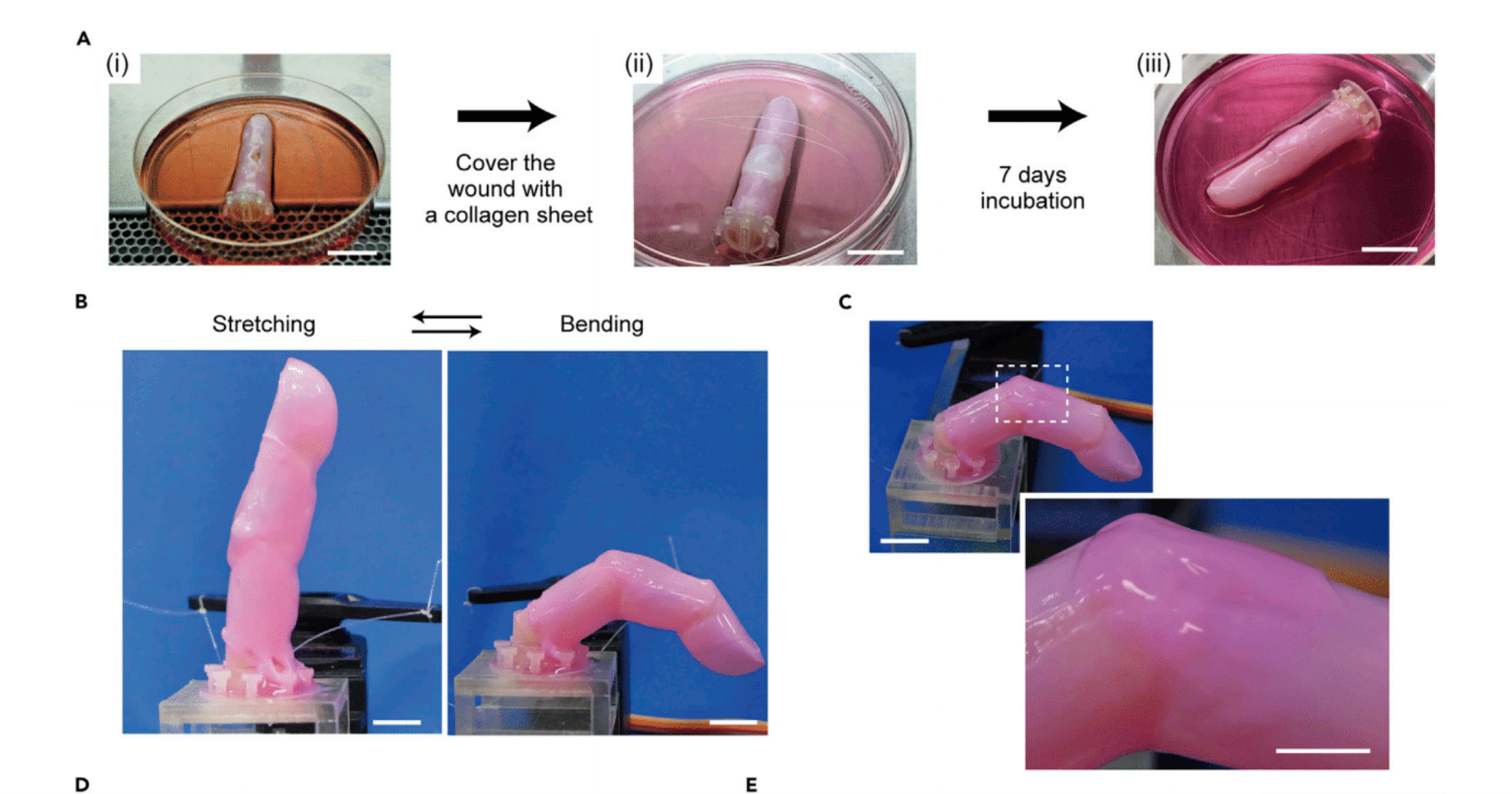 “Our creation is not only soft like real skin but can repair itself if cut or damaged in some way. So we imagine it could be useful in industries where in situ repairability is important as are humanlike qualities, such as dexterity and a light touch,” study co-author Professor Shoji Takeuchi said in a statement.

As impressive as the current work is, it’s not the end of the line for humanoid robots covered in human skin. Next, the researchers want to look towards giving the robot skin the ability to even more closely mimic human abilities, and to cover more than a finger.

“In the future, we will develop more advanced versions by reproducing some of the organs found in skin, such as sensory cells, hair follicles and sweat glands. Also, we would like to try to coat larger structures," Takeuchi  said.