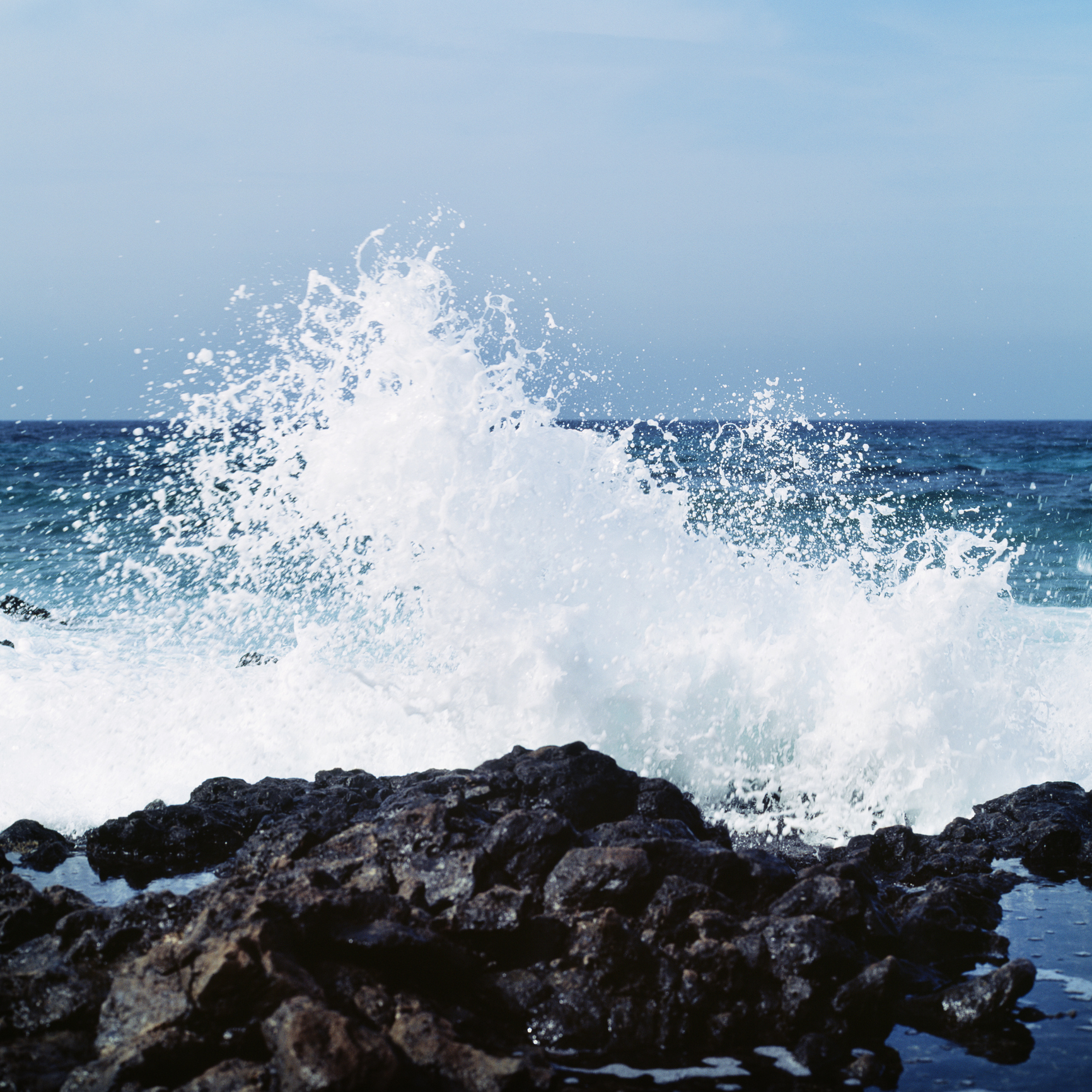 Scientists have achieved a major breakthrough toward unraveling the mystery of how life first arose on Earth and whether it might exist elsewhere in the universe, reports a new study.

A longstanding mystery—perhaps the mystery, existentially speaking—is how life originated from non-living, or abiotic, chemicals. For the first time ever, researchers at Purdue University have shown that peptides, which are strings of amino acids that are crucial building blocks of life, can spontaneously form in droplets of water during rapid reactions that occur when water meets the atmosphere—for example, when a wave hits a rock and throws up a misty spray. This could occur in conditions  similar to those that existed on Earth some 4 billion years ago, when life first took hold on our planet.

The discovery provides “a plausible route for the formation of the first biopolymers,” which are complex structures produced by living organisms, according to a study published Monday in Proceedings of the National Academy of Sciences. The team says the discovery could even speed up the development of novel drugs and medical treatments by providing a new medium for fostering rapid chemical reactions.

“There are a very large number of studies showing peptide formation, but they all use catalysts or modified amino acids to make species unlikely to exist naturally,” said R. Graham Cooks, who serves as the Henry B. Hass Distinguished Professor of Analytical Chemistry at Purdue and senior author of the study, in an email.

Cooks and his colleagues have now shown that peptides readily form in the kinds of chemical systems that existed on ancient Earth, such as sea spray from our planet’s primordial oceans or freshwater dribbling down slopes.

“The most interesting implication is that similar chemistry explains other essential biological polymers, not just peptides,” he noted, adding that his team plans to publish more on this topic soon.

In other words, the new study has opened a rare window into the murky early years on our planet when nonliving compounds somehow assembled themselves into living organisms, a still-unexplained transformation known as abiogenesis. The formation of peptides is an important step in abiogenesis because these structures form the basis of biomolecules such as proteins, which can perform the self-replicating mechanisms that are necessary for life.

The team was able to reconstruct the possible formation of these peptides by running “droplet fusion” experiments that simulate how water droplets collide in the air, which Cooks described as “like two kids with garden hoses spraying each other.”

These experiments show that the surface of the droplets, where water meets air, is a region that can be exceptionally productive at spinning peptides out of the types of amino acids that have been delivered to Earth by meteorites for billions of years. As a result, the experiments offer a possible solution to what’s known as the “water paradox,” a problem that has puzzled scientists in the abiogenesis field for years.

“The water paradox is the contradiction between (i) the very considerable evidence that the chemical reactions leading to life occurred in the prebiotic ocean and (ii) the thermodynamic constraint against exactly these (water loss) reactions occurring in water,” Cooks explained. “Proteins are formed from amino acids by loss of water” and “loss of water in water will not occur because the process will be reversed by the water (thermodynamically forbidden).”

Put another way, peptides need some level of dehydration to form, but that is very hard to accomplish in a hydrated environment like a water droplet. For more than a decade, Cooks and his colleagues have shown that microdroplets have many unique characteristics, including an accelerated reactivity at their surfaces. These air-water interfaces are like a reverse oasis—that is, a dry refuge in the watery world of a droplet—that enables the loss-of-water reactions needed to build peptides out of amino acids.

“Expressing this colloquially, we claim that the surfaces of water microdroplets are not wet, they are dry,” Cooks said. “So the water paradox is broken.”

The discovery has implications off of Earth as well. The study suggests that sea spray droplets on ancient Earth, and other air-water interfaces, may have been peptide factories that enriched environments with the ingredients for life. The same processes may be common on other planets with similar conditions, which is useful information as scientists continue to search for life in our own solar system, and beyond it.

Indeed, Cooks said that the results “reinforce the NASA mantra ‘follow the water,’” referring to the priority that researchers searching for aliens give to planets that might host liquid water. He suggested an additional mantra—“seek rough oceans”—based on the findings, especially due to the potential role of sea spray as a key driver of peptide formation.

In addition to revealing insights about the exotic embers of life in the deep past, the study also has practical medical applications for the present and near future.

“The droplet accelerated reactions have wide applications, some just beginning to be realized in the area of drug discovery,” Cooks said. “Because reactions are so fast they can be performed automatically, on a small scale, to make drug candidates and then tested for biological activity, still automatically in high throughput fashion. We have built instrumentation to do this.”