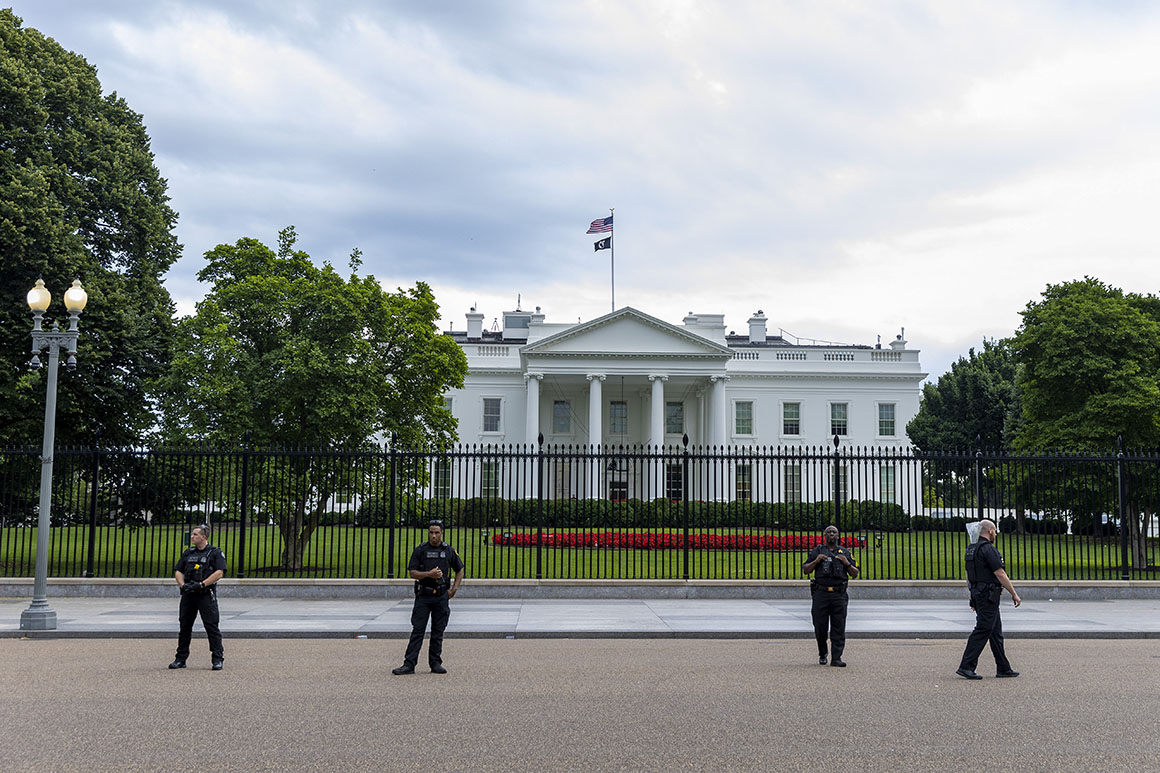 The Secret Service is considering turning off employees’ ability to send iMessages on their work-issued iPhones, hoping to head off repeats of the current controversy embroiling the agency over deleted text messages related to the Jan. 6 insurrection at the Capitol.

“This is actually something we are looking at very closely,” Secret Service spokesperson Anthony Guglielmi said. “Director James Murray has ordered a benchmarking study to further examine the feasibility of disabling iMessage and whether it could have any operational impacts.”

Missing text messages have become a recent flashpoint in investigations into the Jan. 6, 2021, riot.

On July 13, the DHS inspector general informed Congress that the Secret Service lost texts related to the attack while erasing its employees’ phones as part of a change to how it manages those devices. That revelation prompted the House committee investigating the attack to subpoena the agency for its records. The panel’s leaders suggested that the agency may have violated federal records laws by failing to preserve the messages.

The phone resets occurred as the Secret Service was implementing a new mobile device management platform, a technology that employers use to centrally manage and preserve emails, photos and other data stored on employees’ phones. Apple’s iMessages cannot be backed up by this system, because they are encrypted and stored on users’ devices, unlike regular text messages.

Because of this issue, the Secret Service couldn’t store iMessages in a central location the way it managed its email system and other technologies. Thus, when individual agents failed to manually back up their data before their phones were erased and reconfigured for the new management system, the only copies of those iMessages were lost.

Regular text messages could also be among those sought by Jan. 6 investigators and believed lost, depending on how well the Secret Service was centrally backing them up.

Cybersecurity experts have expressed amazement that the Secret Service, which in addition to its well-known mission of protecting the president also leads many complex cybercrime investigations, could fail to preserve digital data crucial to understanding its own role in one of the most stunning episodes of political violence in American history.

Lawmakers, too, questioned the series of events.

“It is quite crazy that the Secret Service would actually end up deleting anything related to one of the more infamous days in American history, particularly when it comes to the role of the Secret Service,” Rep. Adam Kinzinger (R-Ill.), a member of the Jan. 6 panel, said on CBS’ “Face the Nation” on July 17.

On Thursday, the Washington Post reported that similar device resets had erased texts by DHS’ top two officials from the period leading up to the attack.

When it comes to handling iMessages, the Secret Service follows its parent department’s protocols, and according to former CISA Director Chris Krebs, DHS has not disabled the feature. Krebs said that the White House has disabled iMessages. DHS and the White House did not respond to requests for comment.

The Secret Service is concerned that disabling iMessages could hamper emergency communications with other agencies that rely on text messaging. Guglielmi noted that the Capitol Police chief texted a Secret Service official asking for help on Jan. 6. It is unclear if this message — the only one that the agency turned over to House investigators — was sent as an iMessage.

“We want to make sure whatever policy action we take does not adversely impact our protective or investigative missions,” Guglielmi said. He added that the Secret Service is “looking at other technological solutions.” He did not provide further details.

The firestorm engulfing the Secret Service represents the latest scandal plaguing the protective agency following years of security lapses. Secret Service agents have been recalled from overseas trips for bringing sex workers to their hotel rooms, and people have jumped the White House fence and bypassed numerous security measures before being apprehended, with one person making it into the executive mansion.