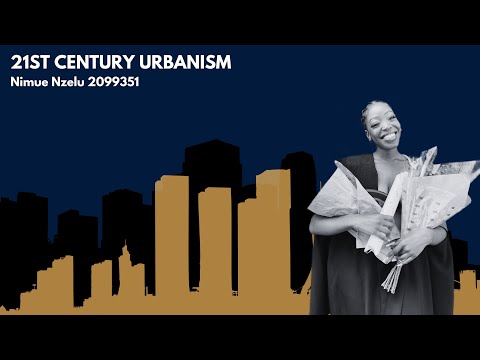 I work for a software company and so I’m inundated with emails, texts, blog posts, presentations on IoT, REST APIs, JSON, AI* and much more. These, supposedly are the makings of ‘Smart Cities’ – Cities that will take care of our every need from getting us from one place to another to preventing car crashes, providing open spaces where we can walk, play, meet friends. A planned city with something for everyone (well, maybe not everyone.)

John Lorinc’s Dream States: Smart Cities, Technology, and the Pursuit of Urban Utopias (Coach House Books, August 2022) casts a critical eye on some of the claims by application providers who say that the smart city is here and they are the ones to build it. Lorinc starts by giving us an overview of cities and how they’ve been built and rebuilt over the centuries. He shows how the advent of cities required the development of roads and canals to move goods to and from cities, how wastewater treatment became essential to the health and well-being of people in cities, how the advent of electricity changed the needs of cities and required a new kind of connectedness. As Lorinc says, ‘…it soon became apparent that cities were much more than just concentrations of human beings … They had evolved into complex ecosystems.’

As we work on programs for affordable housing, public transportation, clean water, this outline that Lorinc develops can guide us to think about each of these as a component of a larger drive for smart cities that takes into account the needs and desires of all members of a community. Planned cities of the past have often resulted in cities tailored to the needs of the managerial class. They have also often failed to meet their goals. In how many cities have projects to build affordable housing resulted in brick and concrete boxes with elevators that don’t work. Lorinc suggests that this may also be the danger of building planned smart cities.

If you aren’t up for reading the nitty-gritty details of how Romans built walls or the Chinese built canals millenia ago, then try the last two chapters. Read them in conjunction with another book about city planning – Leslie Kern’s Feminist City: Claiming Space in a Man-Made World (Verso, 2020). (Socialist Feminist Book groups might want to explore this.)

As Kern says, we live in a man-made world; city planning is almost exclusively done by white men with little regard for the perspective of women or people of color. Whether it’s women wanting to enjoy a public park without being told to smile or take public transportation with their toddler or Black men wanting to use the restroom at a Starbucks, smart cities are no more likely to be smart than cities are today.

Lorinc notes that ‘Post-pandemic eras [the Black Death in the 14th Century, the Spanish flu in the 20th) are often marked by the emergence of far-reaching societal change.’ Three years ago if you’d asked the average person what Zoom was, they’d just shake their heads; today who doesn’t know about Zoom. To remember back to those pre-pandemic days, take a look at a clip from The Good Fight. The season 5 premiere is set on March 20, 2020. The lawyers of the Boseman (Delroy Lindo) and Lockhart (Christine Baranski) firm have been told that they have to go home. Diane Lockhart says, “In the meantime, we’re setting up a teleconferencing infrastructure. So download a program called Zoom.com — Z-O-O-M.” She’s met with blank stares.

That’s just one change brought about by the pandemic – remote work, telemedicine, wearing masks. Aside from those more structural changes there have been changes in the way we socialize – are virtual get togethers as satisfying as in-person get togethers? Probably not, but they are safer.

As we think about what struggles may confront us as we work for a better world in this technological age, we need to ask not just what technology changes we need to favor (remote work? Telemedicine?) and what we must oppose (surveillance state?) but also what constitutes a smart city in the first place. And who will reap the benefits.

Our smart city must not be just glitzy tech but also Leslie Kern’s feminist city ‘… an ogoing experiment in living differently, living better, and living more justly in an urban world.’