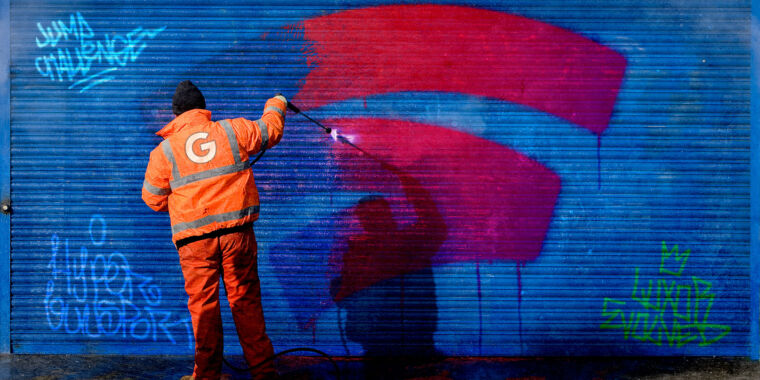 “So much screaming inside me”—Google Stadia shutdown stuns indie developers

Source Byte Studios Chairman of the Board Nikodem Swider had just put in one final late-night bug-squashing session. After four long months of porting work, his small Polish studio was finally ready to submit a near-final build addressing all of the “must fix” errors Google had identified before the game Jump Challenge could finally launch on Stadia.

Then, scrolling through the news on his train ride home, Swider saw what he called a “horror message” on his phone. Stadia was closing down. All his porting work would be for naught.

“I [thought] it was some rumor… it cannot be true,” Swider said in a YouTube video in the immediate aftermath of the shutdown. “[Then] I saw [it was an] official statement about Stadia.”

“I start shaking a little bit,” Swider recalled. “We put so much effort, so much effort to make it done… But everything [is] gone, all work has gone.”

Swider wasn’t the only Stadia developer blindsided by Google’s late September announcement that the streaming gaming service would be shutting down next January. Game makers who talked to Ars (and some who shared their surprise on social media), all said they had no indication of Google’s shutdown plans before the public announcement.

“During correspondence [with Google], we are exchanging emails—nothing showed us it could be the end of Stadia,” Swider said.

Olde Sküül Games CEO Rebecca Heineman told Ars her team was still working on a planned Stadia port of casual color-matching game Luxor Evolved the morning of Google’s shutdown announcement. Heineman said she was preparing for a marketing meeting with her Google rep, scheduled for the next day, when an employee saw the news on Google’s official blog.

Heineman said she immediately reached out to her contact at Google to find out what was going on. “A couple of hours later, I got a response saying, ‘WTF?… Well, now I know what the all-hands meeting is going to be about,’” Heineman recalled. “That was a Stadia employee!… So even they didn’t know.”

“People talked about it shutting down since day one… I just hoped it wouldn’t happen before we could put the game out!”

“I mean, people talked about it shutting down since day one,” Sheffield told Ars. “I knew it was a risk because Google is a big company, and if they’re not seeing big numbers, either of dollars or users or some other mystery number, they have a reputation for shutting stuff down. I just hoped it wouldn’t happen before we could put the game out!”