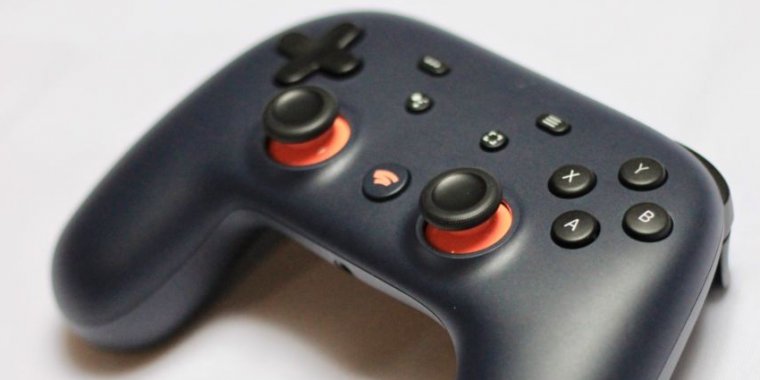 Google’s Stadia game-streaming service will die a nearly inevitable death early next year. Google is refunding players the cost of all their hardware and game purchases. But, so far, Google is also leaving Stadia players with controllers that, while once costing $70, will soon do less than a $20 Bluetooth gamepad.

Stadia’s controllers were custom-made to connect directly to the Internet, reducing lag and allowing for instant firmware updates and (sometimes painful) connections to smart TVs. There’s Bluetooth inside the Stadia controller, but it’s only used when you’re setting up Stadia, either with a TV, a computer with the Chrome browser, or a Chromecast Ultra.

That potential later date can’t get much later for fans of the Stadia controller. Many cite the controller’s hand feel and claim it as their favorite. They’d like to see Google unlock Bluetooth to make their favorite something more than a USB-only controller and avoid a lot of plastic and circuit board trash.

“Now if you’d just enable Bluetooth on the controller, we could help the environment by not letting them become electronic waste,” writes Roadrunner571 on one of many controller-related threads on the r/Stadia subreddit. ”They created trash and they at least owe it to me to do their best within reason to prevent millions of otherwise perfectly good controllers from filling landfills,” another wrote.

Many have called for Google, if they’re not going to push a firmware update themselves to unlock the functionality, to open up access to the devices themselves, so the community can do it for them. That’s often a tricky scenario for large companies relying on a series of sub-contracted manufacturers to produce hardware. Some have suggested that the full refunds give Google more leeway to ignore the limited function of their devices post-shutdown.

You can still plug the Stadia controller into the USB port on your Smart TV, computer, or gaming console and use it as a controller through a standard HID (Human Interface Device) connection. How-To Geek reports that it’s working well on PCs and with Android devices but not great on Xbox or Playstation consoles. There’s at least one Github project that reportedly improves the Stadia controller’s Windows function (as an Xbox controller). One intrepid Stadia fan, Parth Shah, had already cobbled together a “Stadia Wireless” Python hack to get the Stadia controller working “wirelessly”: connected to a phone, then that phone connecting to a Windows PC over Wi-Fi, emulating a standard Xbox controller.

Yet Shah is also active in the Stadia subreddit, asking for his creation to be made obsolete: “Not having to go through all this trouble would be so amazing. Hopefully (G)oogle does something about it.”

There’s some precedent to pushing new firmware to old business ideas. Valve, makers of the Steam PC gaming store and assorted hardware connected to it, enabled Bluetooth Low-Energy on Steam Controllers just before its Steam Box and Steam Link hardware ambitions fizzled out. Valve did have something else in mind for them, namely its Steam Link software on other platforms. But Valve made Steam Controllers viable for lots of other platforms and prevented them from ending up in, at best, e-waste sorting facilities.

E-waste from abandoned hardware is an area where Google, along with many other large tech companies, is far more quiet than it is about carbon emissions, water, or even food waste. The company’s pledge to create “A circular Google” states that the company believes that by “incorporating circularity into our designs from inception, things created today can become the resources of tomorrow and enable reuse, repair, and recovery.”

In this case, it seems like circularity, in the form of a standard Bluetooth controller, is sitting inside Stadia controllers. The reuse and recovery would be much appreciated by customers.