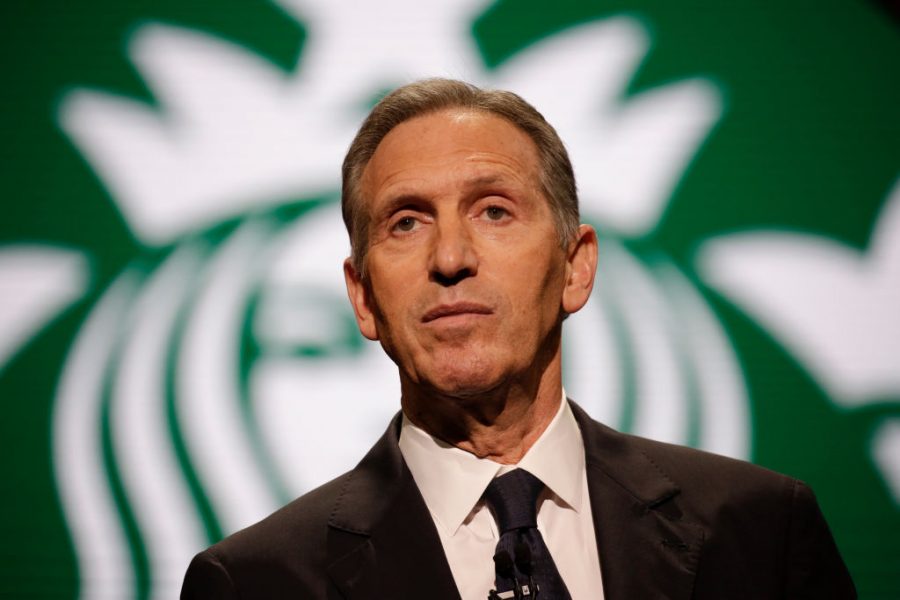 Reading the Washington Post’s recent profile of Howard Schultz, you might be convinced of the Starbucks CEO’s benevolent, liberal image. But his unrelenting drive to smash the Starbucks union shows he’s no different from any other greedy corporate leader.

In recent months, the Washington Post’s Greg Jaffe has written outstanding pieces on McDonald’s workers in Pennsylvania, Dollar General workers in Connecticut, and superb profiles of prominent Starbucks Workers United organizer Jaz Brisack, and Amazon Labor Union president Chris Smalls. Jaffe is one of several journalists — Lauren Kaori Gurley also at the Washington Post, Noam Scheiber at the New York Times, Josh Eidelson at Bloomberg, and Steven Greenhouse and others at the Guardian — who have documented the inspiring union campaign at Starbucks and exposed the intimidation its workers have faced for trying to organize a union, which is supposed to be a federally protected right.

On Saturday, Jaffe published a lengthy article in the Post on how Starbucks CEO Howard Schultz has responded to the historic union campaign, which has now spread to over two hundred forty stores nationwide. Jaffe’s story has much to recommend it.

But he lets Schultz off too easily and too often takes him at his word, even where there’s overwhelming evidence to suggest the contrary.

Jaffe shadowed Schultz for several months. The best part of Jaffe’s story explains how Starbucks’s algorithm — along with the new practice, first adopted during the union campaign, of reducing workers’ hours and strictly enforcing availability policies, thus making it difficult for workers to take a second job — has made it almost impossible for the barista who makes Schultz’s preferred drink at his local Starbucks, Elise Whisler, to earn a livable wage.

Schultz, despite all his pontificating about how Starbucks baristas are “angry at the world,” has no answer to this problem. That’s because the answer is a union contract.

Jaffe discusses at length Schultz’s “listening sessions” with Starbucks workers around the country, as if these were genuine attempts to learn about workers’ problems rather than a manipulative anti-union ploy designed to convince them he cares and plead that they don’t need a union. But he makes no mention of Schultz’s blindingly obvious obsession with “disloyal” workers who “threaten” the company he created. During a listening session in Long Beach, Schultz told one pro-union worker, “If you hate Starbucks so much, why don’t you work somewhere else?”

Except the pro-union workers don’t hate Starbucks. Many identify strongly as Starbucks “partners.” But they want to be treated with dignity and respect at work and believe the only way to achieve that is by having an independent voice at work through a union.

Schultz has the arrogance to believe that he should decide whether Starbucks gets a union. Unfortunately for him, the law says it’s not his choice.

Schultz’s Long Beach comment and his later interview with the New York Times — in which he said he would “never” engage with the union because it would lessen the customer experience — points to a larger problem, also not discussed in Jaffe’s piece: like many founding CEOs, Schultz has the arrogance to believe that he should decide whether Starbucks gets a union. Unfortunately for him, the law says it’s not his choice, nor a question of whether a union would lessen the customer experience (though there’s zero evidence to suggest this would happen), but a question of whether his workers want a union.

Schultz has overseen a ferocious anti-union crime wave over the past year. Examining worker complaints to the National Labor Relations Board (NLRB), it’s clear that Starbucks has done everything in its power to stop its workers from having a fair choice in unionizing, as the law demands. The NLRB regional director found that Starbucks committed over two hundred individual violations of federal law leading up to the first elections in Buffalo in December 2021, which the union won. Nationwide, the NLRB has over three hundred fifty open Unfair Labor Practice charges against Starbucks, which must be a record in the ninety-three-year history of the Board over such a short period of time.

The only comparable recent case — the United Auto Workers (UAW)’s dispute with Caterpillar in the 1990s — produced over four hundred complaints, but those corporate violations were committed over an eight-year period. The Starbucks campaign just marked its first anniversary.

Jaffe mentions that Starbucks has fired over a hundred fifty pro-union workers — even the Court of Appeals turned down its efforts to overturn the reinstatement of seven fired workers in Memphis. The NLRB has also ruled that Starbucks’s tactic of increasing wages and benefits for nonunion employees but not for workers in unionizing stores — the single tactic that has done most to disrupt the workers’ organizing campaign — constitutes unlawful coercion. But little of this critical context appears in Jaffe’s profile of Schultz.

Jaffe might respond that all these issues have already received coverage in the Post and other media outlets. Maybe so. But the reader needs to understand that Schultz is not a paternalistic corporate titan who runs a “different kind of company,” as the profile largely portrays him, but rather the poster child of the country’s worst labor law violator. By using his financial might to undermine workers’ choice in NLRB elections, Schultz is further weakening the country’s democratic institutions during a period of national crisis. He will go down in history alongside Jeff Bezos, Donald Trump, Ron DeSantis, and other antidemocratic corporate and political strongmen as a key figure pushing the erosion of democracy in twenty-first-century America.