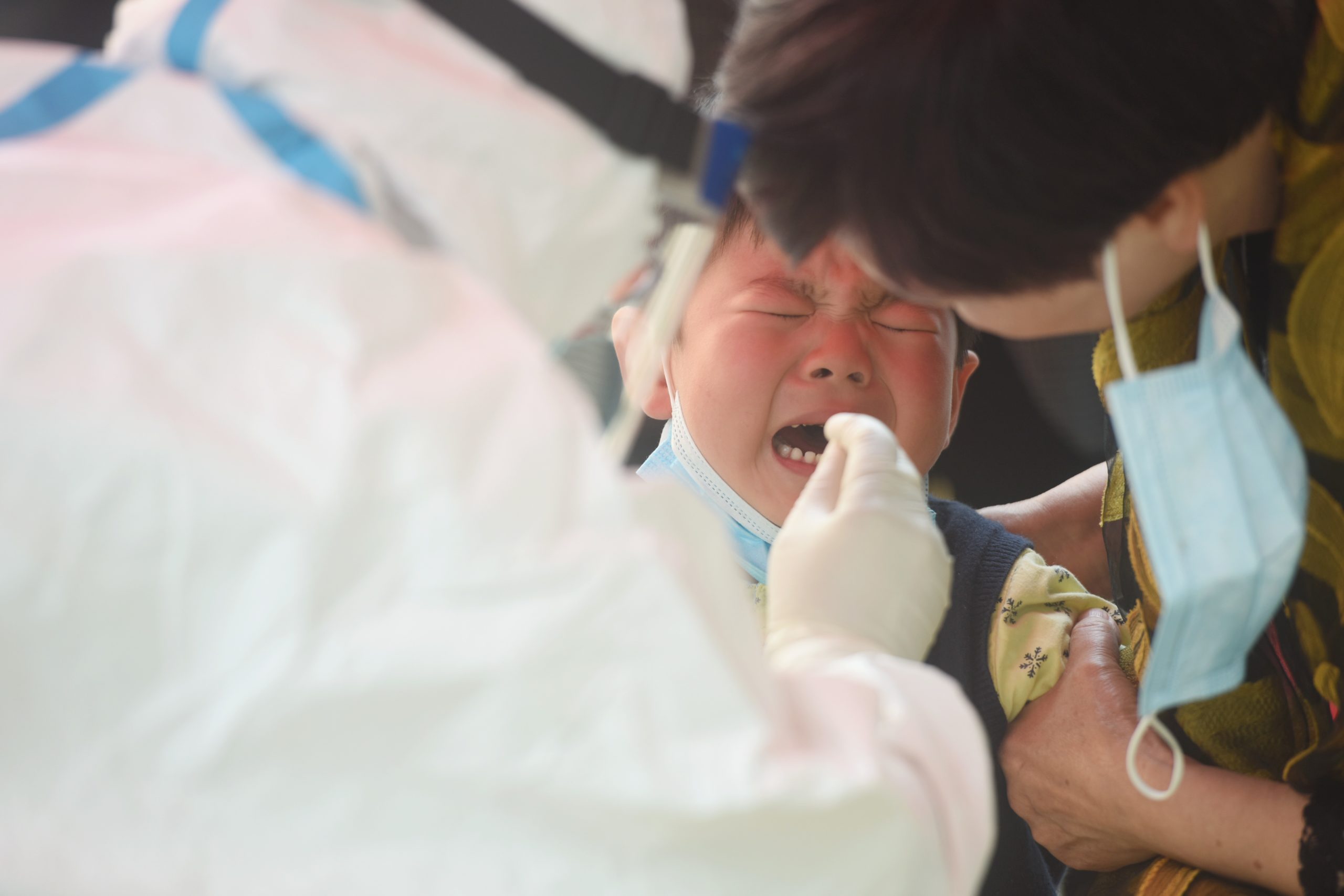 China is battling its worst COVID-19 outbreak since the pandemic emerged in Wuhan two years ago, in the biggest test yet of the country’s zero-tolerance approach to the virus.

A subvariant of the virus called “stealth Omicron” has driven the recent surge of COVID-19 cases in the country, forcing a total of some 51 million people to self-isolate in two southern cities and a northern province bordering North Korea.

On Wednesday, China reported 3,054 new locally transmitted cases. While it was down from the previous day’s 5,100, it’s a stark contrast to the mere 46 cases it reported a month earlier.

The world’s most populous nation has held on to a “zero COVID” strategy that aims to eliminate the spread of the virus with strict measures. The consequences of any action that China takes—or not—could ripple through the global economy.

In the southern cities of Shenzhen and Dongguan, which have been put under lockdown this week, factories supplying companies such as Apple have halted production. The neighbouring cities have a total population of about 27 million.

In the north, the entire province of Jilin, with a population of 24 million, has also been ordered into lockdown, and production at the Toyota and Volkswagen factories there has been suspended. Most of the recent cases were found in the province.

In the eastern financial hub of Shanghai, schools have moved online and authorities will divert more than 100 flights to ease pressure on the city’s quarantine facilities.

“The recent situation has shown that the Chinese society is not ready to face a large number of cases, neither psychologically nor in terms of social resource allocation,” Zhang Wenhong, a prominent infectious disease expert at a hospital affiliated with Shanghai’s Fudan University, said on Chinese social media.

The surge in cases presents the greatest challenge yet to China’s aggressive approach to battling COVID-19, which has managed to keep case numbers in China relatively low throughout the past two years. As the highly contagious Omicron has caused over half a million deaths since it emerged in November, the country of 1.4 billion people had until last week never reported more than 400 daily infections nationally since the early days of the pandemic.

But now, caseloads are hitting a two-year high, driven by Omicron and exacerbated by a large number of asymptomatic cases.

The danger of the virus in China is moderated by a relatively high vaccination rate, with 85 percent of its population fully vaccinated, a significant factor in preventing deaths and severe hospitalizations.

But unlike the mRNA vaccines commonly used in rich nations, China’s Sinopharm and Sinovac inactivated virus vaccines have been found to be less effective at reducing transmissions against COVID-19 variants.

According to Leo Poon, a public health expert at the University of Hong Kong, Sinovac and Sinopharm’s low efficacy rates fail to create a long-lasting antibody response, meaning the inoculated people are protected for a shorter period of time than those who received mRNA vaccines.

“That may be a problem because after getting the Sinovac and inactivated [virus] vaccines, your antibody level goes up for a very short period of time, and then starts to go down and becomes undetectable after a few months,” he told VICE World News.

A subvariant known as “stealth Omicron” is responsible for much of the current outbreak in China, said Zhang, the Chinese infectious disease expert.

Also known as BA.2, “stealth Omicron” is the more contagious cousin of the BA.1 subvariant responsible for the winter surges in the United States and England, early data shows.

A Danish study found that those infected with the “stealth Omicron” subvariant were more likely to infect others than those with BA.1. Recent cases in the UK also show that the BA.2 subvariant is overtaking the earlier version of Omicron that many countries witnessed and causing more cases.

In addition, experts say that a mass outbreak in China could potentially lead to the development of another COVID-19 variant. The more the virus transmits across the population, the likelier it is that a new variant will emerge, as seen with Delta in India and Omicron in South Africa.

“China has so many people, and some of these cities and provinces are so densely populated,” Poon said. “It’s happened in other countries, so I can’t see why it would not happen in China—it’s a possibility.”

Though China’s recent outbreak is of grave concern for public health, it could also have huge implications for the global economy, economists warn.

On Sunday, the southern technology hub of Shenzhen—nicknamed China’s Silicon Valley—was put under a weeklong lockdown. The city of 17.5 million accounts for about 11 percent of China’s total GDP, and shutting down nonessential activity could affect the global supply chain for technology. Shenzhen is home to major manufacturing facilities for Samsung, Siemens, and Huawei, among others.

At the moment, China is still able to ship products abroad as it’s been doing throughout the pandemic. But the suspension of production in parts of the country could cause shipping delays months later, said Guojun He, an associate professor of economics at the University of Hong Kong.

“Production is largely suspended, so the concern really is if the lockdown lasts too long, then there wouldn’t be enough stock to ship in or ship out,” He told VICE World News.

But China is likely to stick to its “COVID-zero” strategy, he said, despite some complaints about strict restrictions on everyday life.

The next two weeks will be critical for China, Hong Kong University’s Poon said. “If you continue to see a rise in cases in affected cities and, also, if you start to find other cases in other provinces or other cities, that would be a bad sign,” he said.

“That means they may have to impose even more stringent policies to disrupt the chain.”