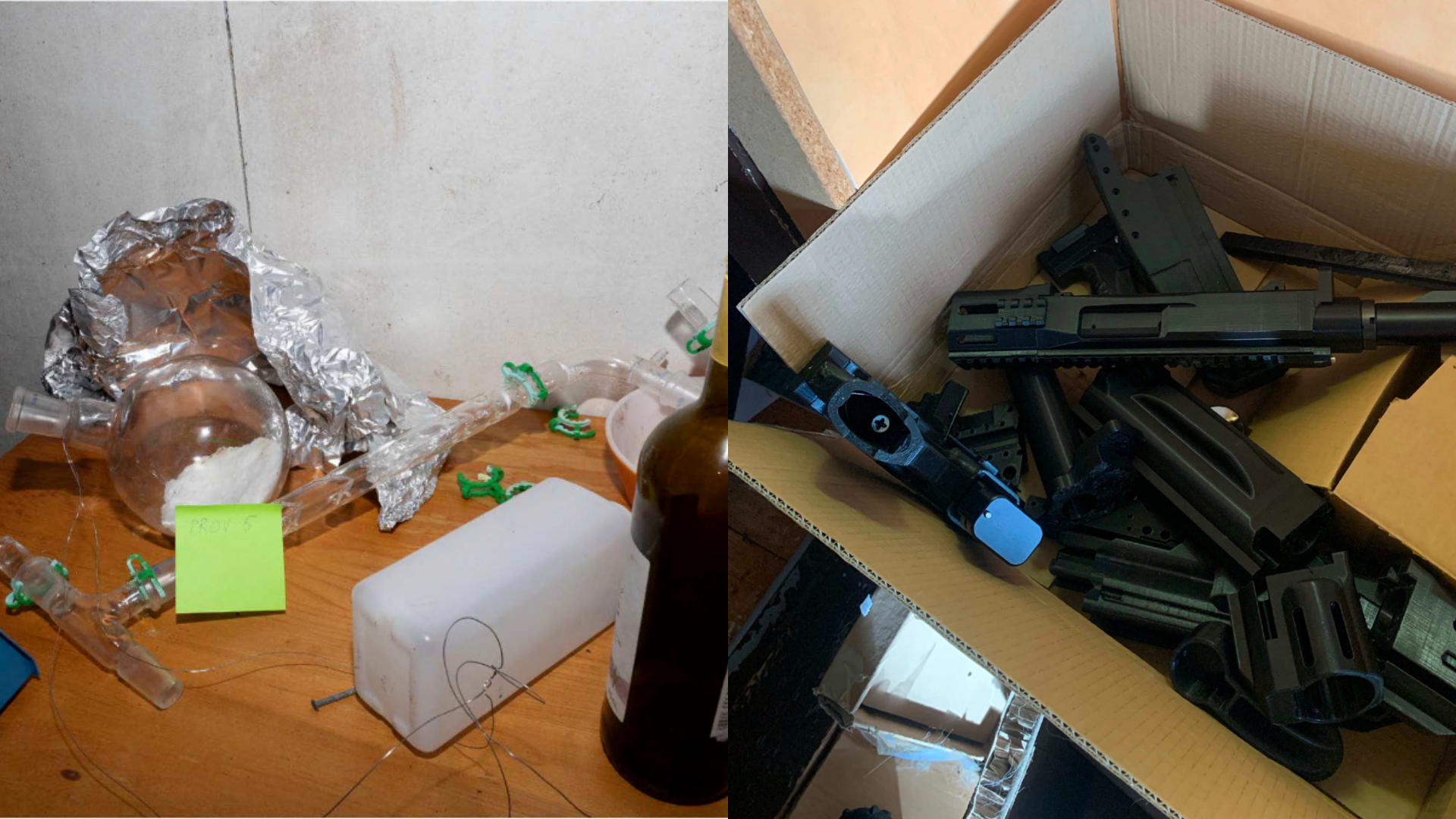 An alleged neo-Nazi in Sweden who used mass-murderer Anders Brevik as an avatar online and ruminated on how killing children can be moral was arrested with bomb-making material that could have been used to kill hundreds.

Police arrested Jim Holmgren, 25, on November 4, 2021, at his small farm home outside of Falköping, Sweden, and Swedish authorities announced a bevy of weapons charges against him last Friday. He wasn’t, however, charged with terrorism, since his alleged target remains unknown.

Police found five documents allegedly written by Holmgren about his plan, one of which they characterized as a manifesto. One of the documents outlined why it’s morally just for neo-Nazis to kill children much like Brevik did in 2011 when he murdered 77 people, mostly children. In another, Holmgren chastised neo-Nazi groups for not being willing to commit acts of mass murder to further the cause, according to court documents.

The documents indicate that he was still in the “planning” phase and had yet to choose a target, some ideas were suggested. Among the possibilities were a power plant, the police chief in Gothenburg, Sweden, or school children.

"If the crime had been completed, it would have been serious," the charging documents read, "because the preparation was intended to cause a powerful explosion in a densely populated area, at buildings of special importance and/or in an area where people gather or stay.”

Upon searching the farmhouse where he lived, police also found it to be “not a normal environment.”

Photos of the home included in the charging documents show an environment more like a scene from Fight Club or a meth lab than a home. Strewn across the place were destroyed pots, pans and scientific equipment police allege were used for attempted bomb production, a revolver, body armor, replica weapons, empty shells for creating ammunition, knives, air rifles, and 3D-printed weapon parts as well as the printer which created them. Police said Holmgren seemed to be in the process of “modifying” the weapons.

Holmgren wasn’t allowed to have a gun license because of his affiliation with a neo-Nazi group and had assaulted a woman during a neo-Nazi rally once before, according to Swedish media outlets that first reported the court documents.

Across the Atlantic, in Buffalo, New York, a man with a racist ideology was able to get his hands on an AR-15 and used it to kill 10 people while he live streamed two weeks ago. The man should have been caught by the red flag laws in New York but fell through the cracks, like so many others. Just last week another 18-year-old with violent tendencies used a similar rifle to slaughter 21 people, including 19 children, in a Texas elementary school.

While Holmgren did have a revolver, high-powered air-rifles and knives simply cannot cause the carnage an AR-15 can, although they can still do immense damage.

Investigators also found chemicals and books used for bomb production just left open around the house. And in a shed next to his home sat 50 tons of ingredients that could be used to make a powerful explosive, for which he had previously looked up the recipe online, according to the court documents. A nearby farmer owned some of the chemicals but stored them in a barn next to Holmgren’s home.

The suspect’s computer was flush with neo-Nazi literature and screeds written by previous Nazi killers, and his alleged plot was going to follow a chilling outline that many of them have used. To start, police found a helmet fixed with a Go-Pro. That, alongside a manifesto, led them to believe the he was planning to livestream his attack much like the Christchurch shooter or, more recently, the Buffalo shooter..

While police say he lived a secluded life and seemed to be planning a "lone-wolf attack," the suspect was extremely active in online forums where, where he posted using avatars of Brevik, Ted Kaczynski, and other mass murderers, according to court documents. On one 3D-printed weapon forum, he allegedly solicited advice for bomb-making and posted  posted about mass murders and discussed execution videos on others. On Telegram, a chat app beloved by the extreme-right for its lax moderation, he allegedly downloaded numerous manuals to aid in mass killings and neo-Nazi literature.

Holmgren was previously associated with the Nordic Resistance Movement, a Scandinavian neo-Nazi group, from 2015 to 2018. In his home, police said they found leaflets, a large banner featuring the group’s name, templates that would allow him to spray paint the group’s logo quickly, and several books relating to its ideology in his home. The books in the home include violent and racist novels written by the founder of Iron March—an infamous and influential neo-Nazi forum—as well as manuals to create C4, the Anarchists Cookbook, and a book urging neo-Nazis to take violent action against the system, which several mass murderers have cited in the past.

Like many other neo-Nazis, the suspect appears to have had an obsession with memes.

“A significant part of the images that Holmgren has saved on his desk is propaganda for the Atomwaffen Division, right-wing extremist memes or propaganda,” the charging documents reads. “The images call for violence or to accelerate the collapse of society and glorify the Islamic State. Many of the calls for violence are directed at the state and government officials.”