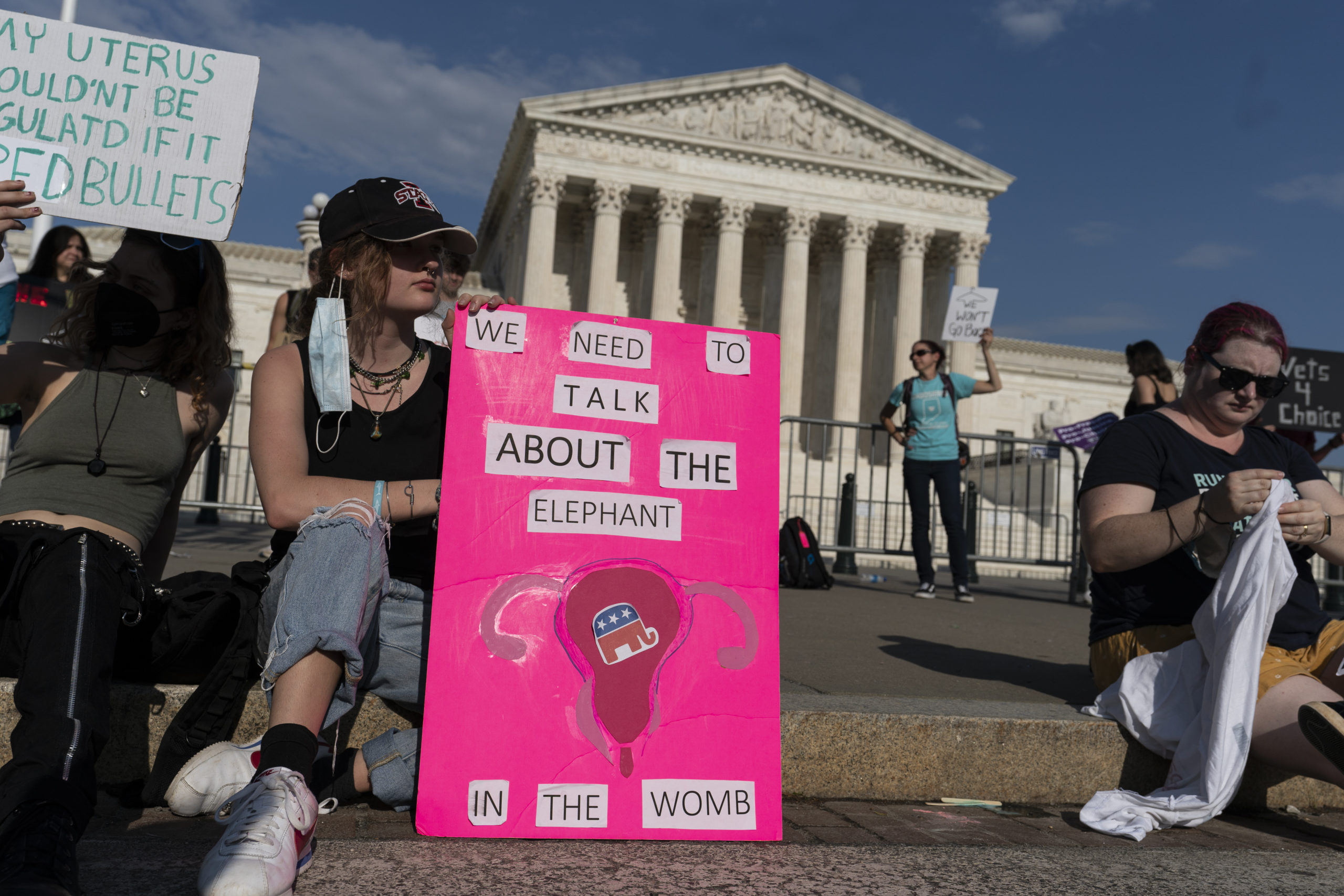 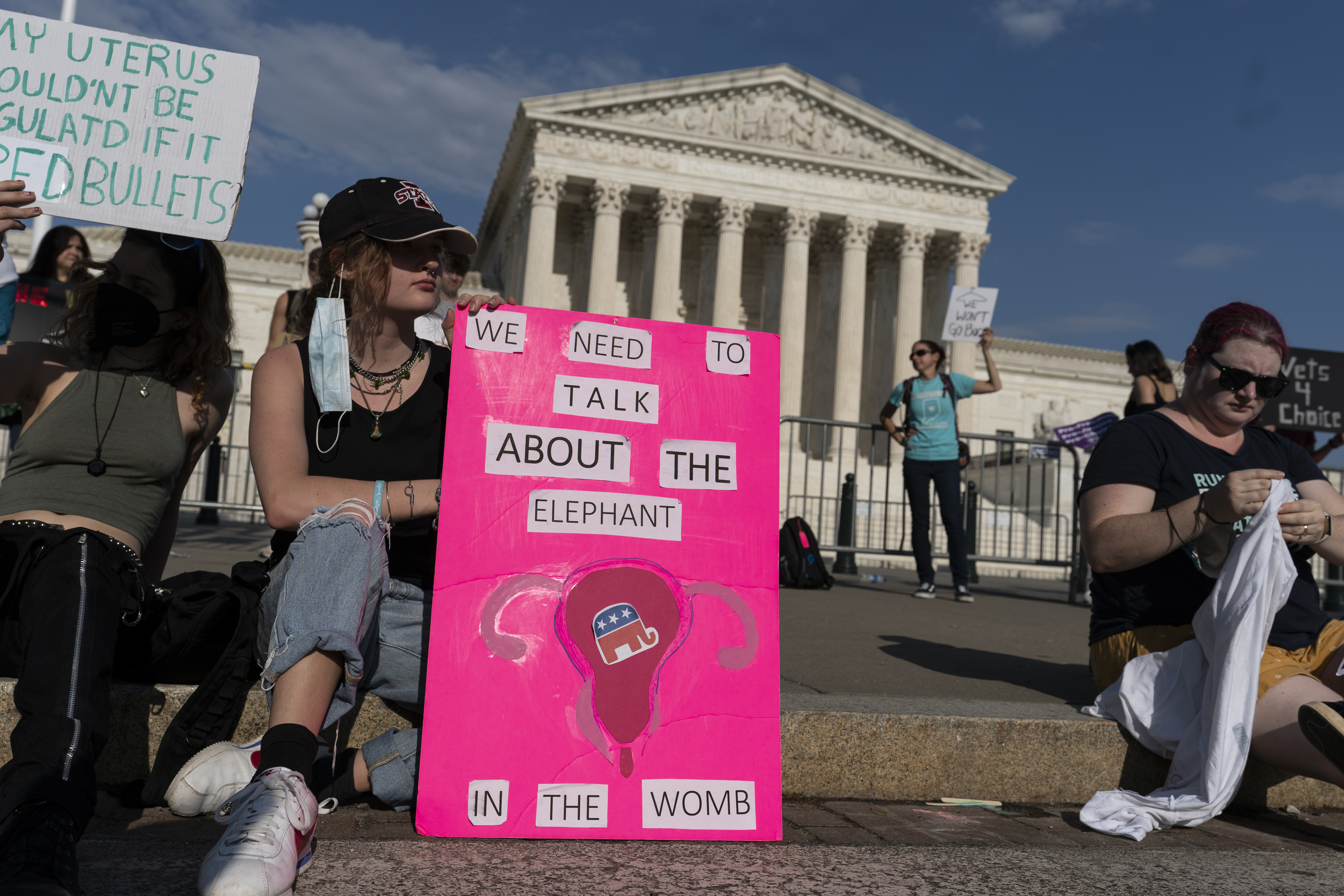 On the face of it, Samuel Alito’s draft decision in Dobbs v. Jackson Women’s Health Organization, published by POLITICO last week, represents a vindication for the Religious Right, the culmination of nearly five decades of working to outlaw abortion. “I don’t know if this report is true,” said evangelist Franklin Graham of the draft opinion overturning abortion rights, “but if it is, it is an answer to many years of prayer.”

The history of that movement, however, is more complicated. White evangelicals in the 1970s did not mobilize against Roe v. Wade, which they considered a Catholic issue. They organized instead to defend racial segregation in evangelical institutions, including Bob Jones University.

To suggest otherwise is to perpetrate what I call the abortion myth, the fiction that the genesis of the Religious Right — the powerful evangelical political movement that has reshaped American politics over the past four decades — lay in opposition to abortion.

The historical record is clear. In 1968, Christianity Today, the flagship magazine of evangelicalism, organized a conference with the Christian Medical Society to discuss the morality of abortion. The gathering attracted 26 heavyweight theologians from throughout the evangelical world, who debated the matter over several days and then issued a statement acknowledging the ambiguities surrounding the issue, which, they said, allowed for many different approaches.

“Whether the performance of an induced abortion is sinful we are not agreed,” the statement read, “but about the necessity of it and permissibility for it under certain circumstances we are in accord.”

Two successive editors of Christianity Today took equivocal stands on abortion. Carl F. H. Henry, the magazine’s founder, affirmed that “a woman’s body is not the domain and property of others,” and his successor, Harold Lindsell, allowed that, “if there are compelling psychiatric reasons from a Christian point of view, mercy and prudence may favor a therapeutic abortion.”

Meeting in St. Louis in 1971, the messengers (delegates) to the Southern Baptist Convention, hardly a redoubt of liberalism, passed a resolution calling for the legalization of abortion, a position they reaffirmed in 1974 — a year after Roe — and again in 1976.

When the Roe decision was handed down, W. A. Criswell, pastor of First Baptist Church in Dallas and sometime president of the Southern Baptist Convention, issued a statement praising the ruling. “I have always felt that it was only after a child was born and had a life separate from its mother that it became an individual person,” Criswell declared, “and it has always, therefore, seemed to me that what is best for the mother and for the future should be allowed.”

When Francis Schaeffer, the intellectual godfather of the Religious Right, tried to enlist Billy Graham in his antiabortion crusade in the late 1970s, Graham, the most famous evangelical of the 20th century, turned him down. Even James Dobson, founder of Focus on the Family who later became an implacable foe of abortion, acknowledged in 1973 that the Bible was silent on the matter and therefore it was plausible for an evangelical to believe that “a developing embryo or fetus was not regarded as a full human being.”

Despite this history, the abortion myth persists, stoked repeatedly by the leaders of the Religious Right. If abortion was not the catalyst for this political movement of white evangelicals, however, what was?

According to Paul Weyrich, a conservative activist and architect of the Religious Right, the movement started in the 1970s in response to attempts on the part of the Internal Revenue Service to rescind the tax-exempt status of whites-only segregation academies (many of them church sponsored) and Bob Jones University because of its segregationist policies. Among those affected was Jerry Falwell, who referred to the civil rights movement as “civil wrongs” and who had opened his own segregation academy in 1967. The IRS actions against racially segregated institutions, not abortion, is what mobilized evangelical activists in the 1970s, and they directed their ire against a fellow evangelical, Jimmy Carter, in the run-up to the 1980 presidential election.

Weyrich’s genius, however, lay in his understanding that racism — the defense of racial segregation — was not likely to energize grassroots evangelical voters. So he, Falwell and others deftly flipped the script. Instead of the Religious Right mobilizing in defense of segregation, evangelical leaders in the late 1970s decried government intrusion into their affairs as an assault on religious freedom, thereby writing a page for the modern Republican Party playbook, used shamelessly in the Hobby Lobby and the Masterpiece Cakeshop cases.

Weyrich’s savvy sleight-of-hand conveniently failed to acknowledge that tax exemption is a form of public subsidy and that, pursuant to the Brown decision of 1954, the Civil Rights Act of 1964 and the Green v. Connally ruling of 1971, the government has every right to stipulate that tax-exempt public institutions not engage in racial exclusion.

In any case, “religious freedom” didn’t prove to be the energizing issue that the leaders of the movement hoped, which is how abortion became part of the Religious Right agenda.

Because evangelicals had considered abortion a Catholic issue until the late 1970s, they expressed little interest in the matter; Falwell, by his own admission, did not preach his first anti-abortion sermon until February 26, 1978, more than five years after Roe. During the midterm elections of 1978, however, antiabortion activists — Roman Catholics — leafleted church parking lots in four Senate races during the final weekend of the campaign: New Hampshire, Iowa and two races in Minnesota, one for the unexpired term of Walter Mondale, Carter’s vice president. Two days later, in an election with a very low turnout, anti-abortion Republicans defeated the favored Democratic candidates.

I recall reading through Weyrich’s papers at the University of Wyoming in Laramie, and when I came across his correspondence following the 1978 midterm elections, the papers almost began to sizzle with excitement. He characterized the outcome as “true cause for celebration.” Weyrich had finally landed on an issue — abortion — that could mobilize grassroots evangelicals. Now, Falwell and other leaders of the Religious Right had a “respectable” issue, opposition to abortion, one that would energize white evangelicals — and, not incidentally, divert attention from the real origins of their movement.

Even so, as late as August 22, 1980, when Ronald Reagan addressed more than ten thousand cheering evangelicals at Reunion Arena in Dallas, he talked about creationism, he said that if he were stranded on a desert island he would want the Bible, and he lambasted “Jimmy Carter’s Internal Revenue Service” for challenging the tax exemption of racially segregated evangelical institutions. On that occasion, however, Reagan said nothing whatsoever about abortion.

Abortion did not take hold among evangelicals until the eve of the 1980 presidential election, the result of assiduous promotion by Weyrich, Falwell and other leaders of the Religious Right following the 1978 midterms. In addition, although it was poorly received when it toured the country early in 1979, Frank Schaeffer’s anti-abortion film series Whatever Happened to the Human Race?, which featured his father, Francis A. Schaeffer, and C. Everett Koop, began finally to take root among evangelicals.

Opposition to abortion, therefore, was a godsend for leaders of the Religious Right because it allowed them to distract attention from the real genesis of their movement: defense of racial segregation in evangelical institutions. With a cunning diversion, they were able to conjure righteous fury against legalized abortion and thereby lend a veneer of respectability to their political activism.

Alito’s draft makes no mention of this tawdry history.