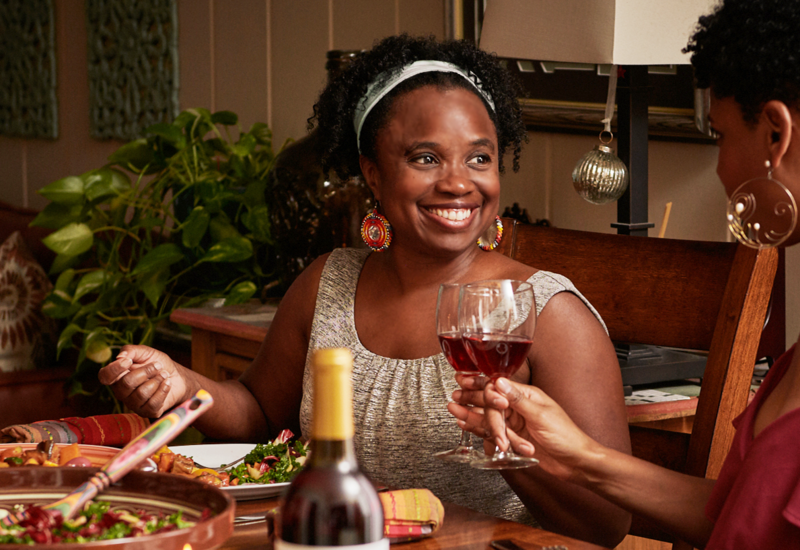 The Ancient, Female Origins of Booze

Beer, sake, and and a certain flowery wine had their start as women’s work.

THIS ARTICLE IS ADAPTED FROM THE MARCH 26, 2022, EDITION OF GASTRO OBSCURA’S FAVORITE THINGS NEWSLETTER. YOU CAN SIGN UP HERE.

This stanza, written down on a piece of clay in 1800 BC, is part of a curious hymn: part song, part recipe. Ninkasi was the Sumerian goddess of beer, and this song is also the first recorded beer recipe.

Making alcohol is usually depicted as a rugged, manly pursuit. But for millennia, fermented drinks served more as food, rather than an indulgence. (Think of beer as liquid bread.) And instead of factories, it was often made in homes, by women.

Women were the primary beer-makers of Sumerian society, to the point that it was the only job available to them. In the first-discovered set of Mesopotamian laws, the Code of Hammurabi, there are no male tavern owners and brewers: Instead, the text always uses “she.” Across the world, women brewed alcohol out of honey, grains, flowers, herbs, and everything else imaginable.

But as the centuries marched on, brewers gained prominence and power, and women across the world were largely supplanted by their male counterparts. Today, women brewers, winemakers, and distillers are presented as pioneers. But really they represent a return to form, as the world first enjoyed tipsy beverages thanks to women‘s work and ingenuity.

In this Gastro Obscura article, writer Addison Nugent explains that, before the year 1500, most English women knew how to brew ale. Not only that, they often sold the excess or traded it amongst themselves to ease the burden of making it. Some even started alehouses, hanging “ale stakes” on their homes to indicate that a drink was available inside (a practice that small wineries in Germany still use today).

It was when these women sold their ale that society sat up and took notice, with writers and religious authorities painting alewives as cheats and temptresses.

The issue came to an unexpected head when the bubonic plague landed on England’s shores in the 14th century. After millions of deaths, the average person could command much higher wages. With more money, they patronized pubs, and ale became a moneymaker. With the professionalization of brewing, female-run alehouses, often denigrated as homely and dirty, vanished. By the 1600s, the vast majority of brewers in England were male.

Lore has it that a goddess, Konohanasakuya-hime, first invented sake by chewing rice grains and spitting them out, allowing the mixture to ferment into wine. Even the word for brewer, toji, at one point meant “lady of the house.” In this Gastro Obscura article, writer Reina Gattuso describes how female brewers in the 1500s, whose predecessors likely invented sake in shrines, jostled with other vendors to sell their wares.

As in Europe, though, religious and social strictures tightened in the second half of the millennium. By the Edo era (1603-1867), women were viewed as inherently unclean, leading to the phrase “when a woman enters the brewery, the sake will spoil.”

Yet some women continued to make alcohol to great success. Tatsuuma Kiyo, a daughter of a prominent brewing family, built the largest sake empire in Japan over the course of the 1800s. This despite never entering the brewery proper, because of the suspicion that her mere presence would sour the sake.

Not every type of alcohol was originally the domain of women. Ever since viticulture spread slowly from its birthplace in Eastern Europe and the Mediterranean, many regions’ first winemakers were men.

But by the 19th century, a woman, Barbe-Nicole Clicquot, presided over Europe’s pre-eminent Champagne house. And female vintners were rare but not uncommon during the growth of California’s Sonoma and Napa Valley wine regions.

It took a certain Wild West freedom and a few tragic deaths for women to enter the Californian wine industry. Hannah Weinberger became Napa’s first female winemaker after a former employee murdered her vintner husband in 1882. Isabella Simi, of Simi Winery, took the reins at age 18 when her father and her uncle died of influenza, and saw the winery through the 1906 earthquake, Prohibition, and all the upheaval of the 20th century.

Despite Simi’s success, the California wine industry remained mostly a boy’s club for decades: that is, until her winery hired the state’s first post-Prohibition female winemaker, the late Mary Ann Graf, in 1973. Graf, who passed away in 2019, was lauded for paving the way for other female winemakers.

Today, not far from Napa, a young winemaker is diving into a style of fermentation that involves no grains and no grapes. Meet Aaliyah Nitoto, the vintner behind Free Range Flower Winery. Nitoto’s lavender, rose, marigold, and hibiscus wines were inspired by herbalism and the ancient tradition of women making floral wines for their households.

How did you become a winemaker?

I have always been interested in wine. I got curious when I was 10, seeing my parents drinking wine. One time, at a party, I decided to not try to drink wine, but try to make it for my mom and dad and their friends.

I grabbed some grapes, Tabasco sauce, and water. I ground them up, tried to give it to everybody, and nobody would drink it. And I’ve been fascinated about [wine] ever since.

Fast forward to college, I was majoring in biology. There were two sentences in this book about herbalism. It was a list: You can do poultices, creams, tinctures, wines. And I was like, wines? It really struck me.

How did you figure out how to make wines out of herbs and flowers?

I love flowers and herbs. I’m obsessed with lavender, which was the first wine that I decided to make. I basically just started doing research on my own and experimenting at home until I started developing my formulations.

I actually found a scanned document of a book from the 1800s that was recipes for interesting wines made with flowers and other things. The really interesting thing about it is it also had things in it that you definitely wouldn’t put in wine today, like lead.

That was one of the things. If your wine doesn’t taste good, if it’s gone bad, add something made of lead in it for X amount of time and it’ll help bring the flavor back.

What kind of old recipes for flower wine are out there?

There’s elderflower, linden flower, and gillyflower or something like that. Those are really old classics. I would love to do some of those classics, but the wines that I’m making are ones that I think fit modern tastes a little bit better.

A lot of your marketing talks about how this kind of winemaking was usually women’s work, back in the day.

I was just thinking about that recently. With that first little batch, I was doing exactly what was done in before times, when women would just make [alcohol] in their basement or make it in the closet. And that’s how I started doing this, just for friends and family. That made me feel kind of warm and fuzzy inside because I’m connecting back to that past.

Have you faced any challenges, growing your wine business?

I’ll skip over all of the mishaps. Of course, what I mean by mishaps are instances of sexism and racism, trying to find a space to make wine professionally, because I think that’s kind of well-documented.

I decided to find a space of my own. And I found a shipping container in West Oakland that I was able to make legal. Everybody rubber stamped it and said, okay, you can make wine here.

We just moved in October to Livermore Valley [an hour away], and since the beginning of January this year, I have started about 1,000 gallons of wine.

Can you walk me through the process of making flower wine?

You can take the flowers and you can add hot water or cool water to them. You macerate them, which is tearing them up and muddling them to open up little cuts in the petals so the essences can get out.

If I want to do something more traditional, I may add a little citrus into the wine because flower and herb wine, a lot of times, will have citrus paired with it. And then after that, I’ll check the environment for yeast. Meaning how acidic or basic is the flower essence, how warm is the environment?

And then depending on what I’m doing, I may add a yeast. Or if it’s something where I am going more natural, I may leave it and let it start fermenting on its own.

Do you think that flower wine will ever come close to what grape wine is today, or do you think it’ll always stay niche?

I think that it will absolutely become something that could be as ubiquitous as grape wine. If you think about it, there are hundreds and hundreds of edible flowers, a lot of which have already been made into wine. I can’t even think about how many different kinds of roses there are with different qualities and flavors. And there’s all the techniques that you can come up with.

This is something that can and should be big. If it wasn’t worthy of respect, [flower wine] wouldn’t have survived this long, even in obscurity.