You’ve read one of your four complimentary articles for this month.

You can read four articles free per month. To have complete access to the thousands of philosophy articles on this site, please

“The cat is the only animal to have succeeded in domesticating man.”
– Marcel Mauss

Although ‘Time spent with cats is never wasted’ is a quote that social media popularly ascribes to Sigmund Freud (1856-1939), no one can trace this statement back to any documented source. In any case, one would perhaps more easily identify Freud as a dog person. He was really fond of the dogs he came to own from the 1920s, after he had purchased an Alsatian Shepherd named Wolf for his daughter Anna.

Cats & the Economy of Expenditure

Although Freud being a cat lover remains mere conjecture, I want to draw on a few of his psychoanalytic concepts, supplementing them with a theoretical notion borrowed from Georges Bataille (1897-1962), to develop a strand of thought concerning what could strike one as the mystery of the human-cat relationship.

Many have pointed out that the cat’s affiliation with humans has a history of more than ten thousand years. But we’d find it difficult to explain from a strictly scientific perspective precisely why we have been entertaining the presence of this particular animal in our households. In the case of dogs, the matter is apparently not so complicated, as in addition to providing the companionship that is invaluable for many, dogs can be seen to have served a range of purposes in the human domain: guarding houses and settlements, protecting people, helping them steer livestock, and so on. On the other hand, the only purpose scientific research could attribute to the human domestication of cats has to do with the curtailing of rodent proliferation in the new agrarian communities. (This idea appears to be based on archaeological evidence suggesting that cat domestication dates back to the agrarian era, while that of the dog dates further back, to the time that humans were hunter-gatherers.)

Even if we accept these claims to be true, human-cat bonding seems to have taken an interesting evolutionary trajectory involving a radical shift away from simple utility to a unique enjoyment tinged with a component of loss and sacrifice. Moreover, the figure of the cat amidst humans epitomizes what Georges Bataille in his 1933 essay ‘The Notion of Expenditure’ called ‘the economy of expenditure’. For Bataille this plays an important and often overlooked role in human civilization.

Bataille’s purpose in the essay is to challenge the utilitarian view that all worthwhile human activity falls under the categories of ‘production and conservation’. He highlights humanity’s heartfelt investments in a plethora of things ‘‘that have no end beyond themselves’’, such as the sacrificial act of gift-giving illustrated by purchasing an expensive piece of jewellery. Bataille’s insights here can help us shed some light on what the elusive figure of the cat really evokes in the human psyche.

Indeed, the Bataillean notion of unconditional expenditure could explain many aspects of the relationship between humans and cats. First, any kind of material benefit we can expect from a cat (say, the odd mouse) pales into insignificance compared to what we can offer them. Even if we go with the view that cats, like dogs, are self-domesticated animals, the mystery still persists. If the primitive farmers had tolerated cats around them solely to hunt vermin, this is unlikely to have evolved into the current scenario of human-cat bonding. Moreover, humans are no longer dependent on cats for controlling the mice population.

We are willing to share our resources with cats, including food, of which a cat often eats a human’s share. From a materialistic perspective, therefore, human bonding with cats revolves around an economy of loss; but from a Bataillean point of view, this unprofitable exchange can nonetheless bring in immense pleasure to our lives.

I believe that human-cat ‘friendship’ (if one can call it that) is in fact a psychological mystery that has to be investigated from outside the scope of a hard scientific inquiry, by remembering that it may involve possible interventions from unconscious human inclinations that often bypass conscious reasons involving utility or purpose. For my present task, therefore, I will use a conceptual framework in Freud’s work, especially in his The Ego and the Id (1923). He categorizes all human motives under the headings of three psychological agencies, namely, the id, the ego, and the superego, yielding the pleasure principle, the reality principle, and the morality principle respectively. 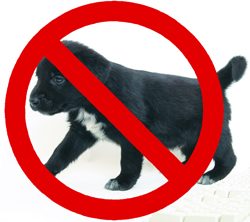 Several studies indicate that a number of psychological traits serve to distinguish between dog people and cat people, and although accidental factors can at times influence one’s pet preferences (such as happening to grow up in the company of either of these animals), in most cases this psychological distinction holds true.Thus it appears that people share a few more-or-less similar personality traits with the animal they like to associate with. Dog people are more social and outgoing, orderly, obedient, and likely to be more conservative than cat people. On the other hand, cat people are generally more independent, open to new experiences, creative, and more likely to live alone in apartments than dog people. To apply a Freudian distinction, dog people and cat people exhibit superego dominant and id dominant characteristics respectively.

The superego represents the moral, parental authority, which, according to Freudian theory, one internalizes during the process of psychosexual development as a child. Superego dominant people thus possess a markedly parental disposition, and they expect loyalty and respect in return for their compassion and guidance – something a dog is ideally suited to provide them with, in sharp contrast to a cat. The parent-like responsibility that accompanies the ownership of a dog also falls precisely within the domain of the superego.

On the contrary, the question of responsibility does not arise with regard to the cat, over-ridden as it is by the sense of independence cats enjoy so dearly. Unlike dogs, cats tend to resist any kind of restraint. We do not really own cats.

Imagination tends to capture the cat in this sort of rebellious image. The belief that black cats are witches in disguise is its most explicit form (one that’s humorously articulated by Edgar Allan Poe in his 1840 essay ‘Instinct vs Reason – a Black Cat’, and in his 1843 tale ‘The Black Cat’). Witches are explicitly pleasure-seeking figures with little sense of the superego (that is, of self-discipline) who might go to any extent of crookedness to gratify their base desires. Ruskin Bond’s short story, also called ‘The Black Cat’, provides an exemplary instance of the cat-witch connection here. The reclusive narrator is visited by a mysterious elderly lady to retrieve her black cat, which has worked itself into the narrator’s household after he bought a broom from an antique shop. After her departure with the cat, the narrator realizes that the lady has somehow stolen the broom too, and he imagines her flying about on a new witchy adventure.

Ultimately then, the enjoyment that a cat’s presence causes in a human mind cannot but be emerging from the id, the source of the pleasure principle in the psyche. Perhaps then the ego – the problem-solving faculty in the human psyche, which often toils under pressure from a tyrannical superego while trying to obtain favors for the id – has adopted the cat as the embodiment of its dearest fantasy about gratifying the pleasure principle in a straightforward manner. In this (unconscious) fantasy, the otherwise overbearing superego takes a back seat and the id enjoys the carefree existence for which it always longs, relating back to the cat’s own carefree existence. This could also be a source of the mysterious sense of pleasure we experience in the company of cats. In sum, human-cat bonding embodies our fascination for what is psychologically desirable for the unconscious, but available to us in an affordable and contained form.

There is fulfilment in some pain – a vicious pleasure – although Freud maintains that the id seeks only pleasure and avoidance of pain. But Freud is well aware of the complexities of pleasure, as his writings on masochism attest. The id’s ultimate aim – the desire for pleasure – is fulfilled in cat ownership, but in a way that can at times also involve expenditure and discomfort, or ‘the economy of loss’ in more general terms. Otherwise, having a cat as a pet does not demand too many economic or lifestyle compromises. The domestic cat poses no real physical threat when compared to its bigger and more ferocious wild counterparts. But watch out for its claws. Oh, too late!