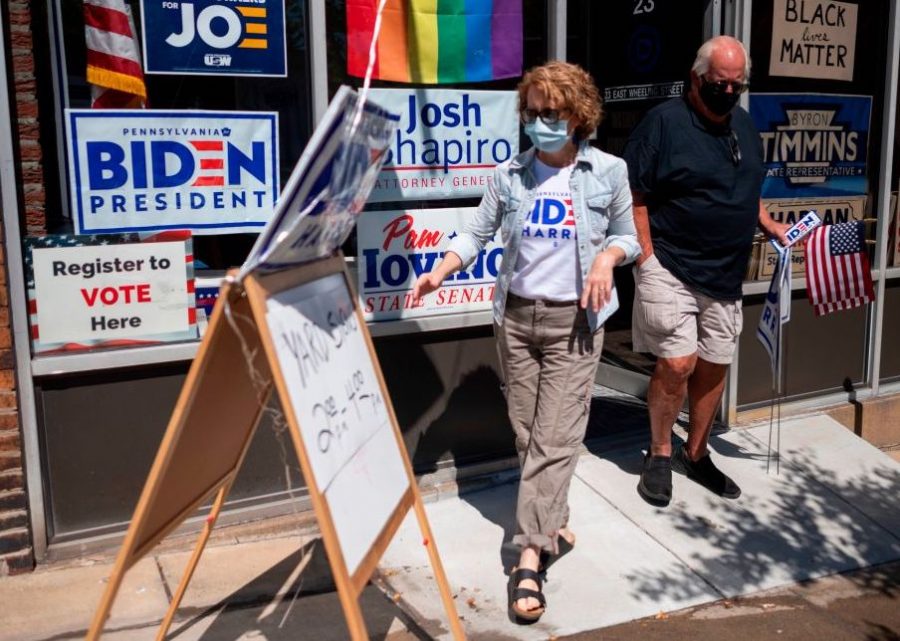 The Democratic Base Keeps Getting Richer and Whiter

A startling poll shows how rapidly the Democrats are trading away their traditional multiracial, working-class base for white, highly educated voters. And the shift is causing a change to the party’s political priorities as a result.

The Democratic Party is not in a good place: Its political agenda is stalled, its president is historically unpopular, it’s suffered a string of policy defeats at the hands of the Supreme Court, and it looks like it’s headed for an unfavorable election result this November. If that weren’t enough, it also seems to be losing its traditional voter base.

There was some alarming news for the party in the latest New York Times Upshot/Siena College national poll earlier this week, with white, college-educated voters making up a larger share of Democratic support than non-white voters for the first time in the survey’s six-year history. This contrasts with the pattern seen over most of the last few decades, in which the GOP tended to preserve its traditional advantage with white college graduates, while Democrats relied on the overwhelming support of non-white voters.

This somewhat startling result is the fruit of a long-term process of political realignment that’s been going on since at least as early as Barack Obama’s presidency, but accelerated with Donald Trump’s emergence onto the political scene. On the one hand, Trump slightly scrambled typical voting trends in 2020, winning over a surprisingly high share (though still small in absolute terms) of groups like Latinos, Asians, Muslims, and even some Native Americans, and the GOP has since then been concertedly working to bring more of those voters into the fold.

At the same time, the Democratic Party has pursued and doubled down on an electoral strategy based on poaching affluent, former Republican-supporting voters while taking non-white support for granted, the assumption being that with the GOP mired in xenophobia and at times overt bigotry, these voters would have nowhere else to go.

“For every blue-collar Democrat we lose in western Pennsylvania, we will pick up two moderate Republicans in the suburbs in Philadelphia, and you can repeat that in Ohio and Illinois and Wisconsin,” Senator Chuck Schumer (D-NY) infamously said in 2016.

That year’s election saw the Democratic nominee overperform in wealthy, educated neighborhoods, and the Republican nominee overperform in poorer, less educated (and mostly white) neighborhoods. The Democrats’ 2018 midterm rout was similarly based on winning over affluent suburban areas and whiter, more educated voters. By 2020, Joe Biden was comfortably out-fundraising Trump among zip codes with higher education levels and a $100,000 median household income, and the Democrats continued to shed support among all voters of color, whether college-educated or not.

Maybe more startling is what the Times found was the effect of this shifting class composition. Asked what the most important issues facing the country were, today’s Democratic voters overwhelmingly named guns, abortion, and threats to democracy, while relatively few pointed to the economy or inflation — only 17 percent of white, college-educated Biden voters did so, which according to the paper was the smallest proportion of any racial or educational group.

By contrast, the survey showed it was GOP-backing voters who overwhelmingly viewed economic issues as the biggest national problem. According to the Times, the less affluent and non-white voters who see this as the top priority prefer Republican control of Congress by a margin of 62 to 35 percent, even as a majority of voters who see the economy as the top issue also believe abortion should be legal. Much of this may be to do with the gains the party has made among Latino voters, which are ongoing.

One clear takeaway here is that as the GOP escalates its war on social progress and intensifies its discrimination against LGBTQ people, its current strength isn’t because of, but despite its regressive social agenda, one that’s wildly out of step with the mainstream. Working-class voters, particularly those many would describe as the most marginalized, may not agree with the Republicans’ retrograde social vision, but some section of this cohort is clearly willing to look past this for the sake of their economic security.

The fact that many of them now view the GOP — whose last major legislative accomplishment was a massive tax giveaway to the superrich and who have spent decades trying to unravel America’s frail social safety net — as their best bet on this front is a testament to Democrats’ failure to deliver on their agenda, though it’s likely also related to memories of a stronger economy under Trump, coupled with measures like the stimulus checks and eviction ban.

Another, more ominous takeaway is what all this portends for the prospects of the Democratic Party ever becoming a vehicle for social democratic politics. The Times wrongly labels guns and abortion “cultural issues” — the latter in particular is a workers’ rights issue, among other things — but the paper is correct to stress the historic significance of the downgrading of economic issues on the current Democratic coalition’s list of priorities. It’s a major shift. That the party of Franklin Roosevelt has managed to remain unpreoccupied with an economy where everything is becoming astronomically more expensive, workers’ wages are stagnant, and child poverty has spiked 41 percent suggests that the realignment in process has only solidified, making it ever more inhospitable to a left-wing policy program.

Trends can be reversed, of course. Though they were unsuccessful, Bernie Sanders’s two campaigns showed the potential for building a mutiracial working-class coalition around a left-wing economic program, and last year’s Center for Working-Class Politics study found that working-class voters of all kinds — including those from the very regions and with the same backgrounds that Democrats have struggled with for years — are swayed by the very kind of bread-and-butter-focused, universalist messaging that Sanders repopularized.

The trouble is the Democratic Party leadership is implacably hostile both to candidates like this, and to the economic program they represent. These latest survey results shows this approach is a slow-rolling boulder to electoral oblivion. But catastrophic defeat has lately never led the party to do some rethinking.