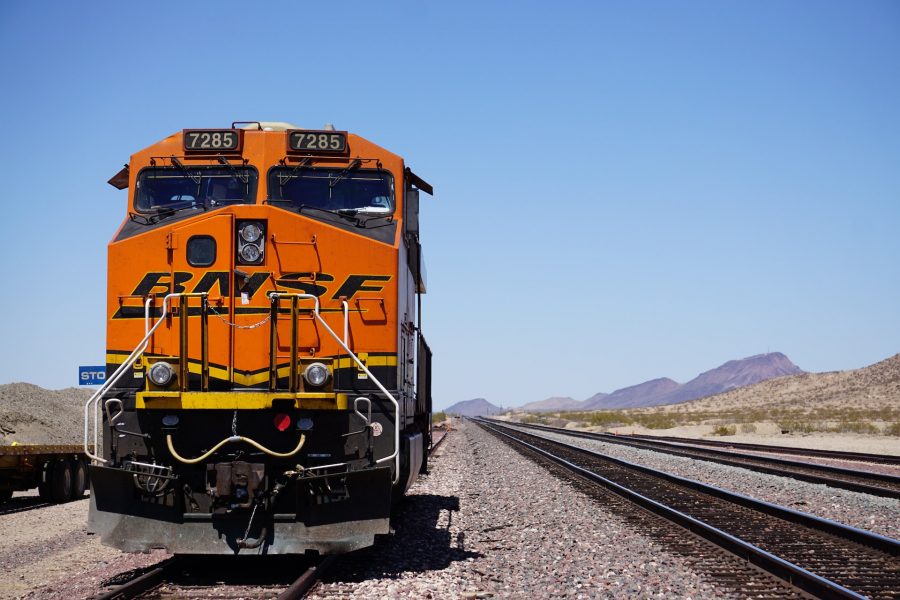 The Federal Government Is Trying to Stop Railroad Workers From Striking

Railroad workers bargaining for better pay and working conditions are at an impasse with their employers, causing the federal government to intervene to ward off a disruptive strike. But railworkers should be allowed to strike if and when they want to.

For months, 140,000 union railroad workers have been stuck at an impasse with their employers, who are united under the banner of the Association of American Railroads. The terms of the dispute should be familiar to most workers: attendance policy, staffing, and wage increases. Despite record profits, rail employers have cut staffing, placing enormous burdens on workers that aren’t reflected in their pay.

By all accounts, railworkers are in a militant mood. An attendance policy prompted rail unions to attempt to strike earlier this year. In July, 99 percent of union members who cast ballots voted to authorize another strike, prompting President Joe Biden to intervene in August.

In order to avert a strike, Biden appointed a presidential emergency board (PEB) to reach a compromise and settle the dispute. The PEB put some money into wages but predictably did little on the workers’ core workplace concerns. The rail unions are unenthusiastic about the PEB ruling, and the largest groups have not been willing to put the recommendations out for membership ratification. While bargaining continues, the unions will be eligible to strike on September 16, which is thirty days following the PEB recommendation.

That eligibility requirement is a term of the Railway Labor Act (RLA), passed in 1926, which regulates bargaining in the rail and airline industries. Even though the RLA protects the right to strike in words, politicians in both parties have used the legislation to strip railroad workers of that right in practice, often ramming settlements down the throats of striking workers.

Over the years, Congress has intervened several times to delay strikes and sometimes even impose terms on railroad workers. President Harry Truman threatened to have the Army run the railroads in 1950 during the Korean War. In the 1960s, President Johnson imposed a longer no-strike period on rail workers. President Barack Obama delayed a threatened strike in 2011.

Just hours into the last nationwide major rail strike in 1991, Congress passed legislation imposing the very contract workers rejected. The legislation required further bargaining but held that if no agreement was reached the terms of the PEB would be implemented, even though the unions had already rejected those terms.

Republicans and nearly all Democrats lined up to take away railworkers’ right to strike in 1991 — the final vote was 400 to 5. This controversy created widespread disaffection with the Democratic Party, even spurring the Brotherhood of Maintenance of Way Employes to endorse Labor Party Advocates, which was the last serious attempt to create a labor party in the US.

The Right to Strike

Technically speaking, the RLA doesn’t revoke the right to strike, only restricts the timing of strikes. Nevertheless, it has been used time and again to diffuse militancy and limit strike activity. The legislation was a subject of vigorous debate in the 1920s. Even the conservative rail unions — the epitome of business unionism — understood that the legislation undermined the right to strike and fought against it.

There were several attempts prior to 1926 to completely eliminate workers’ right to strike, but none passed Congress. Given the “futility of attempting to pass legislation providing for compulsory arbitration,” the pro-labor Minnesota representative William Carss explained, anti-labor legislation needed to be more subtle. Carss observed that “no sane political party will ever pass a law to compel an American citizen to work against his will.” Employer representatives had to content themselves with legislating a lengthy process that would make strikes unlikely, a stance they rationalized with reference to the necessity of rail freight to the economy.

Fast forward a century, and no such subtlety is required: many in Congress believe it’s completely acceptable to strip railroad workers of the right to strike in plain sight. It’s incumbent on us to defend that right. As I discussed at length in my book Reviving the Strike, classic collective bargaining theory holds that striking is essential to collective bargaining, pushing both labor and management toward an agreement. Taking away the right to strike thus violates workers’ right to collectively bargain. If Congress imposes an agreement on rail workers, it will not only be restricting the right to strike but setting contract terms under which over 100,000 railworkers must work for the coming years.

Legal scholar James Pope has long argued that labor rights should be grounded in the Thirteenth Amendment to the Constitution, which bars involuntary servitude. Drawing on popular labor theory prior to the 1930s, Pope’s argument is that restrictions on the right to strike force workers to accept oppressive working conditions, since they’re denied their most powerful tool for changing those conditions. While Pope has had an uphill battle gaining acceptance for his rights-based argument, in this situation his argument must be given a closer look.

The question today is: Will Congress intervene to impose an agreement? Doing so will compel railworkers to work under conditions that were not negotiated but were instead dictated by congressmembers who don’t have to live under the contract. This is the opposite of free collective bargaining and falls squarely within the scope of Pope’s argument.

For decades members of Congress, Republicans and Democrats alike, have stood by while unions have been busted in industry after industry. Supposedly labor-friendly Democrats might show up on the picket lines, but when the rubber hits the road they claim they are helpless to intervene on labor’s behalf. Now, all of a sudden, they are not helpless — indeed, they have great power to intervene in labor disputes. They can’t have it both ways.