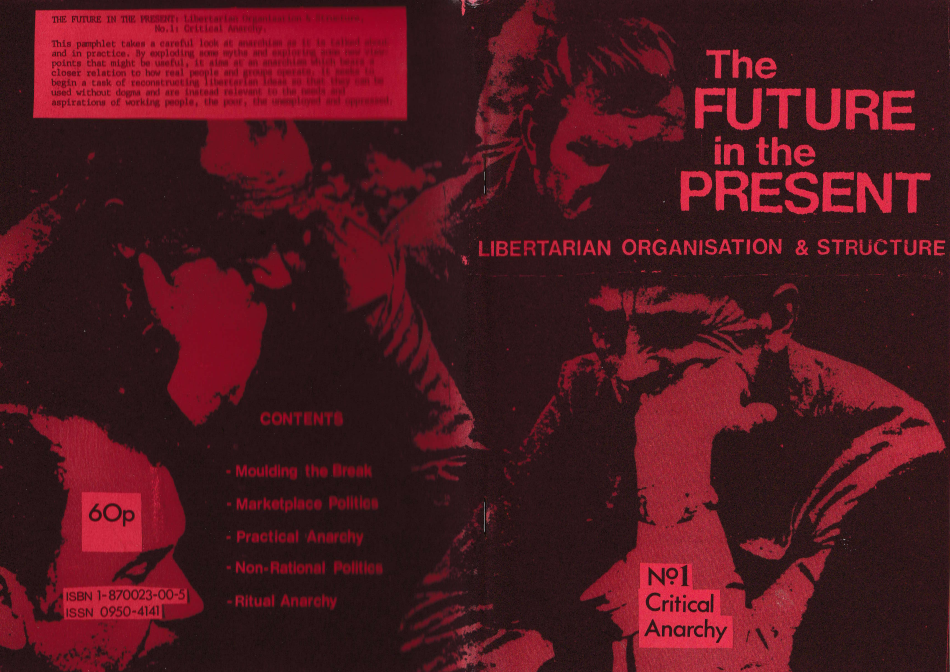 The Future in the Present: No. 1 – Critical Anarchy – Libertarian Organisation and Structure

A pamphlet by the 1980s British group Libertarian Organisation and Structure, taking a critical look at anarchist theory and practice. This PDF was found at the Anarchy Rules website.

A 1987 pamphlet from Libertarian Organisation & Structure, a small anarchist organisation based in the North East of England. According to information from the Tyneside Anarchist Archive, members of LOS would then go on to become early members of the Anarchist Communist Federation.

"This pamphlet takes a careful look at anarchism as it is talked about and in practice. By exploding some myths and exploring some new viewpoints that might be useful, it aims at an anarchism which bears a closer relation to how real people and groups operate. It seeks to begin a task of reconstructing libertarian ideas so that they can be used without dogma and are instead relevant to the needs and aspirations of working people, the poor, the unemployed and oppressed."