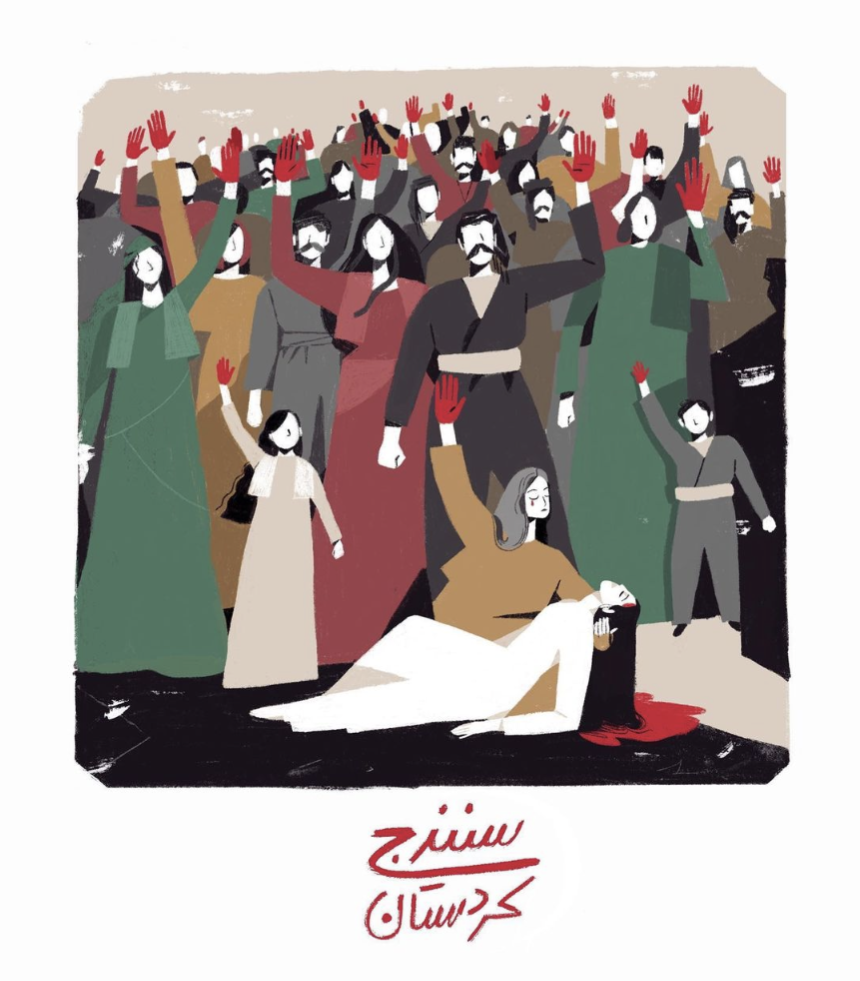 A call for a general strike from the 2022 uprising in Iran. This article was previously published in English by the Slingers Collective.

The First Statement of the Women and Youth Committee of Sanandaj Neighborhoods:

To the oppressed but brave people of Iran!

Almost a month has passed since the nationwide uprising of the Iranian people. Our unique resistance against the heavily armed and criminal regime of the Islamic Republic is a new page in our shared historical struggle against oppression and has brought about great achievements. Now, in the continuation of the nationwide uprising, the struggle of the Kurdish people in Sanandaj has entered a new phase. The brutality of the oppressors and their crimes against the people knows no limits, and the blood shed by the youth of our city is proof of this fact. In return, let’s not forget that the echoes of the unprecedented resistance of women and the youth have reached all over Iran and made the oppressors desperate and anxious. Our collective resistance showed us that faith has definite victory over bullet. But the continuation of this resistance and its final victory depends on the persistent struggle and coordinated participation in all cities. At this point in time, our people have managed completely and definitively to cripple the deployed military forces in the city of Sanandaj. For this reason, the government has been sending backup support from the neighboring cities of Hamedan and Yazd over the past few days to suppress the resistance in Sanandaj.

Freedom-loving people all over Iran!

Sanandaj is now the bastion of the Iranian revolution, and its victory (which is your victory) will be confirmed only when you come to the square. This is why we call the fighting women and youth of Sanandaj, as well as other cities of Kurdistan and Iran, to rise up and join a nationwide strike on Friday, October 14th, at any hour of the day and night. Greater protests in neighborhoods, universities, and streets, as well as labor strikes at the point of production, will move our struggle forward and wear down the forces of oppression. We call on everyone to stand up against the reactionary forces of the regime by creating neighborhood committees, especially in cities that have seen police and military leave to suppress protesters elsewhere.

We embrace our Iranian comrades from Azerbaijan to Balochistan warmly.