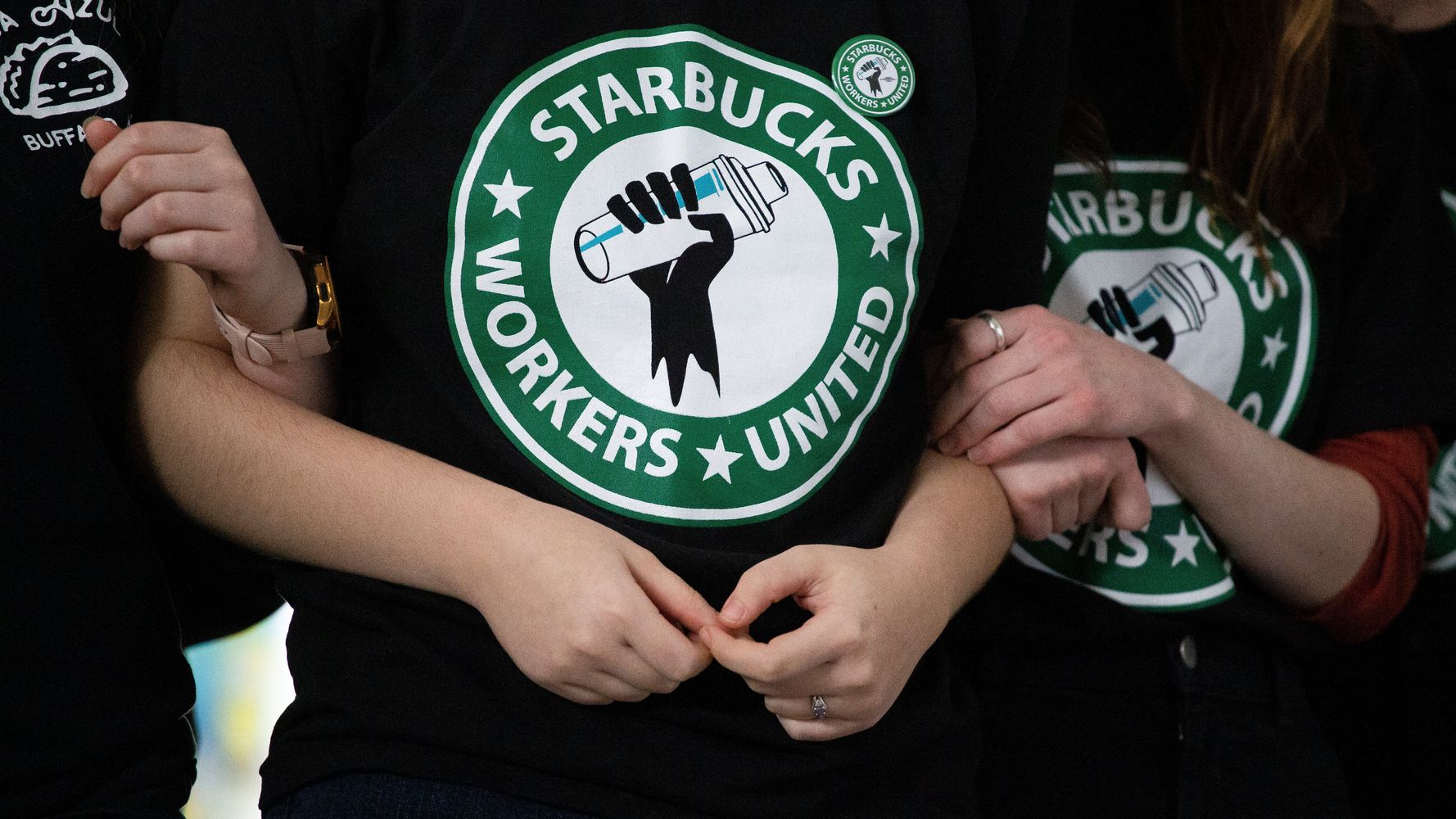 The Labor Board Is Withering Away, And That’s Bad News For The Labor Movement

After years of falling union membership, there are glimmers of hope for the labor movement. A growing number of Americans say they have a favorable view of collective bargaining. A campaign to unionize Starbucks coffee shops has made a historic breakthrough in the service sector. And President Joe Biden has appointed labor-friendly officials and stymied GOP attacks on unions.

But the federal agency that oversees collective bargaining isn’t equipped to handle a surge in workplace organizing. The National Labor Relations Board has been shrinking while the workforce it regulates has grown. After years of stagnant funding and staff attrition, officials fear that workers seeking the law’s protections will ultimately pay the price.

Congress hasn’t increased the agency’s budget in the better part of a decade, meaning its funding has gone down in real dollars. The trend hasn’t changed with Democrats in control of the House, the Senate and the White House.

Earlier this month, lawmakers on Capitol Hill reached a deal that maintains the same funding level as in 2021, even though, so far, more workers are petitioning for union elections this year than last.

“There’s [only] so much bandwidth we have,” Abruzzo said in an interview with HuffPost. “We have trouble just making sure that hearings are done in short order, that decisions are being issued in short order, that we’re investigating cases as quickly as we possibly can.”

The NLRB was created during the Great Depression to protect workers and promote collective bargaining. The independent agency is responsible for conducting union elections in the private sector and investigating “unfair labor practices,” or cases where employers or unions break the law. It has a 5-member board that settles workplace disputes and serves as a kind of high court for labor law.

To fulfill its duties, the agency has to move swiftly. Employers retaliate against workers all the time for trying to organize, which can rattle other workers if the lawbreaking goes unpunished. Meanwhile, unnecessary delay in litigation can buy employers more time to pressure workers heading into a union vote. When an employer violates a worker’s right to collectively bargain, the worker can’t take them to court – they have nowhere to go but the labor board.

Total staffing at the NLRB has fallen 30% since 2010, from 1,733 full-time employees to just 1,207, according to the board. And while its overall caseload has dropped over the same period, the agency’s staff has been shrinking at a faster clip. The brunt of the cuts have fallen on the 26 regional offices that do the nuts-and-bolts investigative and enforcement work: looking into complaints, interviewing workers, holding hearings ahead of elections, and so on.

Abruzzo said she would rather not cut corners in the work, which would inevitably lead to backups. “Where I see a detrimental impact upon the public is the delays,” she said.

“Republicans are more resolved to destroy this place than Democrats are to save it.”

It’s no surprise that an agency founded expressly to encourage collective bargaining could be a political flashpoint. Surely many Republicans have no regrets about starving the board of funding, since employers would benefit most from dysfunction and weak penalties.

Even as other labor-related agencies have seen modest funding bumps, the NLRB hasn’t seen so much as a nickel increase in eight years.

Michal Bilik, a field attorney for the NLRB in New York and national chair for the board lawyers’ union, said he had been hopeful that more funding would turn up after 2020, when Biden won the presidency and Democrats took control of the Senate and held onto the House.

“When the Georgia runoffs happened, there was a sense that this is finally going to get fixed. How can they not fix it now?” Bilik recalled.

That has not come to pass. The board asked for $302 million this year; Congress has set aside $274 million, the same level it’s been since 2014.

Democrats’ Build Back Better proposal includes a separate pot of $350 million for the labor board over five years, an injection that would help the board hire more staff. But the legislation, which Democrats hope to pass on a party-line vote through a process known as budget reconciliation, has yet to win the backing of crucial holdouts within the party, including Sen. Joe Manchin (W.Va.) and Kyrsten Sinema (Ariz.).

The main way to increase funding to the NLRB is through appropriations. But Democrats still face a Republican filibuster in the Senate on any such bill, meaning they must win some GOP votes. Sen. Patty Murray (D-Wash.), chair of the Senate Committee on Health, Education, Labor and Pensions, told HuffPost through a spokesperson that she “went to the mat” for more funding this year but “my Republican colleagues flat out refused.”

“I’m going to continue pushing to protect workers’ rights – including by making sure the NLRB can do its important work,” Murray said.

The Democratic Party on the whole has moved in a more progressive direction in recent years, and more members seem eager to talk about the importance of collective bargaining. Many Democrats have been standing on picket lines with strikers and publicly backing Starbucks workers in their battle with the company. But the reality is that unions are unlikely to grow within the existing system if the labor board can’t carry out its basic functions.

Bilik argued that Democrats could shake some money loose if they put more of their political capital behind the agency and its mission. At this point, he said, Democrats bear plenty of blame for the board’s diminished state.

“They have full control; there’s no excuse. I don’t think appeasement [of Republicans] has worked,” Bilik said. “If this was a priority then they would do something about it, that’s the bottom line. Republicans are more resolved to destroy this place than Democrats are to save it.”

Bilik said his office had around 60 staffers when he arrived a decade ago, but that number is now in the “low 30’s.” He worries the withering of the agency will lead to “an institution that normalizes doing shoddier, lazier investigations.”

The union organizing Starbucks, Workers United, has submitted more than 150 petitions for union elections at different stores in a matter of months. That may be one factor in the 50% increase in petitions the board has seen so far in fiscal year 2022 compared to the same period the previous year. (Overall, petitions dropped notably during the pandemic, but appear to be rebounding.)

Michelle Eisen, a Starbucks barista from Buffalo and leader in the union campaign, has come to see how important it is for the board to operate smoothly. Starbucks’ lawyers have bogged down elections with legal delays, forcing the labor board to impound ballots for weeks after they’ve been cast and postponing vote tallies.

On Feb. 16, Eisen joined Starbucks baristas in Mesa, Arizona, to watch the vote count for their store via Zoom, after which they planned to hold a press conference. But the tally didn’t happen as scheduled because a board decision related to a Starbucks appeal wasn’t issued in time.

“I have a great deal of respect for this agency. They operate to the best of their ability given the labor laws that currently exist in this country,” Eisen said. “But I felt very defeated in that moment.”

The union won that election when the votes were finally tallied nine days later. But Eisen said procedural holdups can suck the momentum out of a campaign and discourage workers who’ve taken risks. She said no one should feel like they’re fighting both their employer and a hamstrung labor board.

“I have faith that they’re doing everything they can possibly do,” she said. “We all understand the scope of this. This is huge.”

The current leadership of the NLRB is dramatically different from the Trump years. For starters, the 5-member board now has a Democratic majority more friendly to workers and unions, after Democrats confirmed a pair of Biden’s nominees.

As general counsel, Abruzzo has laid out an aggressive agenda aimed at tilting the playing field back away from employers, and seems intent on making it easier for more workers to unionize. She replaced former President Donald Trump’s management-friendly counsel, Peter Robb, whom Biden controversially fired right after his inauguration.

Abruzzo’s office said the agency has ramped up its enforcement efforts, trying to get more workers who were wrongly fired back on the job, while securing them backpay. The NLRB secured five times as many reinstatement offers from employers in fiscal year 2021 compared to 2020, and recovered 44% more money in unfair labor practice cases, agency spokesperson Kayla Blado said.

Meanwhile, public interest in the board’s workings appears to be growing as well, perhaps due to the interest surrounding high-profile union drives not just at Starbucks but Amazon and retailer REI. Traffic to the NLRB’s website – which the agency has struggled to update and modernize due to lack of funds – shot up 34% in 2021 compared to 2020, according to Blado.

The day Abruzzo spoke with HuffPost, she had just gotten off a call with her Starbucks team, which is coordinating the stream of election petitions and unfair labor practice charges that have poured in related to the coffee chain. The crew includes eight board officials working with smaller groups in different regions of the country. There are new hearings and filings related to Starbucks every week.

“Doing more with less is hard,” she said.