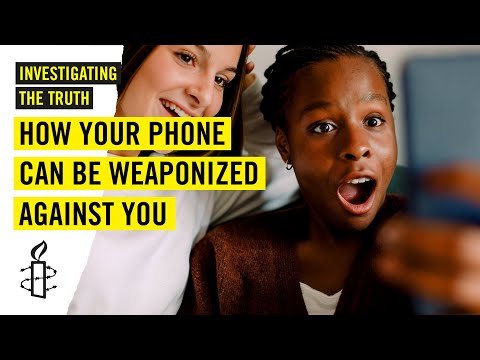 Amnesty International have released a new video revealing how the organization helped to uncover the Pegasus Project spyware scandal.

The video details how Amnesty International’s Security Lab played a crucial role in exposing the forensic evidence that proved the data could be connected to NSO Group’s Pegasus surveillance software.

The short film features interviews with Amnesty Tech staff who worked on the months-long investigation before the story made headlines around the world in July 2021.

“Our new video provides an insight into how we developed our forensic tools to expose the vast scale of unlawful surveillance and human rights abuses that were ongoing, and also what needs to be done next to regulate an industry that is clearly out of control.”

The Pegasus Project is a ground-breaking collaboration by more than 80 journalists from 17 media organizations in 10 countries coordinated by Forbidden Stories, a Paris-based media non-profit, with the technical support of Amnesty International, which conducted cutting-edge forensic tests on mobile phones to identify traces of the spyware.

The collaboration revealed how NSO Group’s Pegasus spyware has been used to facilitate human rights violations around the world on a massive scale, following the revelation of 50,000 phone numbers of potential surveillance targets.

The Pegasus Project had significant impact that continues to reverberate around the world. On 11 March, the European Parliament voted to create a new “committee of inquiry” to investigate abuses of Pegasus by European member states. The Pegasus Project has also resulted in numerous criminal cases being brought by those who discovered their devices had been targeted with the spyware, including in France, Mexico and India.

In November 2021, the U.S. Department of Commerce announced NSO Group was being placed on a blocklist due to its “malicious cyber activity”. A few weeks later, Apple launched a legal action against NSO Group to “curb the abuse of state-sponsored spyware”. The company praised Amnesty Tech and Citizen Lab for their ground-breaking work to identify cybersurveillance abuses.