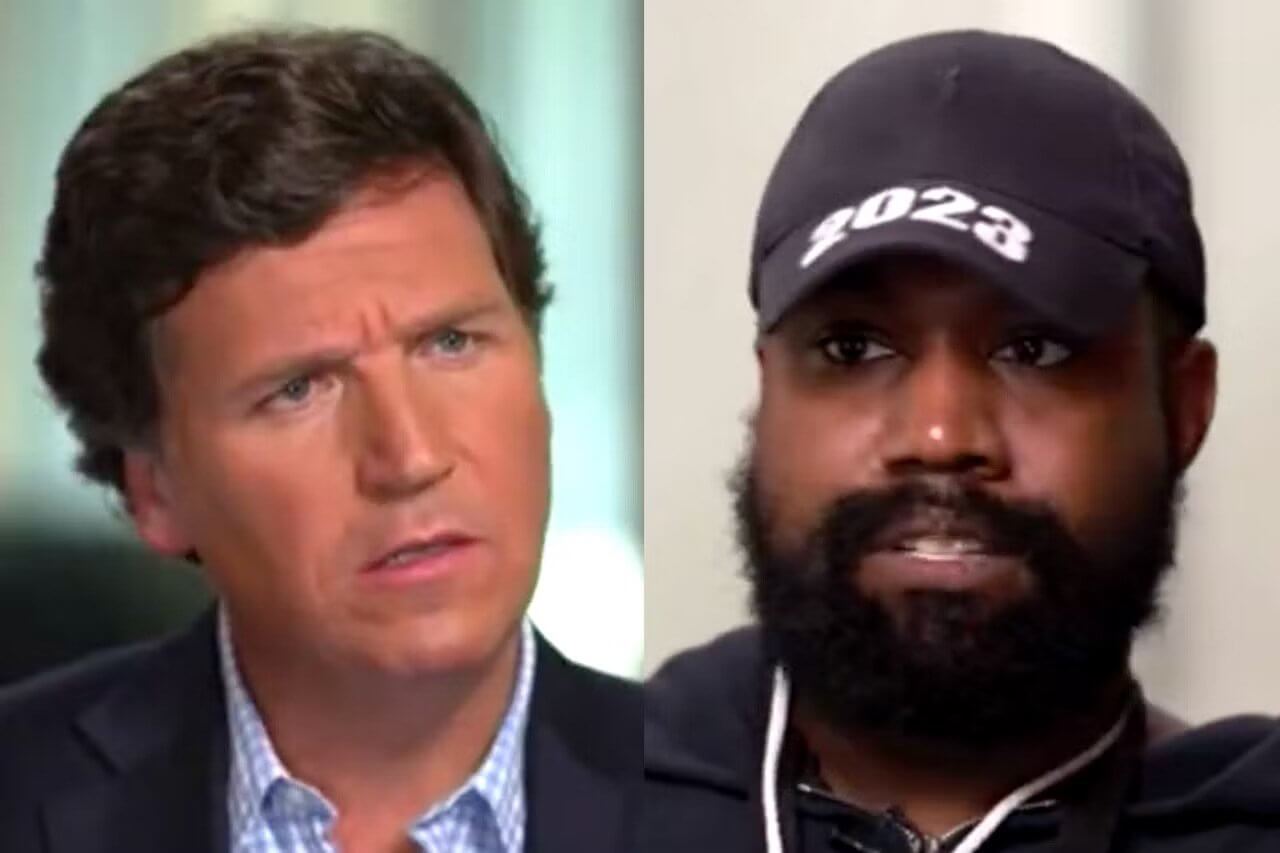 The real Kanye West scandal everyone is missing

I am exhausted, angry and sad. Yet again, the Jews are experiencing both an antisemitism scandal and a collective failure to properly discuss what happened.

In an interview on “Tucker Carlson Tonight” that aired on Oct. 6, Kanye West claimed that Jared Kushner’s work with Israel on the Abraham Accords was specifically “to make money” (a perfectly reasonable claim).

He then paused, looked pointedly at Carlson and said, “I don’t know, is that too heavy-handed to put on this platform?”

This was a weird moment. Carlson encouraged West to elaborate.

“I just think that’s what they’re about,” West continued. “I don’t think that they have the ability to make anything on their own. I think they were born into money.”

With this comment, coded antisemitism was subtly introduced into the conversation, omitting the word “Jews” in order to achieve plausible deniability.

Assigning the bad behavior of a single Jewish person to a characteristic of Jews as a whole is about as classic a trope as it gets. Combined with the, “Is it safe to discuss this here?” question, to anyone familiar with antisemitism, the linguistic maneuver should have been obvious (antisemitic extremists on places like Twitter and 4chan were well aware).

Yet not one mainstream publication, politician or well-known pundit called the comments out when the interview first aired.

A week later, additional footage that was cut from the interview surfaced online, making West’s antisemitism crystal clear to all. While discussing his complaints that his children go to a school that celebrates Kwanzaa,  West said, “I prefer my kids knew Hanukkah than Kwanzaa. At least it will come with some financial engineering.”

This comment is overtly antisemitic, and Carlson’s team’s decision to cut it from the interview that aired is chilling. Although Tucker Carlson’s own antisemitism is always coded, this moment revealed that he knows how to spread antisemitism with just enough innuendo to avoid getting called out. Carlson and his team purposefully edited their footage to make Kanye’s comments into a dog whistle instead of a foghorn.

In America, coded antisemitism is often unseen or dismissed. But ideas inspired by the ”great replacement theory” and the Jewish puppet master conspiracy now dominate Republican politics, and antisemitic conspiracies have become standard, mainstream talking points for the right.

The Jewish puppet master conspiracy has largely been dominated by an obsession with George Soros, a Holocaust survivor and billionaire philanthropist who many believe funds “fake” protests, secretly controls the government and brings migrants to “invade” the United States. This dovetails with the great replacement theory, which argues that Jews are engineering an invasion of immigrants to replace the white identity of Western countries.

Politicians like Ron DeSantis use covert antisemitism to get elected (and to demonize immigrants).  Extremists use covert antisemitism to recruit. Carlson himself created a “documentary” wholly dedicated to spreading the conspiracy theory that George Soros is a puppet master intent on destroying Western civilization by decimating the white population by replacing them with brown immigrants.

This is the same ideology that motivated the perpetrator of the worst mass shooting of Jews  on American soil at the Tree of Life congregations, as well as multiple other mass shootings. But these ideologies are rarely called out in the mainstream until they turn violent. So why should the Kanye interview have been any different?

But this moment is different, thanks to Kanye West himself. Unlike the other high-profile antisemites that Tucker Carlson has had on his show, West was not interested in having his antisemitism toned down.

After the rapper and producer Sean Combs called out Kanye for wearing his now-infamous White Lives Matter shirt, Kanye leaked a conversation with Combs on Instagram, in which he said, “Ima use you as an example to show the Jewish people that told you to call me that no one can threaten or influence me.”

Even then, the callouts were largely limited to the AJC and ADL. Within the same 24-hour period that Kanye used coded antisemitism and then overt antisemitism, there was hardly a word about it online.

It was only when Kanye took to Twitter to make it 100% clear what he meant that people finally cared.

“When I wake up, death con 3 On JEWISH PEOPLE,” he tweeted, adding, “The funny thing is I actually can’t be Anti Semitic because black people are actually Jew also. You guys have toyed with me and tried to black ball anyone whoever opposes your agenda.”

It took Kanye overtly threatening Jews to an audience of more than 31 million people for anyone to care. Even then, the framing in the media was hedged. The New York Times said the comments were “widely criticized as antisemitic” and Reuters said called them “alleged antisemitic posts.”

But all of the ire, from Jewish advocacy groups to mainstream pundits, has been focused on Kanye, and not on Tucker Carlson.

This is the real scandal. Not West or Carlson being antisemitic, but that we ignore antisemitic rhetoric unless it is made painfully obvious.

Right-wing extremism comprised 75% of all extremist-related murders over the last decade, according to the ADL. Since antisemitic conspiracies are often at the center of the white nationalism that fuels many of these attacks, even if the attacks aren’t directed at Jews themselves, it should be absolutely mandatory that leaders, the media and pundits are attuned to the coded antisemitism of the right.

Not one national Republican politician has condemned Kanye. The House Judiciary GOP has kept its tweet celebrating Kanye up, despite endless calls for them to remove it.

It’s one thing for coded antisemitism to not be condemned. It’s a much bigger problem that even overt antisemitism is ignored.

We now live in a world in which right-wing antisemitism is fully embraced and disseminated openly. And it is because of the collective failure to consistently and forcefully call out antisemitism on the right.

The post The real Kanye West scandal everyone is missing appeared first on The Forward.