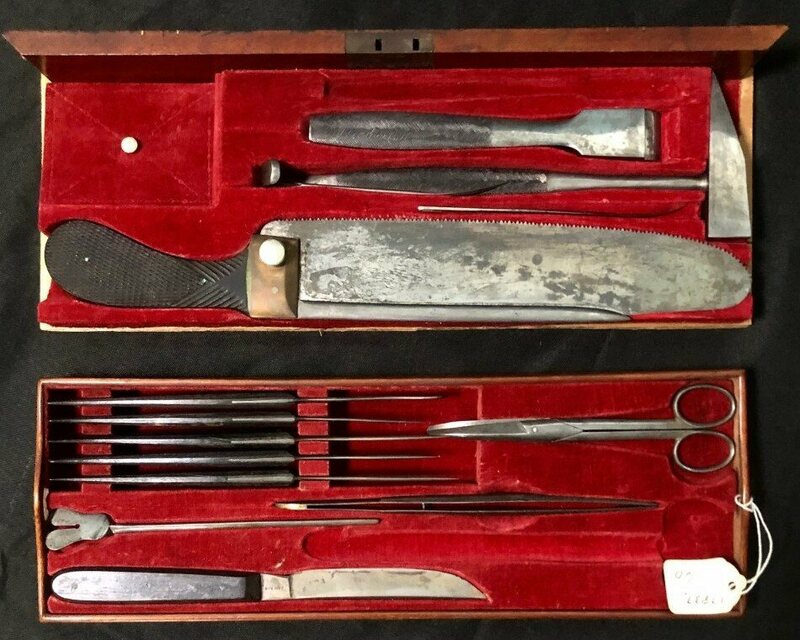 The Real-Life Vampire Autopsies of the Victorian Era

On a winter morning in 1892, several men gathered in a rural Rhode Island cemetery to dig up a family of vampires.

First they exhumed Mary Eliza Brown, who had died eight years early of consumption; they found her body partially mummified. Next was her elder daughter, Mary Olive. She had died not long after her mother of the same disease; nothing remained but bones and hair. Finally, the men removed Mary’s younger daughter, Mercy, from the family crypt, where the 19-year-old had been placed following her death from consumption just two months before. To most of the men on hand, Mercy’s body seemed remarkably well preserved—which was then considered a sign of vampirism.

Harold Metcalf, the area’s medical examiner, was on call to perform an autopsy on this suspected vampire right there in the cemetery. He removed Mercy’s heart and liver and judged them to be in their expected, human condition, as was the body overall. The natural processes of death and decomposition had been slowed by the cold New England winter. Then Metcalf sliced into the heart: Blood!

Metcalf knew that the presence of clotted blood in the organ is typical in this stage of decomposition. He was not in the cemetery that day to find evidence of vampirism, but to debunk a superstition that had held sway in Rhode Island for decades. By the late 19th century, scientists had discovered the bacterial origins of tuberculosis, also known as consumption, but popular wisdom held that the disease was inherited—and that the deceased could drain the life from relatives who survived them.

It was not ignorance “but desperation” that fueled the superstition, says Meredith Sellers of the Mütter Museum, which recently debuted an exhibit titled Dracula and the Incorruptible Body. In 1892, doctors like Metcalf could explain tuberculosis. They used professionalized autopsy tools, like those on display at the museum, to locate the damage it had wrought. Metcalf saw such evidence in Mercy’s lungs during his autopsy. But they could not cure the disease. Folklore provided a second opinion in the face of intractable fear. “People were trying anything to save their loved ones, even though, rationally, most people probably understand it was tuberculosis,” Sellers says.

Metcalf’s assurances that Mercy was not a vampire did not satisfy those hunting for an alternate explanation for the deaths in their community. In that Rhode Island cemetery, the bloody heart was set ablaze in hopes that its destruction would save Mercy’s brother Edwin, who was gravely ill with tuberculosis. He died six weeks later.

Folklorist Michael Bell has spent his career tracking these “vampire panics.” To date, he’s documented 86 vampire autopsies in the United States since 1784—he prefers the term “therapeutic exhumations”—but believes many more went unrecorded. Typically, the discovery of vampires coincided with outbreaks of tuberculosis, with many in New England in the 19th century; the disease caused an estimated 25 percent of deaths in the Eastern United States in the 1800s. And the superstitions spread and lingered. The last known therapeutic exhumation occurred in Pennsylvania in 1949, following yet another tuberculosis death.

It’s really no surprise that these vampire hunters often found what they were looking for, Paul Barber wrote in his 1987 study “Forensic Pathology and the European Vampire.” Reviewing the folklore around these bloodsuckers and the science of death, he noted, “Far from being merely fanciful horror stories, the vampire stories prove to be ingenious and elaborate folk-hypothesis that seek to explain otherwise puzzling phenomena associated with death and decomposition.”

When an exhumed body’s hair, fingernails, and even teeth appear to have grown, when its complexion is ruddy and its skin is warm to the touch, when blood can still be found in the heart, is that not evidence of continued life? When the dirt above a grave has been disturbed and the body has moved in its coffin, is it not logical to conclude the undead have risen? And when there is blood on its smirking lips and it appears to have gained weight in the grave, is it not right to fear that it is a vampire that has been feeding on the living?

These phenomena are now all well understood as typical of decomposition. The skin shrinks (making, for instance, nails appear longer and the canine teeth more pronounced), the blood separates, and decay begins, producing heat and gasses that can bloat a body. But the vampire’s grip remains strong because “this understanding has not reached most of us yet,” Barber wrote. “We do not choose to spend a great deal of time thinking about how our bodies will decay after death.”

Folkloric practices such as vampire autopsies emerge when people don’t understand—or don’t want to accept—scientific explanations, Bell says. “The current coronavirus pandemic has already generated a lot of folklore,” which we describe as conspiracy theories or misinformation today—“and of course, there will always be quacks,” he says. “But when you are faced with an intractable condition, you’re going to try to find the answer wherever you can.”